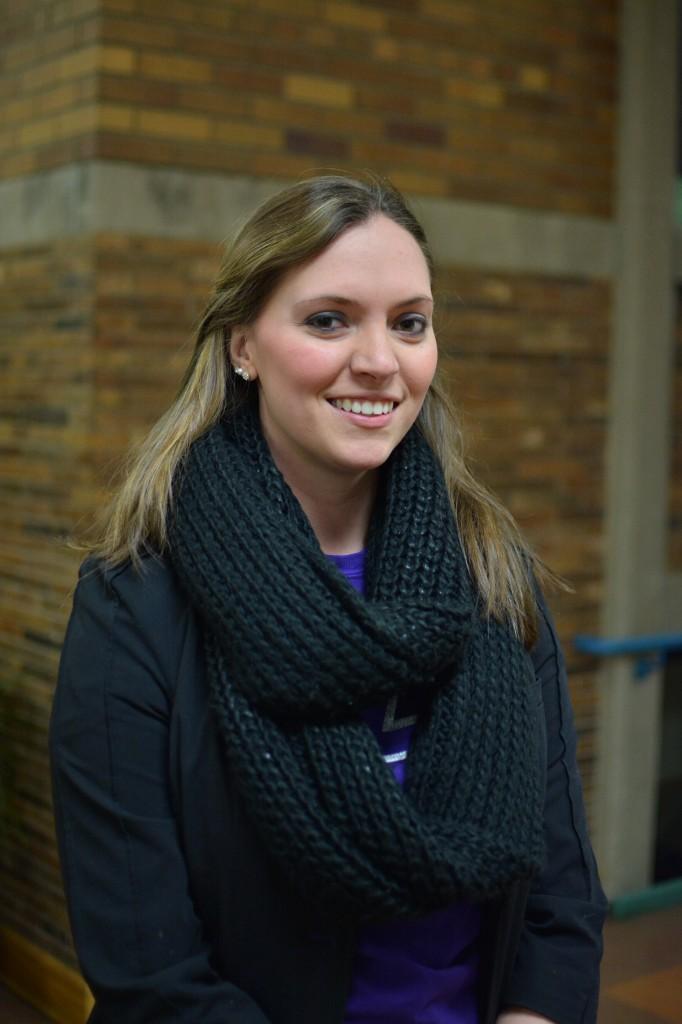 Maddy Zaccagnini, a junior biology major with a chemistry minor

Why are you running for secretary?

I am running just because I want to first, keep everyone in check and organized with the SGA class reps and executive board.  This past year has been a little rocky, so I want to [move] the numbers up and then make it more enjoyable for everyone else in SGA. I want people to enjoy Gannon, think of it not only as academics, but having a good time here and getting a lot of leadership abilities and just experience before they go out into the real world.

I love being secretary. I was secretary of my Key Club when I was in high school, but because I’m in a lot of other organizations and I spread myself thin… I just felt like secretary was more for me. But I mean, I’ll be whatever I need to be as secretary.

What are your goals if you’re elected?

I want SGA to be more involved in the big events that happen on campus, especially Preview GU, the orientations over summer — so we’re working with the students.  So I want to try that. And I just want to work more with of our classmates.

I mean, I was even on the GUTSC — which is the Gannon University Team Spirit Chair this year and I realized how much people don’t know what SGA does.  I want to get more of a name out there, because GUTSC worked with the athletic department and we came up with certain school spirit things, the victory towel, Chuck a Puck for the hockey team — stuff to get students to rally together and root for our teams.

Why/when did you get involved with SGA?

Funny story. I really was thinking about transferring my freshman year, so it was really between transfer or get really involved at Gannon.  I actually tried the transferring, but I didn’t get in to my dream school, so I joined SGA because a lot of my friends were involved in it.  And then I also got into the rest of my clubs, like TriSigma.

I also got into TriBeta that year as well. It was just one of those weird things.  I was a class rep.  I started to know a lot of people.  I started to network. It made me actually feel a part of Gannon.  Because when I was in high school, I was in a million clubs… but freshman year I did nothing and I hated it, so it made me happy.

What have you accomplished on SGA?

For myself, I’ve definitely promoted a lot of getting more students involved with the athletics and trying to gain a more developed sense of team spirit.

Why should students vote for you?

I guess students should vote for me because one, I’m very loyal and I’m very trustworthy. I like to maintain order and I’m very good at networking and all around I’m always here for everyone. I care for a lot of people; it’s one of my good/bad qualities.  But I want to do stuff for the students; I don’t want to not be on student government and not do anything.