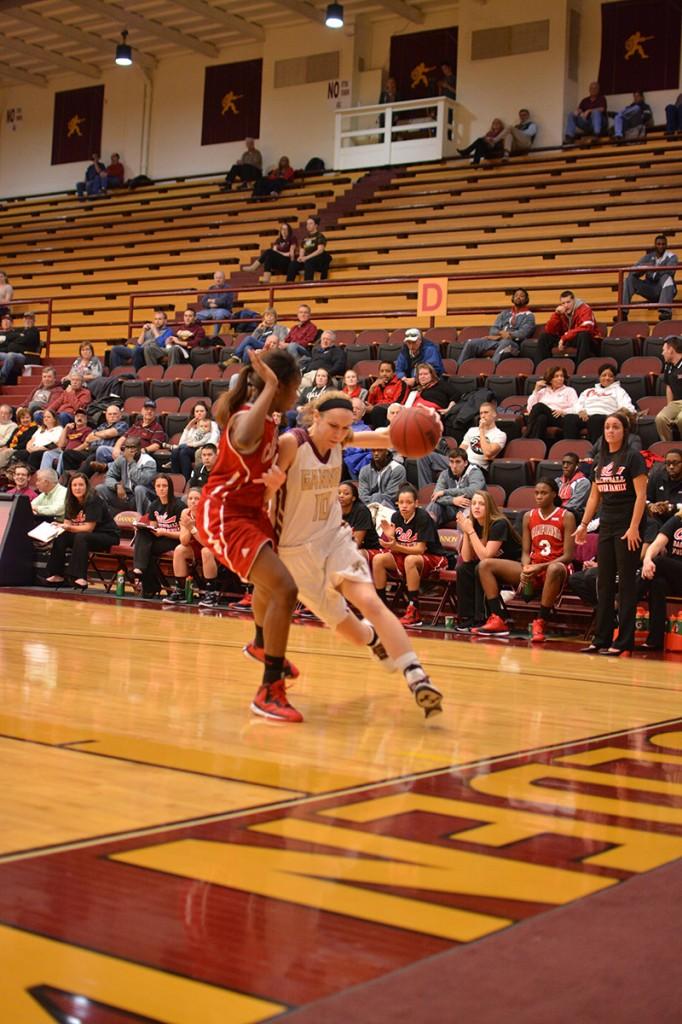 The Gannon University women’s basketball team looks to be rounding into form at just the right time, completing its second straight 2-0 week by defeating Le Moyne College 74-71 and California University of Pennsylvania on the road 69-63 in overtime.

The Knights, 19-6 overall and 17-4 in Pennsylvania State Athletic Conference play, were looking to sweep rival California – the second-place team in the PSAC West – Saturday.

Earlier in the year, Gannon defeated Cal 71-63 at the Hammermill Center, where the Knights hold an 11-1 record on the year.

Gannon held the Vulcans to 30 percent shooting in last week’s game, but put them on the free-throw line 31 times, and they made good on 21 of those attempts.

Gannon held a 52-29 rebounding advantage against California and overcame 24 turnovers to defeat the Vulcans.

The Knights appeared to be in control during regulation play, as they led 57-48 with just under six minutes remaining. But California scored the next 11 points to go up 59-57, and it took Hendricks’ jumper from inside the paint with 39 seconds to play to tie the game at 59-59 and send it into overtime.

The Knights held Cal to 1-for-8 shooting in overtime while shooting 4-for-6 in the extra period. Blake hit a pair of layups that turned a one-point lead to five at 68-63 with 57 seconds remaining in overtime, and that proved to be the difference.

Junior point guard Amanda Berchtold said the California win in particular was a big one, but Wednesday’s 5:30 p.m. matchup against Seton Hill at the Hammermill Center will be big to secure playoff seeding and to play for the seniors.

“With only one conference game left, it’s important to finish strong to get a good spot for the playoffs,” Berchtold said.

“We’re really focused on playing for our seniors and to keep winning so we can give them more games.”

Seniors Blake, Hendricks, Batts and Sebald, who celebrated their 100th victory as a group in the win over California, will be honored at Wednesday’s game against Seton Hill.

Tuesday’s win over Le Moyne was the Knights’ first nonconference game since Nov. 29, when they lost to Grand Valley State 95-72.

Sebald led the Knights past Le Moyne with 19 points, Batts contributed 16 and Blake added 15. Batts and Sebald combined for five made 3-pointers and nine assists on the evening.

The Knights shot 52 percent from the field and capitalized on  18 Dolphin turnovers by scoring 28 points.

Le Moyne was led by Emily Greer and Vandell Andrade, scoring 17 points each and snagging 17 rebounds between the two forwards.