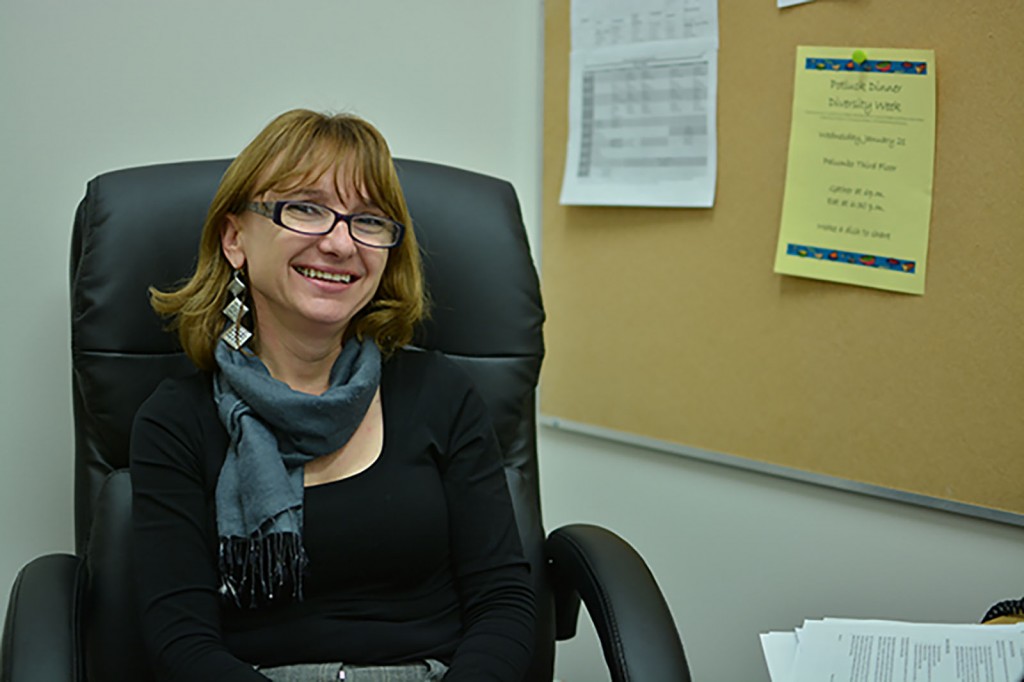 Gannon University welcomed Mariana Palade Syrotiak, the newest director of the English as a Second Language (ESL) Department, on Jan. 5.

In earning the director position, Syrotiak has filled a spot that had been empty since summer 2014. The position was previously filled by Tim Hartigan, who left the job after heading Gannon’s ESL department for about a year and a half.

Basically, this means that Syrotiak will be responsible for making sure that all of the international students who need help with English are provided with the necessary instruction and support that they will need in order to be successful at Gannon.

This is clearly no simple task. However, Syrotiak’s impressive resume, which includes speaking English, Romanian, French, Spanish and studying Russian and Thai, has provided administrators with more than enough confidence in her ability to meet the demands of her new position.

A native of Romania, Syrotiak has had an extensive amount of experience and exposure to the fields of language, culture and the arts. She began by earning her bachelor’s degree in theatre and puppetry, from Universitatea de Arta Teatrala si Cinematografica (UNATC) in Bucharest, Romania.

After that, she earned two master’s degrees, one in teaching English to speakers of other languages and the other in intercultural management. Both of these master’s degrees were from the School for International Training (SIT) in Brattleboro, Vermont.

Syrotiak has also served as an adjunct professor, teaching English for academic purposes and graduate courses in organizational behavior and intercultural communication at SIT; the same place she earned her master’s degrees. Then, as the manager of SIT’s graduate certificate programs in peacebuilding and conflict transformation, she had the opportunity to work with professionals and graduate students from more than  80 countries.

Most recently, Syrotiak has directed the INTERLINK Language Center’s ESL program at West Chester University and served as an interim director of the same program at Indiana State University.

Patrick Korn, a freshman sport management and marketing major who is enrolled in the ESL program, came to Gannon from Landshut, Germany, in the fall.

Korn said he is very happy with the ESL department, specifically naming its very friendly and helpful staff as the highlight of his experiences. However, he also had a good suggestion for Syrotiak as to how she could make his experience with ESL even better.

“I’m the only person in the ESL classes from Europe,” he said. “It would be nice to be able to work with some other European students or faculty that I would be able to relate with on a more personal level.”

Regardless as to whether Syrotiak will be able to make these specific changes for Korn, it will be interesting to watch how the program develops and changes under her newly appointed leadership.