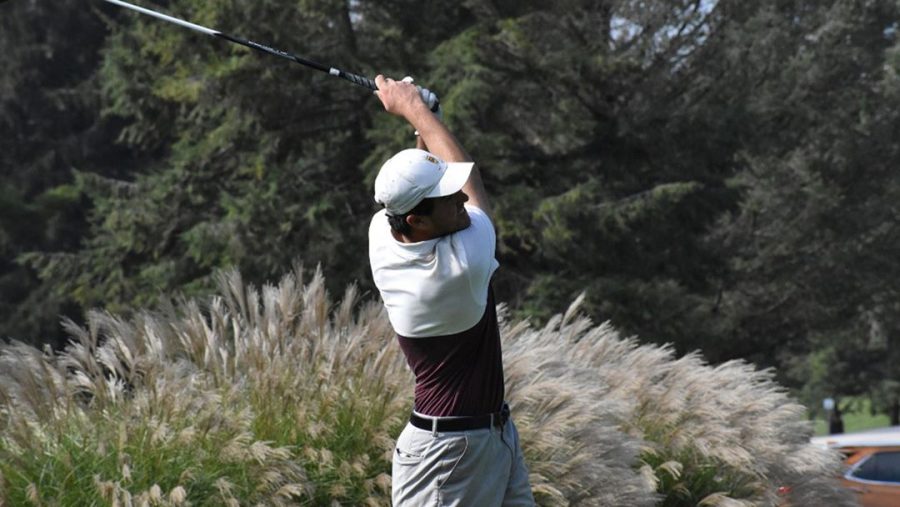 The men's gold team had a strong performance at the Atlantic East Regional Preview. Abe Homes (pictured above), shot an 80 on the opening day.

On Sunday, the Knights sat tied for fifth among 23 teams competing in the tournament and wound up finishing in a tie for fourth place after improving their score by two strokes.

The star of the Sunday portion was junior Abe Holmes, who in addition to being second on the team with a 73.7 average, shot an 80 on the opening day of the tournament and was tied for 64th in the field of 116 players.

Freshman Elijah Ruppert kept the Knights in contention with a score of 3-over-par 75 and at the time was tied for ninth.

Ruppert’s opening day round was padded with three birdies on the day.

Meanwhile, senior Jacob Mertz stayed a stroke behind, scoring a 76 (+4) and at the time was tied for 22nd.

On the second day, the Knights slightly improved to move up one spot in the final standings.

For the tournament, the Knights finished tied with fellow PSAC-rival West Chester at fourth and missed out on a second-place finish by one stroke.

Both Holmes and sophomore Connor Bennink had strong performances, with Holmes finishing the day at an even-par 72.

Meanwhile, Bennink tied for seventh place to keep his streak alive of top-10 finishes, as he shot 77-73-150.

For every tournament the Knights competed in during the 2021-2022 academic year, Bennink finished in the top 10.