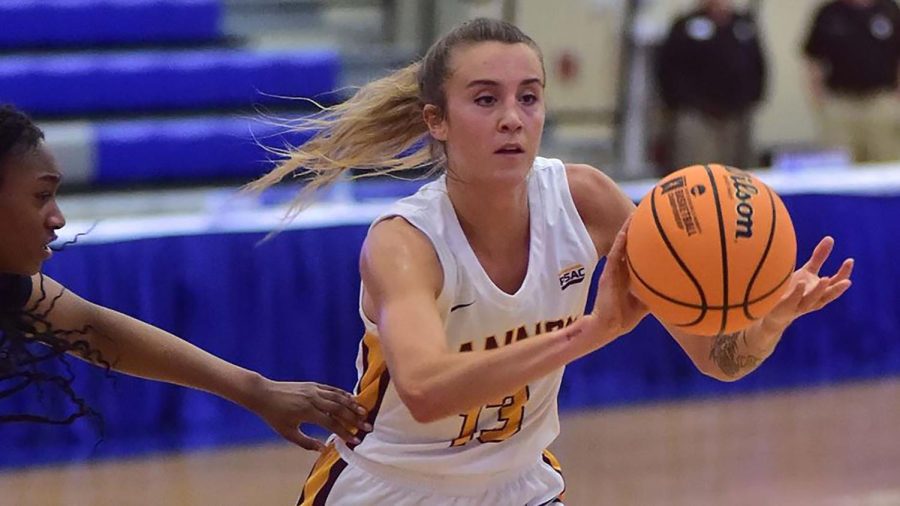 The loss ended the Knights’ season and left them with a 24-7 mark while Shepherd lost to host Glenville State, 82-70, the following night in a tournament semifinal game.

The Knights held a slim 89-88 lead with 58 seconds left in the second overtime when Shepherd went on a 5-0 run to end the game and send the Rams to the next round.

Shepherd guard Abby Beeman tallied seven of the Rams’ 12 points in the second extra period to give them the surge they needed.

For the Knights, “25” seemed to be the magic number Friday night, as Emma Wright and Sam Pirosko each scored 25 points to lead the team.

Gannon also had 25 turnovers, which was a big contributor to the loss.

Those turnovers helped the Knights squander a 19-point lead they held in the second quarter.

While the Knights led 43-31 at the intermission, Shepherd quickly cut into that deficit.

But Gannon stormed back and carried a 59-54 lead into the final frame.

After a pair of late free throws by Tori Obenrader gave the Knights a 75-72 lead with 52 seconds left, Beeman would split a pair of free throws to make the lead 75-73.

Following a Sydney Mitchell turnover, Beeman missed a jumper in the paint, but the Knights’ failure to box out came back to bite them as Sydney Clayton put the second-chance layup in to tie the game at 75-75 with 15 seconds left.

The Knights allowed seven offensive rebounds in the contest.

Coach Cleve Wright called a timeout with 14 seconds left to draw up a final play to win the game for Gannon.

However, no shot was taken as an Emily Poling turnover sent the game into overtime.

A similar event happened at the end of the first overtime when Pirosko turned the ball over with a second left, which sent the game to the final overtime.

Emma Wright said in a postgame interview posted on the Gannon athletics website that the game showed just how much fight the Knights had in them all season.

“Any day of the week we want a different outcome, just for each other,” she said. “When I look to the girl to my right, I just want it for her. And I know all of our team wants that too, so I think that’s what the worst part is.

“But I am proud of what this team gave this year, and I wouldn’t want to stand next to any other team or be in any other locker room, and I know every other girl in there would say the same thing.”

Wright’s coach – and father – Cleve Wright said afterward he was proud of his team.

“Lots to build on for the future.”