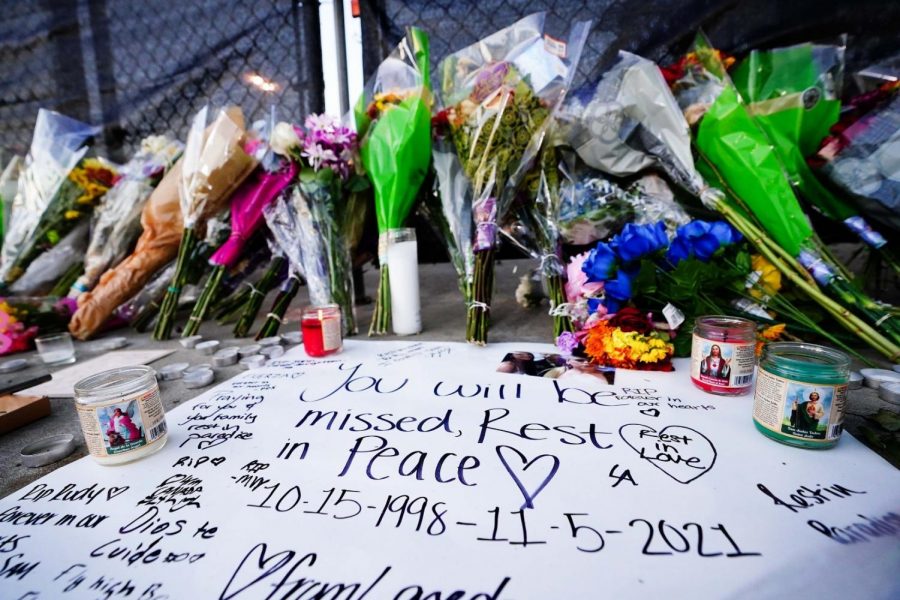 His entire career, Travis Scott has been an entertainer.

Houston native Scott dropped out of the University of Texas to chase a career in music and studied under Kanye West in 2012. Scott was influenced by West in his inclination to imitate his cultural conglomeration.

Scott’s first studio album, “Rodeo,” brought his rise to fame, when it was released by Epic Records in 2015.

Scott is known for orchestrating large-scale shows and experiences. He is a man of few words and little expression. Instead, he has defined his career by his ability to invite energy into a space and cause concertgoers to act accordingly. He is able to facilitate concerts that have been compared to riots.

“Raging” is Scott’s word for what goes on at his shows, and raging it is. In a 2015 GQ segment called “How to Rage with Travis Scott,” Scott details the inspiration behind “raging” that was largely taken from WWE wrestling. Mosh pits, stage diving, crowd surfing and even stampedes are all common at a show put on by Scott. It is utter mayhem.

There was even a concert review in 2015 titled “I Tried Not to Die at Travis Scott and Young Thug’s Show Last Night,” which illuminates the imminent danger that has a weird way of bringing fans together into a makeshift family.

Despite his lack of physical expression, fans have long said that Scott seems to be able to interact with every person in the crowd and make them feel seen, even throughout the madness. In “Travis Scott: Look Mom, I can Fly,” a 2019 Netflix documentary chronicling Scott’s rise to success, a fan said, “You can fall and everyone will pick you up. It’s weird how someone’s music can turn everyone into such a family.”

That is, until the third Astroworld Festival, which occurred Friday in Houston.

Eight people were killed and hundreds were injured at this year’s Astroworld Festival after a large crowd began pushing their way toward the stage.

Authorities are still investigating the cause of what they’ve called this “mass casualty.”

Madness and mayhem are not uncommon at concerts, especially in the hip-hop or even punk rock scenes. Normally, this does not equate to danger, if a concert is run properly with the right amount of precaution and concern.

At the Lollapalooza Festival in 2015 in Chicago, Scott encouraged his fans to rush the barricade and flip off security, all while inciting the chant “we want rage.” Scott’s set was cut off after five minutes after a 15-year-old girl was injured.

Scott pleaded guilty to reckless conduct and was placed under court supervision after this incident.

Encouraging unsafe behavior from a primarily young crowd never ends well. But until this year’s Astroworld Festival, it has never turned deadly, although many have been injured at shows put on by Scott.

Many have criticized Scott for continuing the set at Astroworld while casualties were occurring in the crowd. Whether he knew what was happening or not is technically unknown, but authorities have said that they worried that ending the show early could have caused rioting from Scott’s die-hard fans.

Scott said in an Instagram video that he did not realize the extent of the situation and stated that typically he pauses concerts to make sure his fans are safe.

People have also criticized Scott for this apology, saying it did not seem genuine or sincere and was merely a PR move.

Scott’s representatives said that he would cover all funeral costs for those who died at Astroworld and would also issue refunds to all who purchased tickets to the festival. The rapper also canceled not only the second day of the festival, but also his upcoming show in Las Vegas. The commercial for Astroworld was also removed from YouTube.

Scott’s claim to fame has quickly turned into a flaw after the tragic events at Astroworld. It seems to be the result of a culmination of years of encouraging extreme and unsafe behavior and the continuation of a culture of “raging.”

Images of injured fans, ambulances and stretchers and individuals engaging in crazy stunts have not derailed Scott’s radical career — instead only serving to illustrate it.