An open letter to those who are grieving 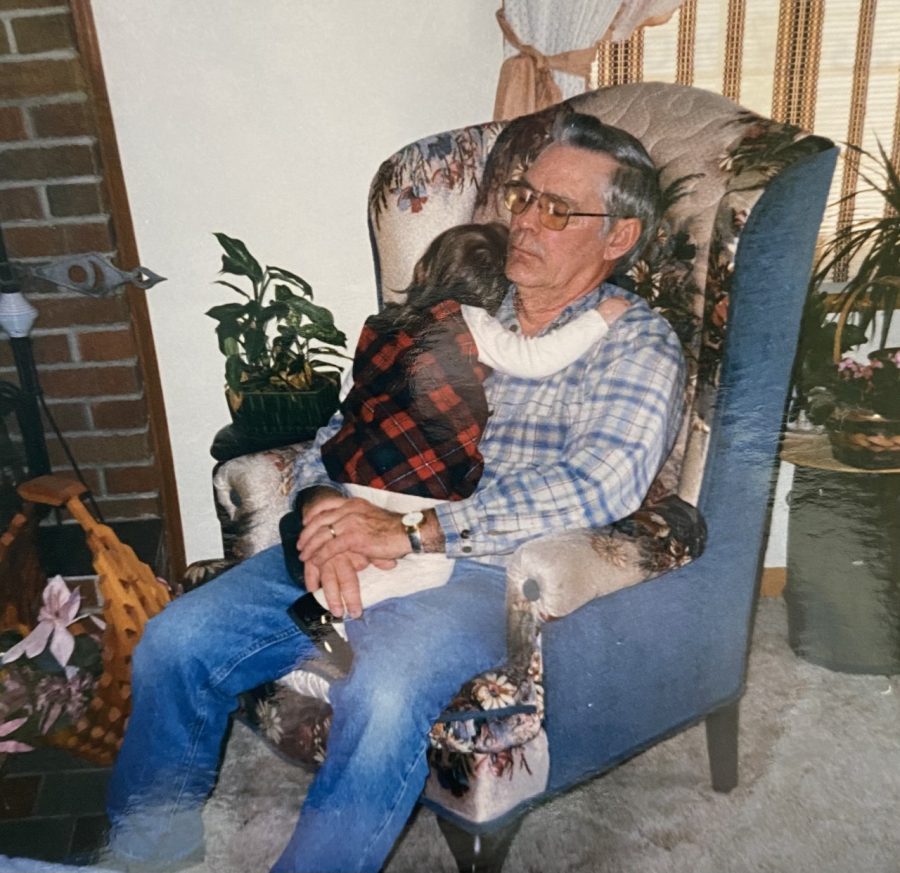 This week I had planned to write about the new Demi Lovato YouTube series that looks at her struggles with addiction, but alas, that did not happen. Things don’t always go the way you plan.
Instead, I received a call Friday afternoon that my grandfather passed away. Since then, it’s just been hard to function. I cannot think of anything else I would have the capacity to write about than what I’m feeling right now.
I want to say it’s hard; it’s unfair. I want to kick and scream and cry until my body falls back asleep just for a while. That won’t fix anything though.
I spent an abundance of time with my grandfather. I would sit in the living room outside of his bedroom, where he spent most of his last days. There was this almost brash juxtaposition between the living room and the bedroom.
Right outside the entrance to his bedroom, hanging on the wall, was a portrait of my grandfather in his Marine uniform. He’s dressed in full uniform attire with his hat slightly tilted and the corners of his mouth trying not to curve upward, probably just after cracking a joke.
Just past his portrait, you could see into his bedroom where he was sick. He was a shadow of the man I remembered my whole life, as he would cough so heavily, and between broken breaths he would call my name. I found myself being the one to hold his hand at his bedside and kiss his forehead at night.
He never complained. His discomfort, the long days, how everyone looked at him, the pain – how was he the only one able to act sane? My grandfather was the rock of my life and to see that rock crumble was one of the most excruciating experiences of life.
In the portrait, he was so young and full of life, yet he was still the same stoic man I knew growing up. Now I am tasked with cleaning and polishing his Marine dress cap to place in his casket with him.
Thankfully, or unfortunately, however you look at it, I’ve been through the stages of grief multiple times now but none that has affected me quite like this will. I find something that helps me is surrounding myself with family and thinking about old memories. So here are some of the things the most beloved man of my life taught me:

1. Life is about the ones you love.
When my grandfather started dating my grandmother, she was only 13 years old. She became engaged while in high school, and every day when her parents gave her money for school lunches, she saved the money to buy my grandfather a wedding band. They married shortly after high school, and the wedding band has been so worn out that the small beads that once lined the edges are all rubbed away.

2. Your career always comes first.
My grandfather was a Marine, a fire police chief, the regional sales manager at Penn-Union, a school board president and a farmer. He was always busy doing something. I would sit in his chair as a little girl, waiting for him to come home, and I’d fall asleep by the time he would return. Thankfully, I was the only one allowed in his chair because he spoiled me rotten. Even in his last months, he made sure I was keeping my grades up and focused on making it as a journalist because that’s always been my dream. Even now, my focus is always on my career so my hard work will pay off and allow me to live a life I am happy with.

3. When things get hard, so should you.
My grandfather battled and won against lung cancer and brain cancer. He broke almost every bone in his body. He had multiple medical conditions. If I listed them all, it would take this entire newspaper. The one that finally got him was esophageal cancer, but man did he put up a fight. He got tough each time. Sometimes he needed to ask for help, sometimes he was able to push through on his own, but just because something was hard didn’t mean it was any less accomplishable. I find myself thinking about this as I have no idea how I’m going to make it through the end of the semester with a completely shattered heart. But I’m ready to get tough.