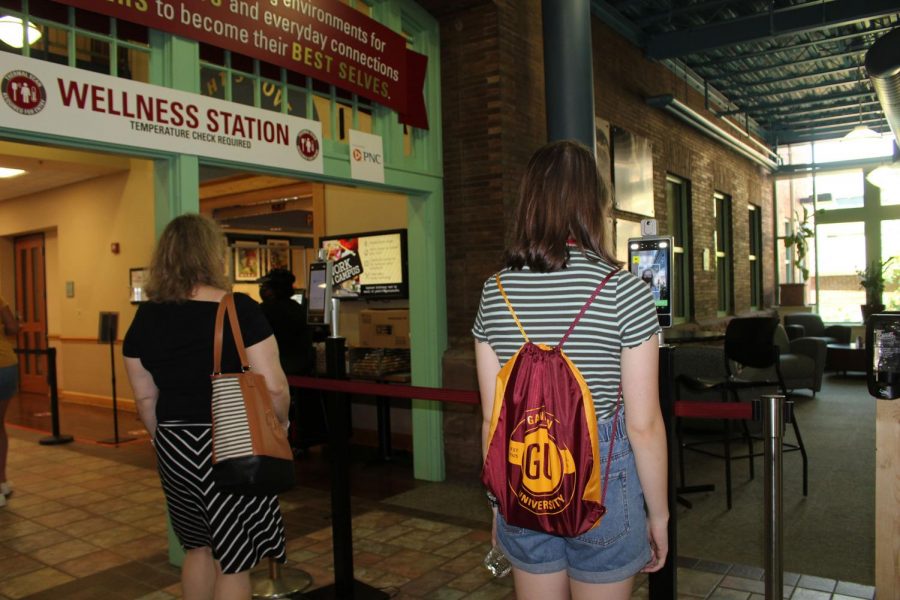 Gannon University has experienced a sudden spike in coronavirus cases among students on campus since the Labor Day weekend.

On Saturday, Gannon experienced the largest number of active cases, 13, and individuals quarantined 79.

However, the most recent number of cases is 13, with 67 individuals in quarantine for being in close contact with an individual who tested positive.

In an email to the Gannon community Thursday afternoon, university President Keith Taylor, Ph.D., updated the students on the sudden uptick in cases.

“Our on-going testing and screening program has revealed a number of new cases,” Taylor said, “most of them being asymptomatic students.”

Large portions of the students affected were athletes.

Two of the athletic teams were hit with coronavirus cases and a number of athletes were quarantined.

As a result, the activities for both teams have been suspended for a week, while the remaining athletic teams have transitioned from team workouts to independent workouts.

Gannon would not comment on which teams were affected by COVID-19.

According to Doug Oathout, chief of staff and director of marketing and communications, the recent spike in cases can be linked to a couple of factors.

“Our contact tracing of each of the cases did not show significant common denominators,” Oathout said. “Beyond some traveled for Labor Day and some were exposed to positives outside of the Gannon community.”

Oathout reiterated that students need to be cognizant of how many different students they allow into their pods, as some of those close contacts were due to students visiting each other in dorm rooms for an extended period of time.

Oathout stated his confidence in the Gannon community.

“By and large, Gannon students are doing the right things,” Oathout said.

Although the spike in cases can be a cause of concern for the students, some still remain confident in the university’s ability to combat the virus and mitigate the spread.

Phillip Vargo, a senior business administration major, said that although the spike was concerning, he was not surprised. He also said he still feels safe while on campus.

“I’m confident that the university has a viable plan,” Vargo said.

“Gannon has accounted for the possibility of a spike like this happening when the decision was made to return students and faculty to campus.”

Jon Miller, a junior physician assistant major, continues to not have any worries about the coronavirus while being on campus.

“I think the students at Gannon are conscientious of our circumstances,” Miller said, “and are continuing to follow the guidelines of wearing a mask and keeping their distance.”

For the most part, students are continuing to follow the rules and adhere to campus guidelines. However, some students are beginning to realize how easy it is to become relaxed and forgetful.

Mac Hewitt, a senior mechanical engineering major, thinks that the recent spike is due to complacency.

“This pandemic has dragged on for so long,” Hewitt said.

“People are starting to become complacent with the rules and regulations that are in place to keep people safe.”

Gannon will continue its testing and screening protocols in order to find cases and stop the spread.