‘Avatar: The Last Airbender’: A retrospective 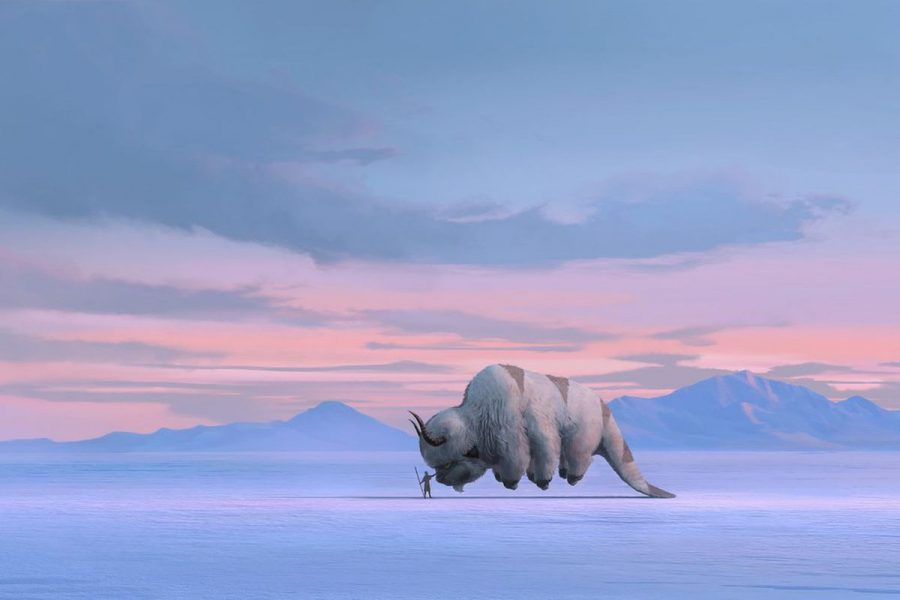 It is no secret that “Avatar: The Last Airbender” is one of the most critically acclaimed shows of our time, and the series is getting a live-action adaptation soon.
While theories circle around about how this adaptation will pan out, it is worthwhile to know where to find the original cartoon as well as its sequel show, “The Legend of Korra.”
“Avatar: The Last Airbender” came out in 2005 and quickly skyrocketed in popularity. The show takes place in a world where a certain number of humans can use elemental powers.
“Water. Earth. Fire. Air.” These words spoken at the beginning of each episode provide a general summary of how the world of the avatar works.
As simple as the opening theme sounds, the actual show is much more in-depth. Aang, the main character of the series, is searching for teachers of the elemental arts in a war-torn world.
Along with brother and sister Sokka and Katara, Aang quickly discovers that the world has changed in his many years away. Now together they must defeat the fire nation and restore balance to the world.
While rich in themes and character growth, it is worth mentioning that the show balances heavy messages with light humor.
The show has been hailed countless times over the years and even won a Primetime Creative Arts Emmy Award for Outstanding Individual Achievement in Animation. The show was available on Netflix in 2011 but taken off after a year or two.
Recently it has returned to the streaming giant, and hopefully it’s there to stay.
If you have watched “Avatar: The Last Airbender” and seek more of the awe-inspiring bending world, look no further.
“The Legend of Korra” is the sequel show you have waited for. After Aang has passed, people search for the next avatar.
This new avatar is a water bender named Korra, and the series follows her around as she navigates the new city created by her past avatar Aang. As she tries to fill his shoes, she learns not everyone fits the mold they are expected to. That is what makes “The Legend of Korra” the perfect sequel.
The sequel understands it cannot follow the same plot as its predecessor. Korra and the new Team Avatar fight monster after monster in ways the first series never did.
Handling new stories along with flashbacks of familiar faces from the original show, “The Legend of Korra” gives a satisfying conclusion to the old team’s futures.
The new characters bring along a fresh sense of humor and a new set of problems.
“I really liked [“Legend of Korra”], and I thought that it explored a lot of things that “Avatar: The Last Airbender” could not because of the target audience,” said Cassie Ellsworth, a freshman in the pre-health program.
Evan Barish, also a freshman in the pre-health program, had this to say as well, “The themes were a bit more mature and it felt like the perfect sequel.”
This show is a must-see and it is available on Netflix as well. “The Legend of Korra” was added on Aug. 14.
The following shows have been released recently to tide eager fans over while Netflix works on the live-action adaptation.
The original creators of the cartoon recently left the project and big changes to the adaptation are being made.
It is unclear right now how it will turn out, but when it is released rest assured it will be put under the magnifying glass.