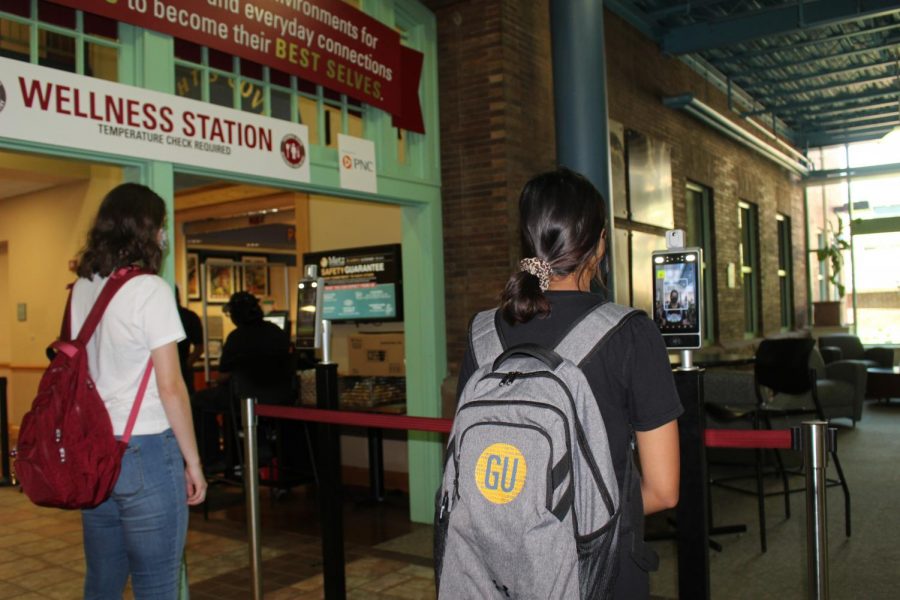 The statement, released as part of the Maroon Minute, included the news, which also appeared in Erie News Now.

Gannon attributed the findings to its established on-campus testing and contact tracing procedures.

The university said it tested more than 1,200 students in the days leading up to the start of classes at both the Erie and Ruskin campuses.

Further, the university said it would continue to test students, including faculty and staff who request a test. A method that provides results within 24 hours will be utilized for rapid testing.

Doug Oathout, Gannon’s chief marketing & communications officer, said that the university plans to test about 300 students, faculty and staff every three weeks for the rest of the semester in an attempt to track COVID-19 cases on campus.

However, due to new guidelines set by the NCAA, the university may seek to increase the frequency and number of tests, especially for student-athletes.

According to Oathout, the official decision on these changes will be made this week.

When asked what the university’s plans were for preventing an outbreak and, subsequently, another shutdown, a link to Gannon’s reopening plan was provided.

Since campus shut down and classes moved online in March, the university has worked to ensure a safe and secure return to in-person instruction.

Some of the changes to campus included mandatory mask wearing, social distancing by up to six feet and prohibition on large gatherings.

Other changes that have been instituted include reduced class sizes and split classes.

Despite relative success so far, the confirmed cases have led to student caution.

Dan Baker, a junior social work major, said that the restrictions in classes have made him more conscious.

“The restrictions don’t interfere too much with the learning,” Baker said. “But they’re prevalent enough that we simply can’t ignore it.”

“I do think an increase in cases are inevitable due to the nature of a college campus,” Sutter said. “However, I also believe Gannon has provided us the tools to mitigate the worst of the outbreak.”

Josh Staley, a junior political science major, said that while going back to school during a pandemic has the potential to be risky, he feels that Gannon has done a good job of maintaining safety for students.

“I feel that Gannon has done a good job keeping us safe,” Staley said. “Everyone seems to be wearing their masks and doing their best to keep six feet apart.”

Amy Henry, a junior biology major, said that she feels the cooperation exhibited by the Gannon community has made the return safe and easy.

“I’m not worried at all,” Henry said. “I feel Gannon is doing a phenomenal job with the new setup on campus.”

Henry further said that students were doing a great job in following the rules.

“Although Gannon has some great ideas to keep us safe, it wouldn’t be possible without the students,” Henry said. “So far, I would say almost all of the students are being honest and safe.”

For those seeking more information on Gannon’s reopening plan and policies regarding COVID-19, please visit update.gannon.edu.