A growing trend among students 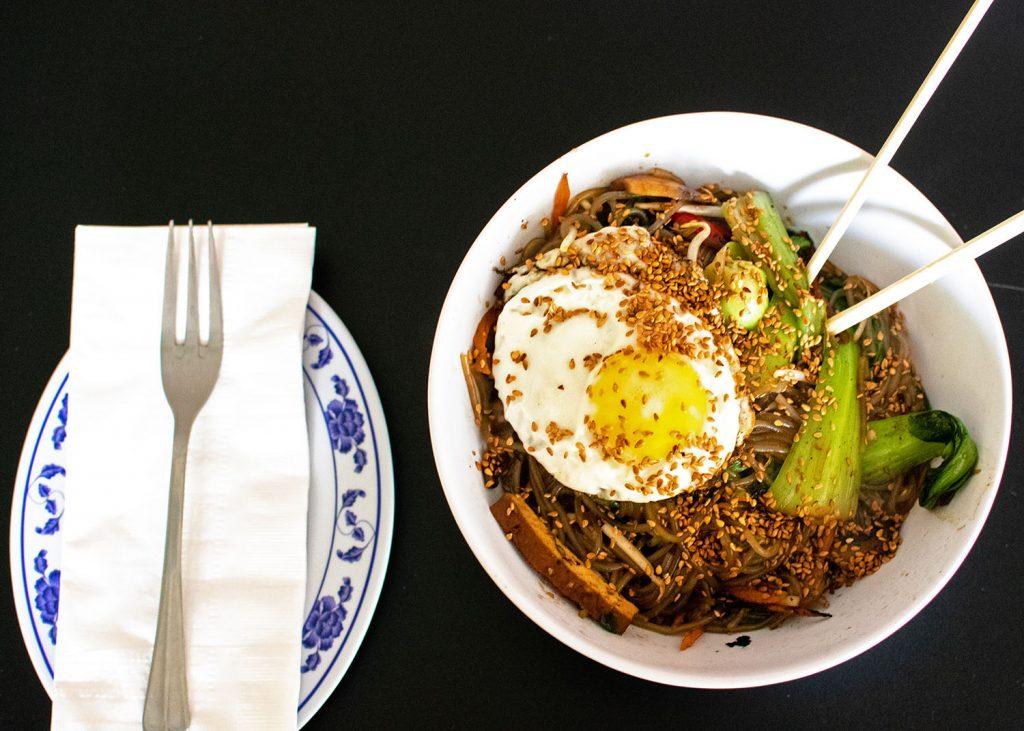 With foods like the Impossible Burger and zucchini noodles gaining popularity, it begs the question of what vegan and vegetarian meals are available to college students on Gannon’s campus.
Junior Spanish major Nicolina Cuzzola said when she became vegan her freshman year of college, the biggest challenge was finding something to eat at the dining hall on campus.
“I was a freshman and was eating at the cafeteria for most of my meals, which was probably the most challenging being vegan has ever been for me,” Cuzzola said. “Since then, they have gotten a lot more options.”
As for on-campus dining, Pete Mannarelli, the general manager of Metz Culinary Management, said his company added more vegan and vegetarian options to Gannon’s menu.
“We have been making sure we have vegetarian options on all the menus and stations,” Mannarelli said.
After doing a series of surveys and focus groups last year, Mannarelli said the results were of a population that was looking for more healthy, vegetarian and gluten-free options. As a result, Metz added the vegan nuts and beans toppings at the salad bar, as well as a smoothie bar with dairy-free milk.
“The whole industry is changing because they see the need for that,” Mannarelli said.
Students can find vegetarian and vegan options on the board outside the cafeteria. There are also vegan options at Doc’s Landing, including some grab-and-go steam bags.
Cuzzola said when eating on campus, her go-to’s are black bean burgers and the salad bar, but she likes a lot of off-campus places too.
“As far as off-campus eating, my favorites are Like My Thai, Chipotle, Blaze Pizza, Moe’s, Subway, Mad Mex and Olive Garden,” Cuzzola said. “Pro tip: Olive Garden’s breadsticks are vegan.”
Fast-food chains like Chipotle, Subway and Blaze Pizza all have vegan and vegetarian options, to name a few. Some of these items include sofritas and veggies tacos, the Veggie Delite sub, as well as vegan chorizo and cheese pizza.
With most of the menu including vegan versions of its dishes, Voodoo Brewery’s Restaurant is senior education major Allie Lee’s favorite place to get vegetarian food in the area.
Cuzzola and Chloe Kernan, a sophomore public service and global affairs major, said a common misconception is people think switching to be vegan or vegetarian is expensive.
“Buying groceries is always painful for my bank account, but shopping savvy at places like Aldi and the Whole Foods Co-op makes it easier,” Kernan said.
“The biggest question I get asked is how I get my protein if I’m not eating meat,” Kernan said. “Lots of my meals have greens, beans, nuts and soy, which all are excellent sources of energy and proteins. Also, remember this takes time to get down.” Besides shopping at local businesses, Kernan said her favorite restaurants for vegan dishes include Alkeme, the Juice Jar and Like My Thai.
Cuzzola said another misconception is that it is a considerably significant sacrifice to become vegan.
“It can be somewhat overwhelming at first because it’s a significant lifestyle change, but it’s about figuring out what works for you, and it gets easier and easier with time,” Cuzzola said.
“I became vegan for animal rights, so having that as the purpose for why I do it makes it not seem like a sacrifice to me, just a lifestyle choice.”
Similarly, Kernan said, “More young people should be exploring a plant-based diet not only because it’s better for us, but it’s environmentally smart as well.”
Senior English major Nicole Borro has been vegetarian for almost three years now and has advice for people who may be thinking about making a dietary change.
“I think the most important thing is for everyone to educate themselves on where their food comes from,” Borro said.
“I also believe that the only way to have people change their mindset is by being informed. What we eat is a huge part of our lives and making that big of a change is difficult. Whether someone wants to change their diet or not, at least through educating ourselves we can all make informed decisions that we feel are best for our individual lifestyles.”