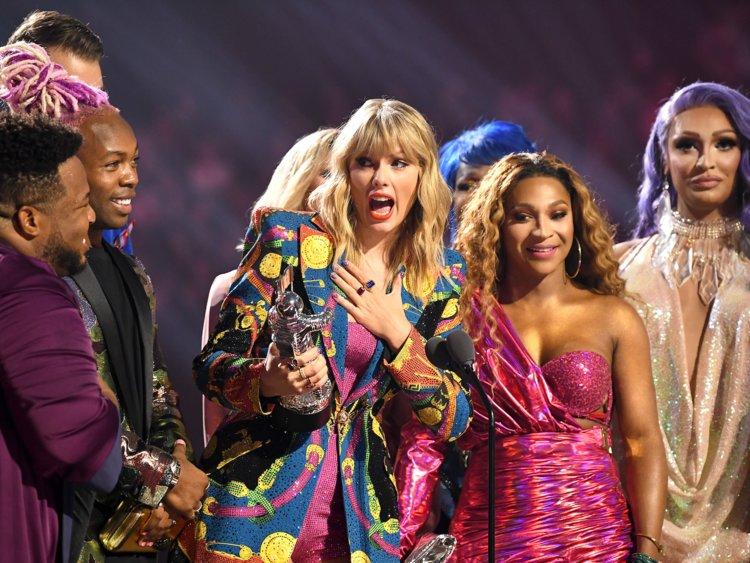 OK, let’s talk about the elephant in the room: Taylor Swift and her new album “Lover.”
Overall, I was unimpressed. I listened to the album multiple times and I was bored.
Her album lacks originality and complexity.
Not one song stuck out to me; most of the tracks sounded very similar.
Her new songs even sounded like her older ones.
For example, the melody in a previous song called “Invisible” is heard again in “Cornelia Street” on “Lover.”
Maybe to a fan of Swift this could be an intentional call-back to previous times in her life, but since I am not a fan it came off to me as lazy.
This brings me to my next point: this album is written for her loyal fans.
This is fine for the most part, but this doesn’t allow for potential new fans to really connect with what she is saying.
To me the songwriting came off as dull. While listening I couldn’t ignore the overused and weak metaphors that limited the actually beautiful melodies.
The songs seem to be written only to do well and to produce good numbers.
For example, “Archer” sounds like the backing to a poor movie adaption of a young adult novel. Also, her song “ME! (feat. Brendon Urie)” was just outright bad.
As soon as I heard the lyric “spelling is fun” I deleted the song from my phone, so that I would never have to put myself through that again.
Her songs are very generalized, which allows many people to feel a false sense of connection with Swift.
I believe that’s one of the reasons she gets so many sales on her work.
Personally, I appreciate listening to an artist that speaks about personal experiences.
I feel more connected with artists when they are vulnerable about the nitty gritty of their lives by using their unique perspective.
Letting someone permeate the barrier we put around ourselves can be so scary, not to mention when your self-expression is broadcast to the public.
This album didn’t do that for me, and again it could be just because I’m not an avid fan of her work.
That being said, just because I don’t like her album as a whole doesn’t mean I didn’t like some of the songs individually.
“Lover” might be my favorite out of the album and will be the only one I will be keeping in my music library.
I also liked her song “You Need To Calm Down,” which just won two awards at the 2019 MTV Video Music Awards.
The music video for this song deservedly won the Video of the Year award and the Video for Good award.
I only had one issue with the music video and it was with the portrayal of the homophobic, so excuse me while I get a little political.
The group that they used for that demographic was stereotyped as the uneducated, “back-woods” hillbilly.
While this may be the case, I think that the message they were trying to convey cannot be simplified into one group.
The scariest part about people who are discriminatory toward the LGBT community is that they can be people of every class.
There are also very accepting people in every subculture.
To the video’s credit, I understand that it was using juxtaposition to show the divide that is currently happening across America.
All in all, I must give credit where credit is due.
Swift has been a powerful player in the music community for many years now.
Even though she has put out a lot of art, this is the first album that she owns, and she truly is owning her freedom.
She wrote all these songs in collaboration with other people, so there is no doubt that she is talented, but I would’ve appreciated if she had used some creative license to liven things up a bit.