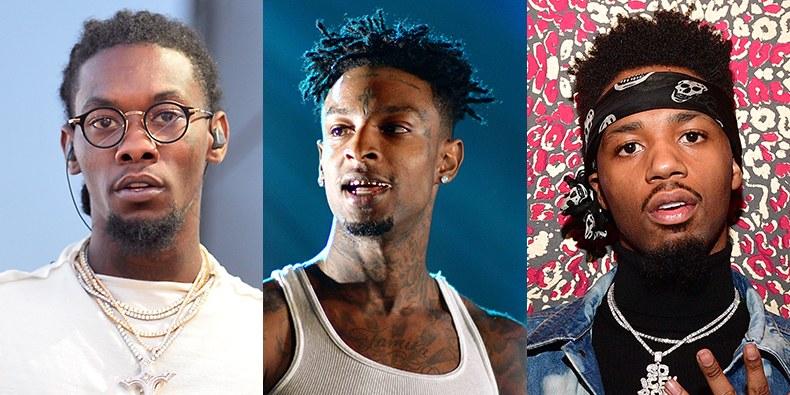 After a recent proposal, a sophomore studio album and another year of being rap’s best producer, artists Offset (from Migos), 21 Savage and Metro Boomin’ do it again.
On Halloween at midnight, the trio dropped what could be one of the greatest collaboration tapes since Drake and Future’s, “What A Time To Be Alive.”
The tape is named “Without Warning,” and ironically enough, they dropped this tape completely out of the blue with tips only from the artists’ Instagram pages, which led many to believe that they were simply dropping a track rather than an entire tape.
The project features 10 tracks. The three artists are on every single song except for “Rick Flair Drip,” which features only Offset and Metro Boomin’, and “Run Up the Racks,” which features only 21 Savage and Metro Boomin’.
The project’s star power doesn’t stop there. The tape also contains features from current hip-hop superstars Travis Scott on the track, “Ghostface Killers,” and Migos member Quavo on the track, “Rap Saved Me.”
The album itself is among some of the most incredible musical projects that have been released in 2017.
The style of the production and beats are consistent with most of Metro Boomin’s projects that he did in the past, and it especially shares characteristics of 21 Savage’s freshman album, “Savage Mode.”
The vocals on this tape are similar to what you would imagine you would get from Offset, 21 Savage, Travis Scott and Quavo. It can be described as sort of a darker, lower tone, mixed with deep 808s from Metro Boomin’ to bring it all together.
Overall, this is the best collaboration tape to drop in the past two years, and it has the chance to be one of the greatest collab tapes in hip-hop history.
After listening through this project multiple times in the hours that I have been able to, I score this tape a 4.5/5.