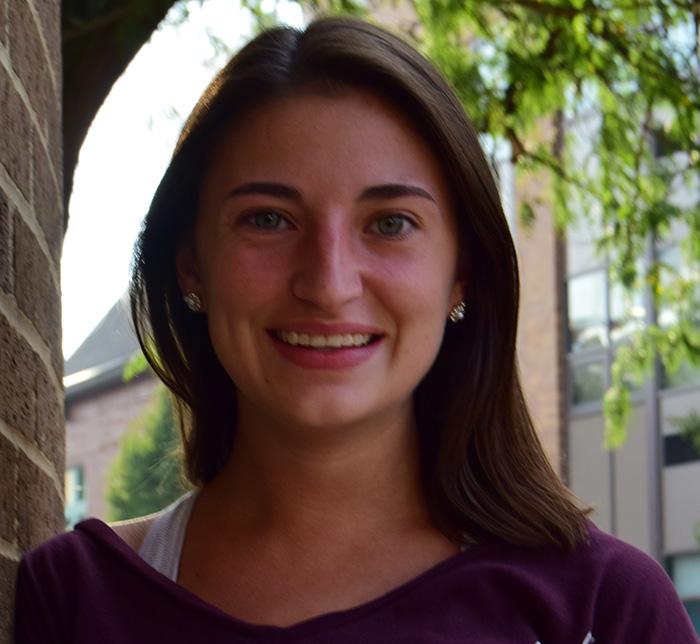 There’s a lot of reasons I am thankful to go to Gannon, but one that tops the list has to be access to professors who challenge me to think outside my comfort zone.
This semester, I’m enrolled in Dr. Kaustav Mukherjee’s Migrant Literature course, and twice this semester we have watched films in class that have brought tears to my eyes.
This week, we started “Last Men in Aleppo,” which focuses entirely on the Syrian crisis and the group of men known as the White Helmets who volunteer to provide emergency services to those affected by various attacks on civilians.
The documentary was produced by Feras Fayyad, a Syrian-born filmmaker, and it received the Documentary Grand Jury Prize at the 2017 Sundance Film Festival.
“Last Men in Aleppo” gives viewers firsthand access to the White Helmets as they drive frantically through the streets of rubble, give directions and guidance to each other, and complete their volunteer duty to help in whatever ways they can.
The film spares no gruesome details and is filled with scenes of the White Helmets responding to air attacks and car bombs. This often includes pulling bloodied survivors and children from the ruins, or even worse, recovering mutilated body parts.
It also gives insight to the internal struggles these brave men experience in their daily lives. Their firsthand accounts prove they believe they are waiting for death themselves, and their wildest dreams have been reduced to surviving the day ahead of them.
Watching the men speak to their children when they go home provides some sense of hope, but it leads viewers to question what kind of world these children are growing up in.
The fact is, there’s been trouble in Syria since 2011. Why is it that the world still doesn’t seem to care?
Last September when Libertarian presidential candidate Gary Johnson was asked what he would do for Aleppo if elected president, he responded “What is Aleppo?”
Sadly, I don’t think Johnson is alone in not knowing much about Syria, and I’m not sure if many students on campus could pinpoint the country on a blank map.
To be honest, I don’t know if I could have told you much about Syria until I came to college.
This ignorance needs to be eliminated, and it needs to happen soon.
According to the Pew Research Center, the U.S. admitted 84,995 refugees during the fiscal year ending in September 2016. As of now, the U.S. has only accepted 28,000 refugees for this fiscal year. If the trend continues, the U.S. will only accept 0.2 percent of the world’s refugee population, which is even historically lower than the years following 9/11.
Looking ahead to the 2018 fiscal year, the Trump administration has planned to limit the refugee total to 45,000.
There is a plaque mounted on the Statue of Liberty which spells out “The New Colossus” sonnet by Emma Lazarus. Part of it reads, “Give me your tired, your poor, your huddled masses yearning to breathe free… Send these, the homeless, tempest-tost to me.”
We must not lose site of this American value moving forward.
If you need a little reminder of those who need help and why American refugee acceptance must be higher, grab a box of Kleenex and stream a copy of “Last Men in Aleppo.”