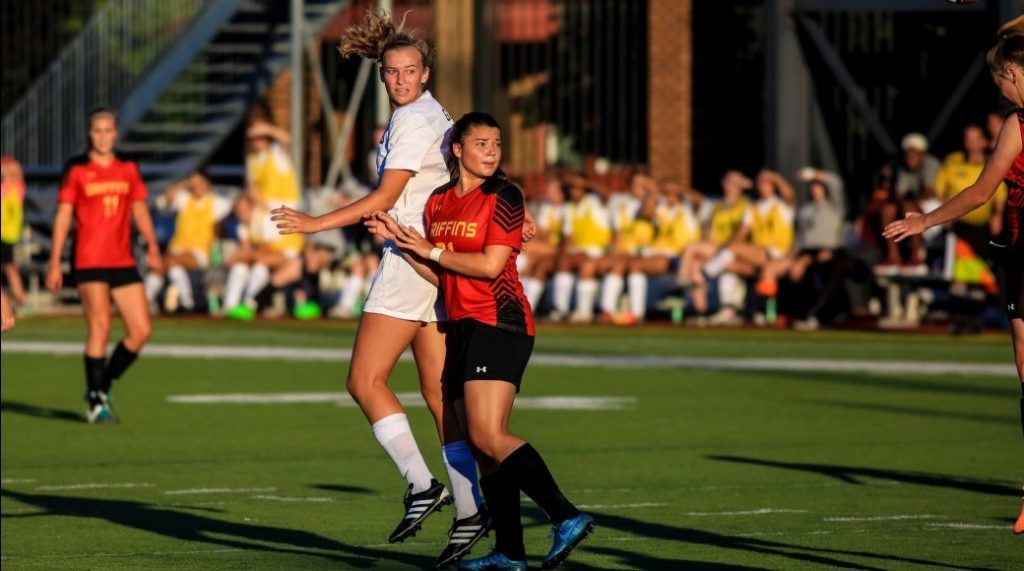 The Gannon University women’s soccer team opened its season on the road with a thrilling double-overtime win over Clarion Thursday, 1-0.

The Knights will look to make it two in a row when Edinboro visits McConnell Family Stadium for a 7 p.m. Pennsylvania State Athletic Conference match.

Gannon and Clarion remained tied 0-0 until the 102-minute mark. Sophomore Emily Cekella netted one off her head from a free kick from senior Hannah Manczka to give the Knights the victory.

While in regulation play, Gannon put the heat on Clarion, outshooting the Golden Eagles, 9-6, but they just couldn’t land a goal in the allotted 90 minutes.

Gannon and Clarion remained tied until the second overtime period. Clarion senior Stephanie Lias was given a red card in the 84th minute and senior McKenzie Sheesley followed that up with a yellow card in the 97th minute.

Clarion was down a person for most of the overtime periods due to the red card, and did not generate many opportunities to score a goal.

Gannon attempted 10 shots total on goal and the most important was Cekella’s goal in the 102nd minute of play.

Clarion fired six shots on goal and was shut out by solid Gannon defense. The Knights forced Clarion to shoot from distance when trying to score and Clarion only had one shot on goal.