Cross country off to blazing start 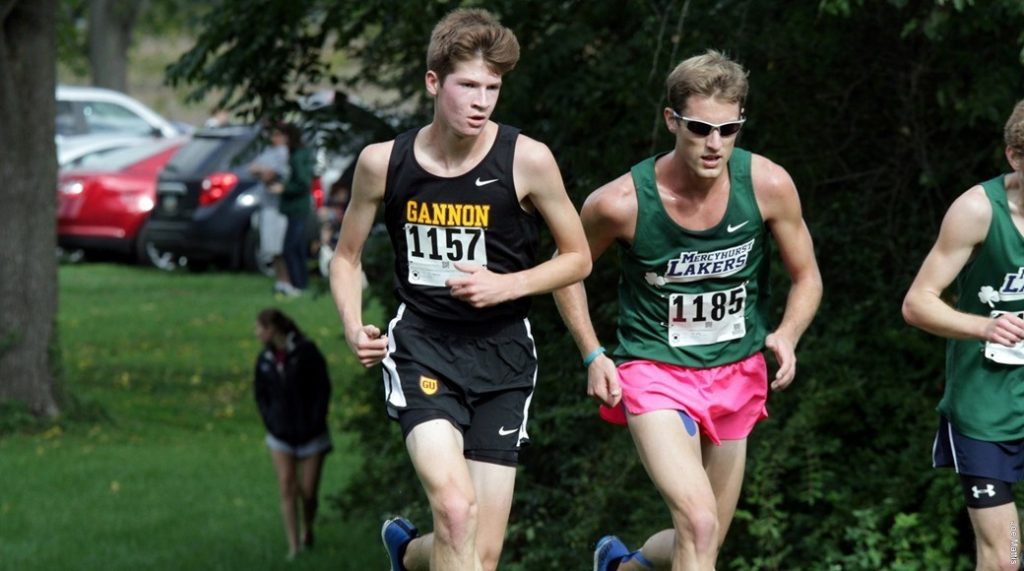 The Gannon University men’s and women’s cross country teams started their seasons off on the right foot over the weekend at the Fredonia State Invitational.

The men placed first among four in their race and the women placed second among three teams.

In the men’s division Gannon topped second-place Fredonia State as the Knights scored 23 points to Fredonia’s 35. In third was Hilbert College with 92 points and D’Youville College with 102.

Sophomore Joseph Westrick of Gannon was the individual winner for the men’s 5K race with a time of 15 minutes, 56 seconds.

Westrick said he was nervous to start but once the gun went off and he got in stride the nerves melted away. At first he started slow and controlled, but he felt the challenges of the later stages of the race so he had to quicken his pace in order to place first.

“By far the most exciting part of the day was seeing our team at the top of the team standings,” Westrick said. “Many breakout performances contributed to a clean win for the team.”

Westrick also saluted the Knights’ freshman contingent, many of whom set personal records.

The highest-placing freshman was Zach Werstler, who finished seventh with a time of 16:52.7. The freshman behind Werstler was Ryan Garich with a time of 17:06 in 11th place. Behind him in 17th place was freshman Spencer Malone in 17:36.8.

The women’s race was won by the host Fredonia with a total of 27 points, just a point in front of Gannon. In third was D’Youville with 82.

Individually, junior Brenna Donovan of Fredonia won the women’s 5K with a time of 19:41.

Wisniewski credits her success to the teammate who finished right alongside her.

“Luckily, I was able to finish the race with my teammate Meredith right behind me, urging me to finish strong and pushing me to use my last bit of strength to cross the finish line in high gear,” Wisniewski said.

“Right afterward, I felt a flood of gratitude for having Meredith by my side because finishing off the race with her forced me to push myself at the moment I felt like giving up.”

Up next, the Knights head to Bethany, W. Va., for their first time at the Bethany Invitational, which gets underway at 10 a.m. Saturday.