Cheer wraps up season in Florida 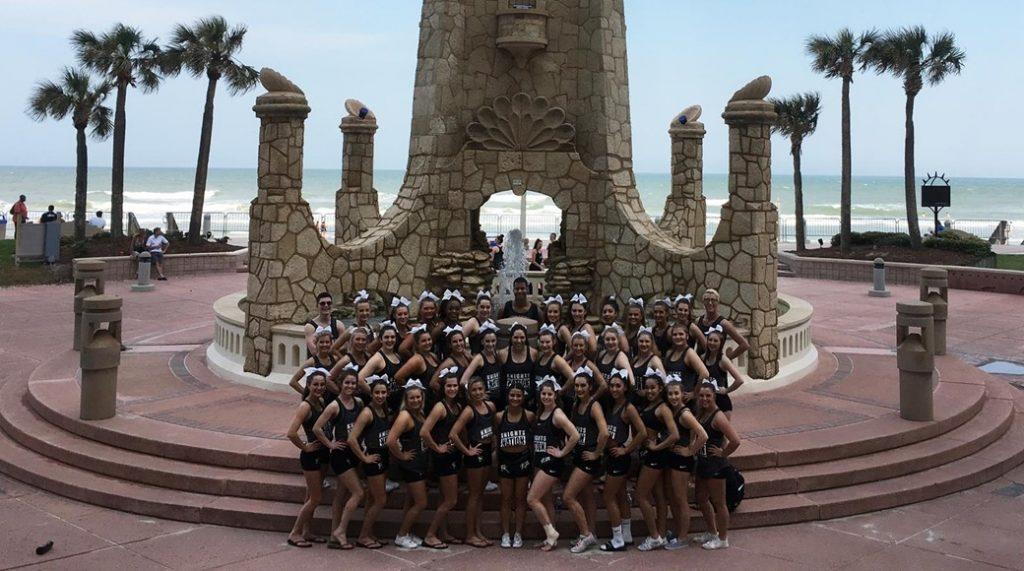 The Gannon University competitive cheer teams finished among the top five during the finals of the National Cheerleaders Association Collegiate Cheer and Dance National Championships, which concluded earlier this month in Daytona Beach, Fla.
The women’s and co-ed squads posted the best preliminary finishes in program history, and then followed up with impressive efforts in the finals.
The co-ed squad, competing in the finals for the second time, wound up fourth nationally in the Small Co-Ed Division II category with a 91.30 score.
The women’s team finished fifth in the Intermediate All-Girl Division II with a mark of 91.90 – the third time the Knights reached the finals in the four-year history of the program.
The women’s squad posted a score of 92.20 in the preliminaries, which was the second-best score in that portion of the competition, trailing only Grand Valley State, which recorded the best prelim score of 93.12. The women’s squad produced three perfect scores in collegiate image, 45-second game day and jump difficulty.
The co-ed squad earned third place at the end of preliminaries with a score of 91.25.
Blinn College took the top spot with a 93.90. The second-place spot was secured by Central Oklahoma with a 92.00.
Gannon’s co-ed team also generated three perfect scores in collegiate image, 45-second game day and jump difficulty.
Senior Danielle Munsee said she couldn’t have been happier with the outcome at Nationals, which took place April 6-7.
“Both teams had amazing performances and finishes and it was a great way to end my cheer career and senior season,” Munsee said.
In the finals, Gannon’s women’s squad was the first of the two to compete, and the Knights finished behind champion Central Oklahoma, Grand Valley State, Lander and California.
The squad walked away with a top-five finish as well as the best score among the seven-team final in stunts, pyramids, running tumbling, jumps and jump technique.
Sophomore Marley Lucas made the trip to Daytona and said it was an amazing experience to be competing among some of the best teams in the nation.
“It was great to see our hard work pay off with two top-five routines and the highest scores in program history,” Lucas said.
The co-ed squad was last to compete in the final round of the National Championship. Blinn College captured the first place finish in Small Co-Ed Division II with a score of 94.70, Central Oklahoma took second, McKendree third and Limestone fifth behind the Knights.
Gannon earned second-best scores among the 15 teams in pyramid technique and third-best in tosses, toss technique, standing tumbling, running tumbling, jump technique and average overall effect.
The National Cheerleaders Association Collegiate Cheer and Dance National Championships concluded the season for Gannon.
Senior Shelby Malone rounded out her career as a Knight with the trip to Florida and said it was an honor to be a part of the program for four years.
“Going to Daytona is like a dream come true,” Malone said. “This year we had so much talent on both teams, and everyone’s hard work definitely paid off.
“I’m so excited to see where Gannon University competitive cheer will place in the future.”