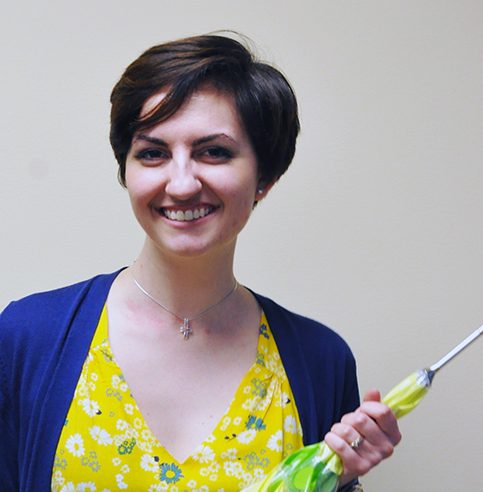 Of the few alternative media outlets based in Erie, the Erie Reader is probably the coolest.
For one thing, it’s free. The brainchild of Adam Welsh and Brian Graham, the Reader circulates almost anywhere there’s space for it – Starbucks and Stevo’s Pizza being two of its distribution points.
If that doesn’t have you sold, it has the flexibility to cover stories more in-depth, and run some notable features, like the “Rust Belt New Americans: A Showcase of Erie’s Refugee Population” gallery.
The gallery is a compilation of photography of Erie refugees and their stories by Maitham Basha-Agha, an Iraqi-American photojournalist who partnered with the Erie Reader for his project. Basha-Agha and his family relocated to Erie in February 2000, but his journalism career started 14 years later.
He covered the anti-ISIS protest in Southern Iraq as well as the Syrian refugee crisis in northern Iraq in 2014 with the background of a criminal justice degree from Edinboro. In the same year, he joined the United States Peace Corps and became an instructor of photo documentary in Botswana.
“Coming here as a refugee, I know what it’s like living in America,” Basha-Agha said. “From the struggles of learning the English language to cold snow days to attending school.
“I decided to photograph these individuals from all walks of life — those who are successful and those who are struggling.”
Looking at his photos would not tell you Basha-Agha is new to the game. The “Rust Belt New Americans” gallery captures the humanity political jargon tends to glaze over when it comes to refugees.
Ferki Ferati, for example, looks like an up-and-coming business executive in front of a portrait of Mother Theresa – all in black in white.
Ferati is “more than just a man in a suit” Basha-Agha writes. And his story continues, as Ferati recounts fleeing his homeland of Kosovo in 1999 for Erie, where he later became the executive director and vice president of the Jefferson Educational Society.
The stories behind each photograph are mostly paraphrased, and include only sparse dialogue, but Basha-Agha makes up for it in writing with attention to detail.
Shaha Ibrahim, from Iraq, tells stories about her childhood in a Syrian refugee camp following the Gulf War, where soccer balls were made from plastic bags and dinner was made from rationed rice and canned goods. A Gannon alumna with a degree in nursing, Ibrahim said she believes she was lucky when her family had the chance to come to America.
You can read these stories and others online at eriereader.com. It is also being displayed at the Cathedral of Saint Paul on Sixth Street starting Sunday.
Basha-Agha said he enjoys what he does and his camera takes him places.
He will be leaving Erie on April 25 to serve as a social media adviser in Botswana.
“I believe we all have a story to tell, to inspire, to motivate,” he said.
“I really focus on social issues and that’s the route I have taken throughout my photojournalism career.”