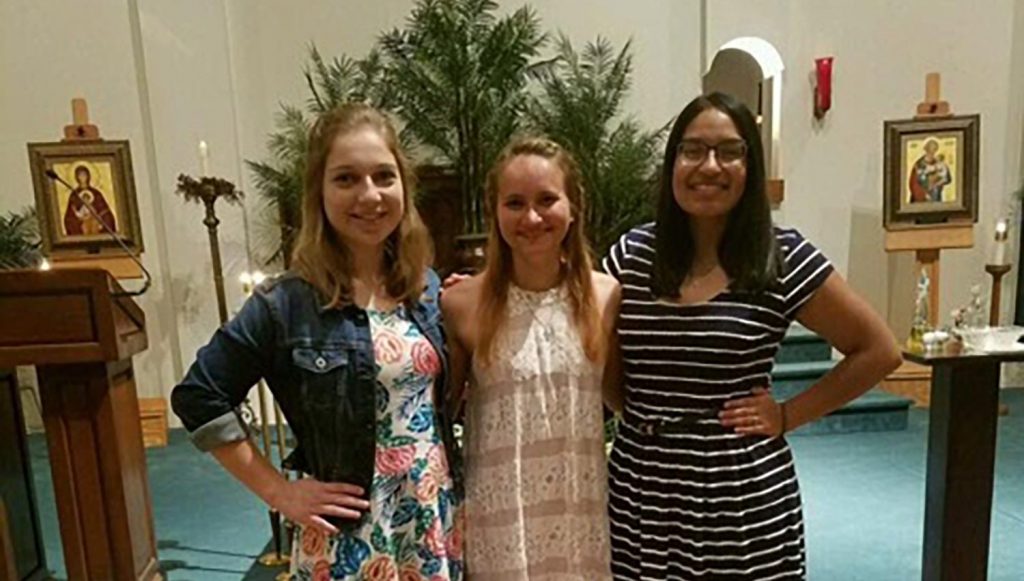 I came to Gannon as one of only three theology majors at the university. I didn’t know what I was getting myself into, but I knew that theology was where my soul found rest.
From my first sacred scriptures class, I felt that I was in the right major, and that Gannon was my home. Now, in my second year at college, I find that home has a different meaning to it.
To some, home is where we were born. To others, home is where we were raised. To most students at Gannon, home is where they currently are.
To me, home is in the future. While I consider my hometown to be a home and Gannon to be a home away from home, I know that my real home — or the place where I belong — is in the Carmelite Monastery of the Little Flower in Buffalo, N.Y.
Since I was a junior in high school, I have felt that I was being called by God to join religious life.
At a Matt Maher concert, I heard God say, “Are you willing to give all of this (meaning college, marriage, and children) away for me?”
At the time, I did not have an answer for him. I heard the call and ran away from it because I did not understand it. For two years, I remained in a place where I decided to “live my life” before deciding anything. In this time, I discovered the good and the bad of the world.
Through prayer, I discovered that I should experience college and see where that led me.
This brought me to Gannon, where I learned about true friendship, true joy and the true presence of Christ in my life.
It was at Gannon where I received my “second calling,” and it was where I began my discernment period.
During this discernment period, on Holy Saturday — or more specifically at the Easter Vigil — I got this second call.
As I was serving on the altar and focusing on the mystery of the Eucharist, my heart was opened to the idea that no matter where we are and what we do, we will always be connected by the Eucharist.
Filled with the Spirit and paschal joy, I heard God asking me one more time to be his bride.
Rather than running away, I simply squeaked out an “OK,” which grew louder and prouder as grace revealed to me what I had just done, while also weeping to myself over the beauty of it all.
It feels like it has been a long time since then, and I have grown so much as a result.
Over the summer, I discovered what it means to be a Carmelite, and in turn found the Carmelite Monastery in Buffalo.
In the two times that I have gone to visit the monastery, I have found my true home.
My home is with Jesus, and I know that Jesus is in Carmel simply waiting for me.
It has taken me a long time to fully come to where I am now, accepted into the postulancy, raising money to remove the student debt I collected while at Gannon.
There are no other words for me beyond gratitude for all that I have received. Through my friends, campus ministers and professors, I have seen Christ.
To them and to all of you, I say thank you. Know that you are in my prayers.
DANIELA ALBAN
[email protected]