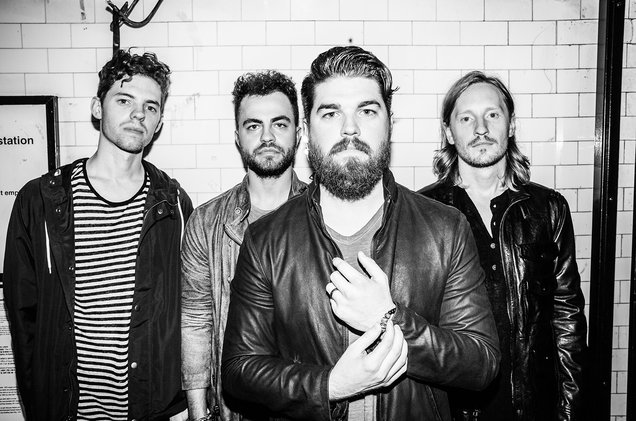 Knox Hamilton is a a band from a small town, outside Little Rock, Ark.
They released their first record EP in 2016, and two weeks ago they released their debut album, “The Heights.”
The album sticks to the formula that worked in the first EP, specifically because they put their four-song EP onto the 13-song album.
Overall, the groovy, easygoing and smooth songs truly emphasize the little kid imagination many listeners can relate to and enjoy.
The album has a pretty rough start. “We Get Back” and “Washed Up Together” both have the same problem of containing an uninteresting beat, with lackluster vocals.
Although “We Get Back” does have a cool chorus that helps it stand out, it’s not enough to redeem it.
However, “Set it Off,” the third song, really brings this album around.
The song contains a great groove and the rhythm and melody make it easy to head bob along. The vocals on the song are also spectacular.
“Call Me Up” is a very catchy pop indie song that would be great for summer listening.
The guitar is easygoing and sweet on the ears. However, by the end of the song there is something that seems to be missing from it. There needs to be a little bit more in the structure of the song.
“Pretty Way to Fight” and “How’s Your Mind” have this very punchy and catchy drum beat that keeps your feet tapping. Both have dreamy vocals and the synth guitar helps to guide them into a great set of songs.
“Work It Out” keeps with this dreamy idea, but adds more of a beachy feel to the song. The flow and the structure of the song are very strong, as well as another great beat carried through on this album.
“Never My Love” has some of the best vocal ranges and really cool synths that help lead the vocals into more of a smooth ride. The song is the most charming and cute on the album. It is easy to tell this song was written and sung for someone the artists truly love.
Up next is “Rightfully So,” which has a weird tune to it. The song is a bit off-putting from the rest of the album. The song is still OK, but not amazing. The lyrics and vocals aren’t there and the instrumentation isn’t amazing.
The next three songs all have the same amazing quality to them. “Sights for Sore Eyes,” “Back Porch” and “Barely Miss You” all have great experimentation with the consistent sound that the band has been playing. The artists added different instruments and some weird time signatures that help keep the head bobbing along with them. Each song has the perfect flow into each other.
Now comes the last song, “The Heights,” and in all honesty, it’s horrible. This song is a very weak acoustic number. There is a strong lack of passion, the guitar playing isn’t great and the lyrics are bland. The song definitely shouldn’t have been on the album.
But, with that said the album is definitely a great start for the band. The album has an interesting and impressive direction with some fine toning to their sound.
Knox Hamilton were able to experiment a little with synth sounds and instrumentation. Plus, most of the songs have a very smooth structure to them, which makes them extremely easy to listen to. Even though there were a few hiccups in the album, everything is still a grade-A effort.
Almost all of the songs take you on an easy ride through the clouds that just keeps your mind open to an easier time in life — a time when both life and love were easy to understand.
• Favorite Song: “Barely Missed You”
• Least Favorite Song: “The Heights”
• Rating: mid 7/10
• Related Artists: Phoenix, Foster the People, Coldplay, the Killers and Keane