Finding God on Gannon’s campus: Writer learns that love is stronger than fear 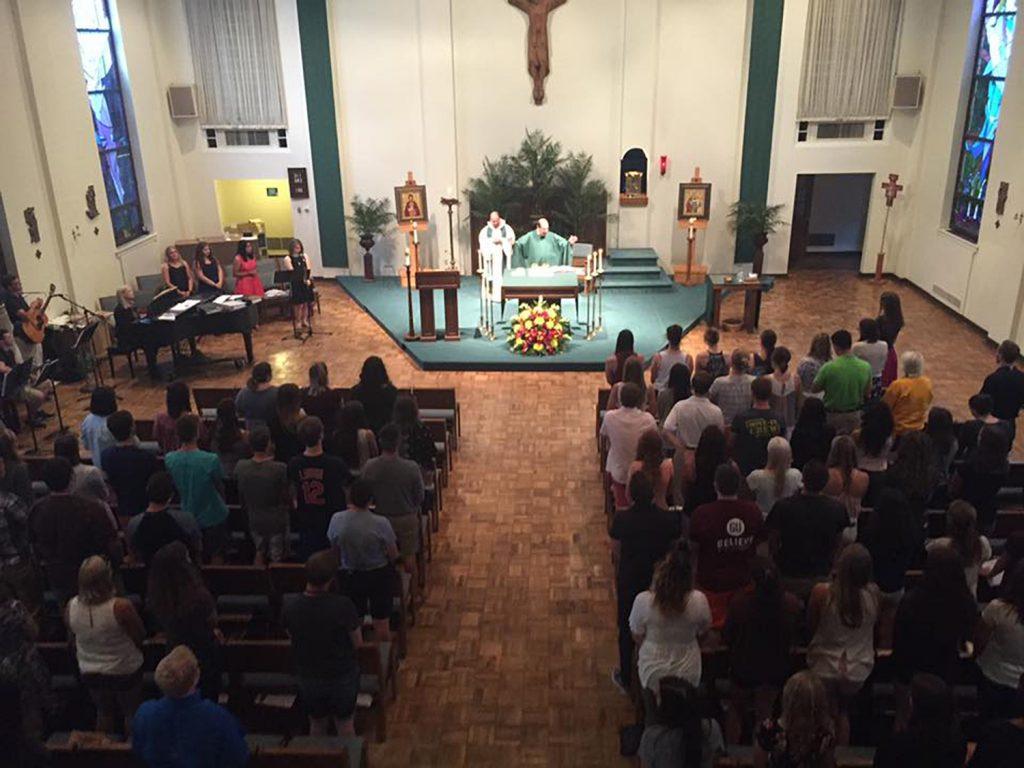 Gannon University is an institution that prides itself on expanding the views of its students. From travel trips to highly intellectual conversations in the classroom, the possibilities to grow as an individual are endless.
Personally, I grew in my own faith by stepping outside of my comfort zone — and all it took was attending Mass one Sunday night.
See, I grew up in a small-town Methodist church where the elder members helped raise us and we stayed for punch and cookies after each service. Coming to a Catholic university was something that I was a little uncertain about.
How would I grow in my faith? Would I be judged? Looking back, these were such silly questions, but my freshman mind couldn’t help but think of them.
Freshman year, I went out of my way to explore local churches in the Erie community to attend. I felt like I was on the church version of HGTV’s “House Hunters.”
This year, I decided to take a different approach. I joined some of my close friends and began attending Sunday Mass at the Mary, Seat of Wisdom Chapel.
The first few times were rather intimidating. I didn’t know the words to the songs, didn’t have all the prayers memorized and forgot to kneel. But as they say, you live and you learn.
During those moments of insecurity, I was able to see something much greater than my worry of song lyrics.
While remaining silent, I was able to listen to the actual meaning of the words being said. The words were beautifully written and seemed to entrance the people as they were stated in unison.
Having an outsider’s perspective is an incredibly valuable experience. It allows you to appreciate something brand-new, while also longing for what you have always known.
I used to go out into the city looking for a sense of a faith community, but all I needed was right down the street.
It doesn’t matter that I am not Catholic, or that I don’t know the words, because I am still welcomed with open arms and a smile.
Mass provides a great time to take a break from the stressors of college life. For one hour, students of all majors and religious backgrounds can join together to connect spiritually and hear a wonderful message.
I feel that my experiences here at Gannon have begun to shape me into a more well-rounded person. Attending Mass has been one way of doing so.
There is a sense of peace that I have gained from this new journey.
The words of “Don’t Be Afraid,” written by John Bell, stick with me during the week. It is something that all students can remember in times such as these.
As the song says, “Don’t be afraid. My love is stronger, my love is stronger than your fear. Don’t be afraid. My love is stronger and I have promised, promised to be always near.”