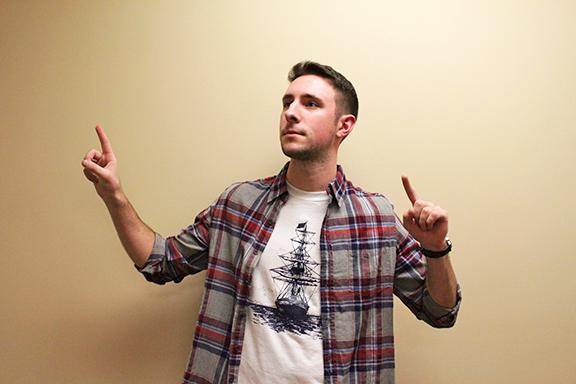 It’s looking to be a busy year for music in 2017, with anticipated albums from artists such as Ed Sheeran, Lorde, Kanye West and many others.

One of those anticipated upcoming albums is John Mayer’s “The Search for Everything,” which he officially announced earlier this month would be released four songs at a time each month for an unspecified number of months.

Is it a gimmick, or is it genius? Maybe a little bit of both, or maybe more of an experiment than anything. It does, however, seem to be a response to current trends in the music industry.

While a strategy like this would have never worked 15 years ago when CDs dominated the recorded music market and made up a nearly $18 billion industry, it may thrive in 2017 when a majority of listeners belong to a streaming service like Spotify or Apple Music.

While pirating music is still as easy as it’s ever been, it’s still not as simple as using a streaming service, which is probably one of the reasons the music industry is slowly making a comeback since piracy led to its rapid downfall in the 2000s.

Streaming is also legal, so, you know, there’s a bonus.

What isn’t appealing about having access to virtually any song you’d like for a monthly fee about the same as the price of one CD?

It’s the most convenient for people who do not want the burden of dozens of CDs and records lying around and also presents an opportunity for smaller artists and labels with limited budgets who want to reach a large audience.

There’s also no need to worry about damaging or losing your music as with physical copies.

In the same way CDs improved on some of the limitations of vinyl records, the music streaming industry now seemingly allows artists to release music in any way they’d like.

Aside from the recent boom in vinyl record sales, which is a lot smaller than it’s made out to be compared to CD sales in the 1990s and 2000s, not many people are buying physical copies of albums anymore.

Why not release four or five great songs digitally as an EP instead of rounding out a good collection of songs with unnecessary filler to make it a full album? It’s completely practical now.

Before, four or five songs probably wouldn’t have justified production or gotten people out to the store, but with streaming, it doesn’t make a difference.

People are just as likely to stream an artist’s single as they are a song from a full album since it’s all there at the touch of a finger anywhere they go. As long as people are listening to it, the artists are making royalties.

But enough of playing devil’s advocate. Releasing songs periodically is a great way to keep people streaming an artist’s music, and since streaming royalties may be at the top of an artist’s sources of revenue in a few years, I can see why it’s a smart business move.

However, I hope that 20 years from now artists are still making and releasing full albums as one work of art.