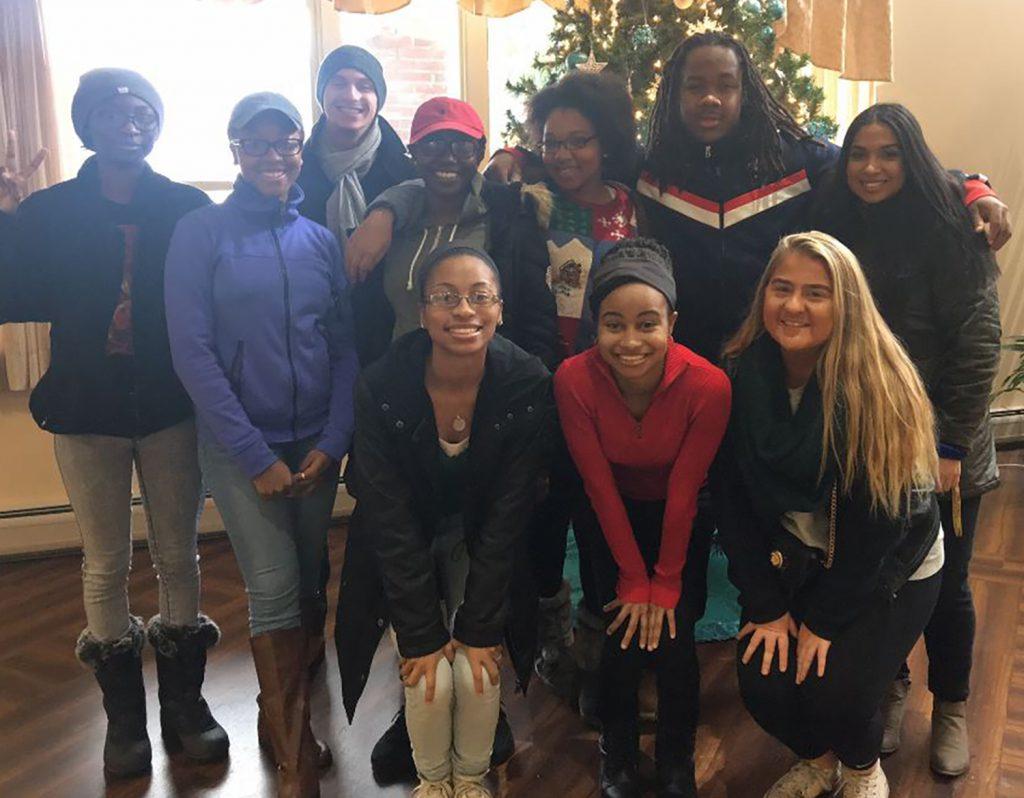 What comes to mind when thinking about the Black Student Union (BSU)?
Some people probably imagine a club run by students that organizes social events. However, during the late 1960s, the BSU was no ordinary club; it was a persistent force of social change in a time where people could not see beyond the barrier of color. It gave students a voice to implement change.
On April 4, 2016, Erika Thomas, a junior criminal justice major, established the BSU organization at Gannon University and is currently the president.
Thomas said that she had friends in surrounding schools that had an African-American represented club. So, Thomas decided to create a BSU organization.
“I wanted to bring a positive light to African-American culture and bring in other cultures,” Thomas said.
The organization welcomes any student to join, because it is ultimately a union of different religions, cultures and races. Last semester Thomas said that there were 42 people, including faculty, that were part of the BSU.
During this semester the BSU has several events that members are planning. Every month last semester they organized a panel discussion focused on a specific topics. The panel discussions are referred to as the “Face the Facts Series.”
They hope to continue to make these discussions something the Gannon community looks forward to.
Anyone can join the panel if they would like to be a primary speaker and are comfortable answering questions on stage. However, the audience does get a chance to speak because the questions are opened to them as well.
This month’s panel discussion topic is “Healing the Divide.” It will take place at 7:30 p.m. on Jan. 26 in Room 104 of the Zurn Science Center.
Thomas said the BSU decided to create this topic in order to allow students to discuss America’s values: Is it accepting of different religions, races and gender identities? If not, how can it grow to become more accepting?
Catherine Wahlenmayer, a freshman math major, was part of the panel last semester when the topic was “Privilege, does it exist?”
Wahlenmayer expressed that she was not sure what to expect at first, but as the discussion progressed, she realized that every single point was heard and every person who wanted to talk had allotted time to do so.
“It’s a union of students that are exploring issues affecting black students,” Wahlenmayer said.
Her experience has allowed her to understand other people’s perspectives and to voice her perspectives to the audience as well.
It is a learning experience, Wahlenmayer explained, and after it was over people came up to her and thanked her for taking part in the panel.
Wahlenmayer said that everyone was friendly and hopes to attend more of the discussions this semester.
“If you’re brave, join the panel,” Wahlenmayer said.
In February the topic for discussion may be “Why we need a Black History Month.” Also, the BSU is planning a Black History Month performance in February that will incorporate spoken word, plays and dances to highlight the African-American culture and history.
The BSU would also like to put on a fashion show this spring, since it was very popular last year. The fashion show is put together with the help of different Gannon students who wear their own designs.
The BSU hopes to create a community of support and diversity by joining together people who share the same interests. They would like to focus on taking part in more community service opportunities as well in the future.
Thomas wants the Gannon community to know that one of the ways to create a more cultured and accepting campus is by meeting and communicating with different people and to be willing to listen and respect each person’s opinions.
If you are interested in joining the BSU or have any questions please email the group at [email protected] or follow it on Twitter at @Gannon_bsu to keep up with the upcoming events and meetings.
The BSU has not been at Gannon for very long, but more people have become interested in joining the organization and in helping it fulfill its goals.
“African-American and minority students need to be represented,” Thomas said. “We need a voice; we need something to bring about a positive, accepting and open culture.”