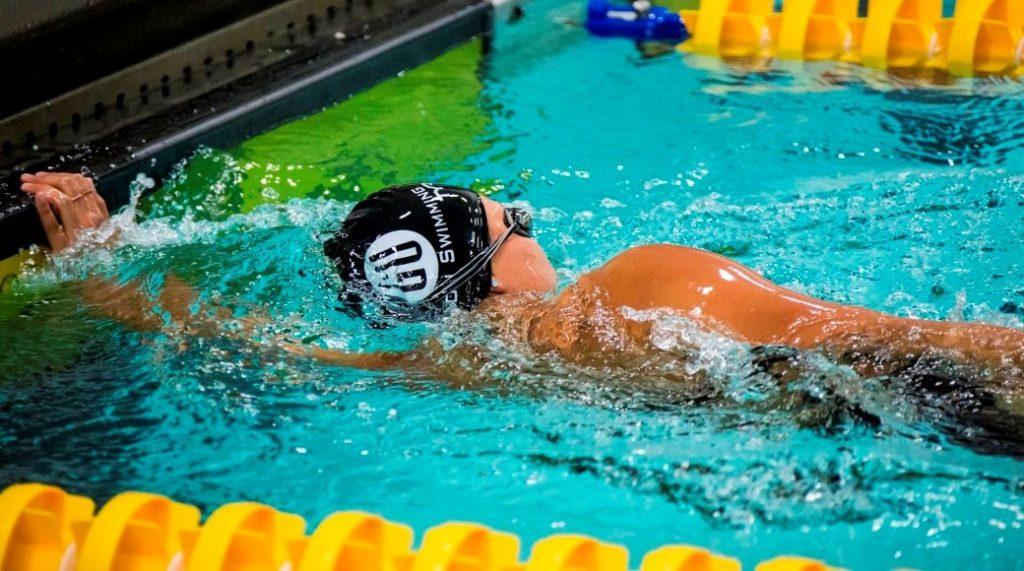 After over a month of not competing, Gannon University’s women’s swimming and diving team took to the waters of Canisius College Saturday.
The team took gold in three events and four women posted qualifying times for the Pennsylvania State Athletic Conference Championship meet, which will take place Feb. 16-19 at York.
Despite winning three events against Canisius, the visiting Knights lost by a score of 117-77.
Sophomore Courteney Hubert was one of three to take home first place in the meet against the Griffins. Hubert won the 500-yard freestyle for the first time this season in 5 minutes, 43.78 seconds, qualifying her for PSACs. She had previously qualified for PSACs in the 50, 100 and 200 freestyle events.
Senior Gabrielle Borza was able to pull off a win in the 200 breaststroke event.
Her time was 2:37.10, earning her a PSAC qualifying time as well. The event was one that Borza has been struggling to win all season, but she pulled out a huge win on Saturday.
However, that was not the best time she has recorded. During Gannon’s last meet at the Wooster Invitational on Dec. 3, Borza swam the 200 breaststroke in 2:27.27
Capping the first-place finishes for Gannon was the 200 freestyle relay team, consisting of senior Sam Favret, freshman Jillian Pritchard, Hubert and freshman Ashley Rega. The women swam the yardage for a combined time of 1:41.76.
Favret and junior Meghan Terwilliger also swam for PSAC qualifying times.
Favret qualified in the 200 backstroke with a time of 2:16.67 while Terwilliger qualified in the 200 butterfly at 2:17.90.
Currently the Knights are 1-5 overall and 0-1 at home, having lost to Bloomsburg, 110-94, on Nov. 4. Gannon looks to even that home mark when it hosts Edinboro at 1 p.m. Saturday at the Carneval Athletic Pavilion – their final home meet of the season.