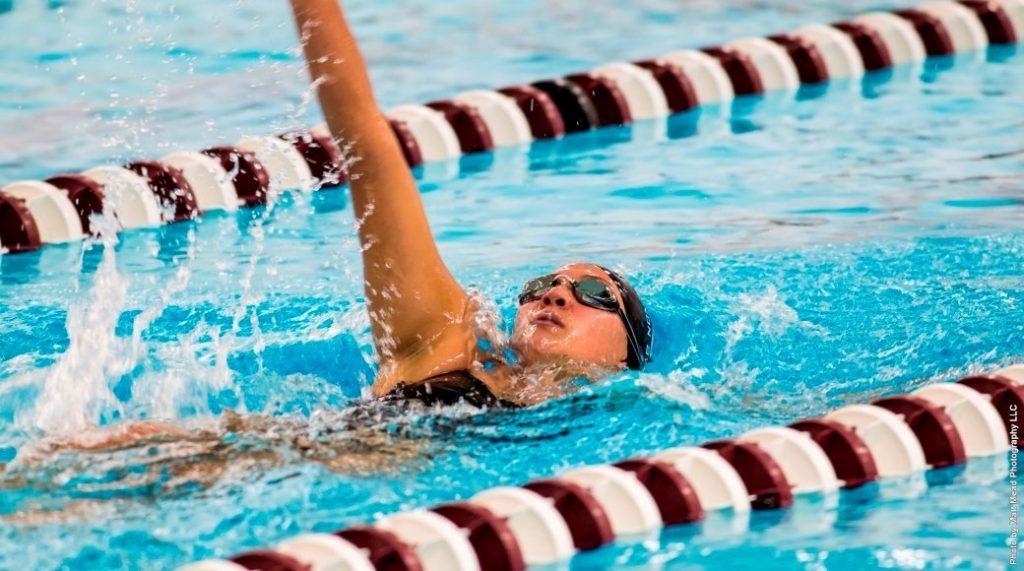 The Gannon University women’s swim team finished fourth overall among 10 teams that competed in last weekend’s College of Wooster Invitational in Wooster, Ohio.
The Knights finished with 1,046 points, 103 points behind third-place finisher Westminster College. Case Western Reserve won the event handily, with Edinboro finishing second.
After Thursday’s first day, Gannon sat third behind only Case Western Reserve and Edinboro. In the 400-yard medley relay, the team of Samantha Favret, Courteney Hubert, Gabrielle Borza and Ashley Rega just edged Edinboro’s quartet to finish first with a time of 3 minutes, 58.82 seconds.
Following suit, the Knights posted a second-place finish in the 200 freestyle relay with a time of 1:38.23. The 200 freestyle relay team consisted of Favret, Hubert, Rega and Jillian Pritchard.
In individual races, Hubert finished fourth in the 50 freestyle, touching in 24.72 seconds; that time also qualified for the Pennsylvania State Athletic Conference meet, set for February.
After a night of rest, the women’s team was back in action at 10 a.m. Friday, and Gannon’s relay teams made another strong showing.
The 800 freestyle relay team featuring Pritchard, Rega, Hubert and Abby Wu combined to muster a second-place finish with a time of 7:58.69.
Wu and Favret also shined in their individual races.
Wu won the 400 IM event, clocking in at 4:38.68 to post the victory. Favret, meanwhile, outdistanced the field in the 100 backstroke, posting a winning time of 57.89 seconds, which was more than two seconds better than runner-up Morgan Joseph of Edinboro.
However, at the end of the day Gannon fell in the rankings to fourth after Westminster posted impressive performances across the board.
On the last day of competition, the women’s team fought hard and managed to retain its fourth-place position.
The 400 freestyle relay team of Favret, Wu, Rega and Hubert took gold in its event in a time of 3:33.82. The NCAA Division II “B” cut time is 3:31.14.
Wu followed her strong performance on Day 2 with another win, this time in the 200 backstroke. Wu posted a time of 2:06.31 to beat a familiar face — Favret, who finished second in 2:07.67.
To finish off the day, Hubert took a silver in the 100 freestyle with a time of 53.58 seconds.
The Knights will not see any action until following the holiday break, as their next meet is set for Jan. 14 at Canisius College.