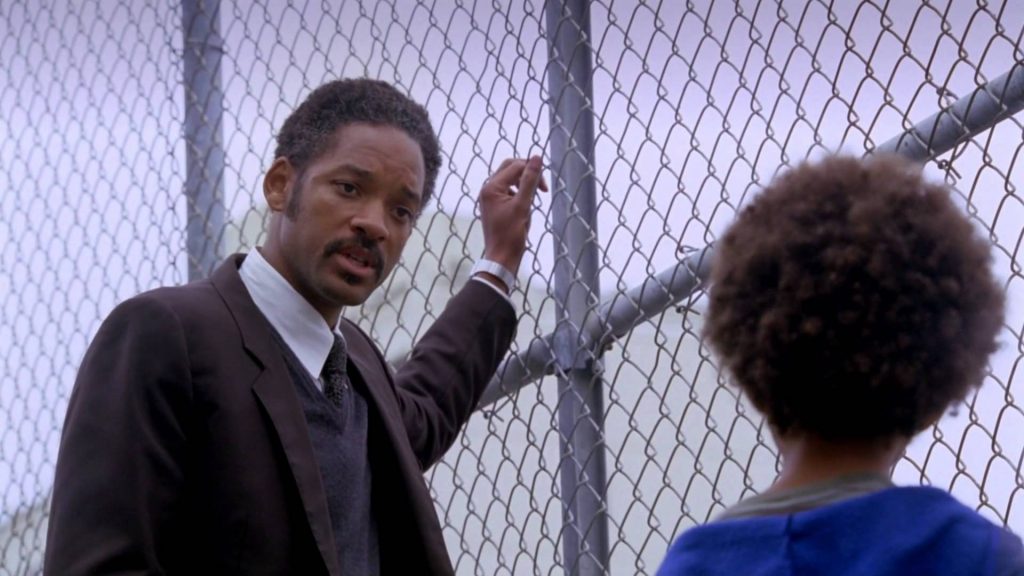 Will Smith is debatably one of the best actors of all time, but what is not debated is how his roles make us feel.
Smith takes on some of the most emotional roles and plays them perfectly, making the viewer feel as if they are actually experiencing the events in the movie. Here are three main movies that exemplify this.

1. “The Pursuit of Happyness”
I do not even know where to start with this movie, but to say that it is one of the greatest movies of our time.
It is a truly visual and technically tangible representation of working out of the shadows to accomplish the “American Dream.”
In the film, Smith plays a struggling salesman in San Francisco trying to better his life for himself and his son.
Throughout the movie, many hardships occur, such as getting evicted from his apartment and his invention not selling, among others.
The movie follows his journey and the many obstacles that he has to face. Anyone who has seen “The Pursuit of Happyness” can attest that this is one of the most emotional movies they have seen.
One scene that really stuck out to me is when he is trying to remember the cell phone number for information about his interview and legitimately didn’t even have a pen to write down the number.
Another powerful scene that really sticks with me is when Smith’s character is with his son in the subway bathroom while someone is pounding on the door trying to get in.
I believe that this is the lowest point of the character’s life and it is the emotional peak for all viewers.
People still remember how they felt when they watched this movie for the first time. I saw this movie when I was 11 years old and I know how I felt when I saw it. There is one quote that Smith said to his son that always stuck with me, even to this day.
“Hey, don’t ever let somebody tell you you can’t do something.” Smith’s character said. “Not even me, all right? You got a dream? You gotta protect it. If people can’t do something themselves, they want to tell you you can’t do it. You want something? Go get it! Period!”

2. “Seven Pounds”
“Seven Pounds” is one of the most powerful movies that I have ever seen. I saw it randomly one night on Amazon Prime with no prior knowledge of how amazing it was so I didn’t know I was in for a treat.
The movie reflects on Smith’s character, Ben Thomas, and one mistake that he made in his life. He was texting and driving with the love of his life in the passenger seat and inadvertently killed her and six others in a car accident.
In an attempt to come to terms with his actions, he seeks to give seven people the greatest gift of all: himself.
Smith’s character selects seven people with disabilities that match with his organs such as his eyes, bone marrow, other organs and most powerfully, his heart, which was a very rare type in the movie.
After he found these candidates, he intensely interviewed them and tested them to see if they were worthy of his organs.
In the end, the viewers come to realize that Smith’s character was only living simply to complete this mission, to give the gift of life to seven people, equaling the number of people he inadvertently killed in a car accident.
This is one of the most powerful movies that I have ever seen, and as I write this review, I can still draw on exactly how that movie made me feel, having seen it over a year ago.

3. “I Am Legend”
As most of you are probably familiar with it, you don’t need me to tell you that this is another movie that is widely considered to be one of the best in our generation.
In this film, Smith is a scientist working on a cure for a plague that killed most of humankind and turned the rest of them into zombie-like monsters.
He believes that he is the sole survivor in New York City accompanied by his dog.
Smith really makes us feel how he feels when the movie portrays how lonely he is.
At the end of the movie is probably the most powerful scene that leaves everyone amazed. This is a spoiler alert, but Smith ends up sacrificing himself, almost as he does in “Seven Pounds,” except he uses a grenade. In doing so, Smith saves a child, a woman and the cure, all while becoming a legend.
As you can see by this short list, Will Smith has a habit of being able to tap into people’s emotions, not only in these three films, but in most of the films he has a role in. If this doesn’t convince you, then maybe his two Oscar nominations and five Golden Globe nominations will. It is very appropriate to call Will Smith one of the most influential actors and entertainers of our generation, and maybe of all time.