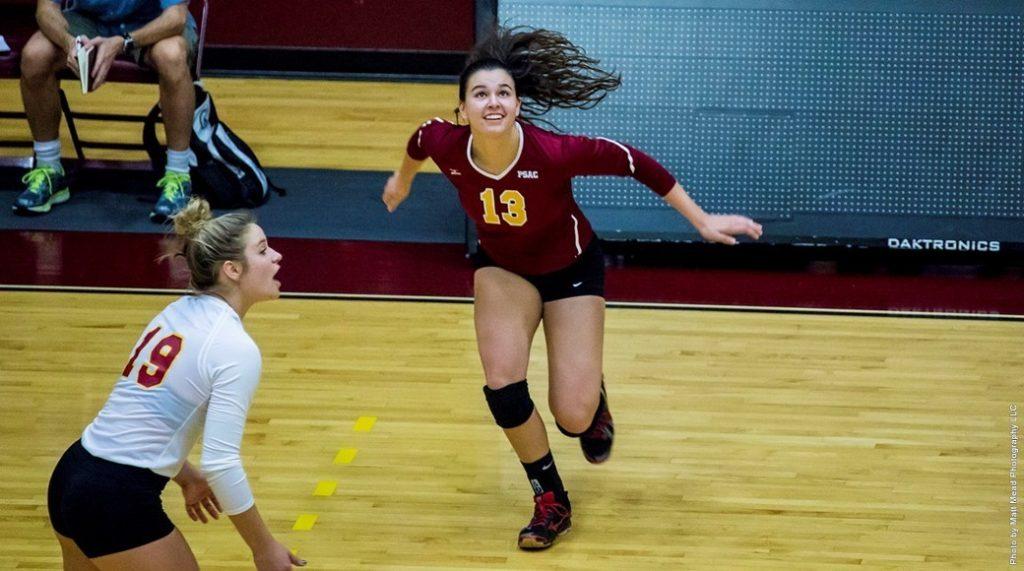 After running the table to sweep the PSAC Tournament championship, the Gannon University women’s volleyball team will open play in the NCAA Division II tournament Friday against Fairmont State in Wheeling, W. Va.

The Knights claimed their second PSAC title in five years on Nov. 19, as they posted a 3-0 win over Pitt-Johnstown to cap a spotless tournament run that included 3-0 sweeps of West Chester and California (Pa.) — all at the Hammermill Center.
The tournament run enabled the Knights to improve to 30-3 on the season and they will take the No. 2 seed into this weekend’s Division II Atlantic regional tournament at Wheeling Jesuit.
This will mark Gannon’s eighth straight NCAA tournament appearance. A year ago, the Knights reached the round of 16 before being eliminated by Wheeling Jesuit, the eventual national champion.
Junior outside hitter Kelsey Ansec was named PSAC Tournament MVP after racking up a combined 48 kills and six blocks.
But the tournament was a full team effort with solid performances from a number of players, including Carolyn Knollman, who finished with a combined 113 assists and 33 digs.
Beka Smith, meanwhile, registered 16 kills and eight blocks in the championship matchup with Pitt-Johnstown.
Ansec added a dozen kills and senior Hannah Kren chipped in with nine.
The tournament title did not come easy, though, as Gannon prevailed 27-25, 26-24 and 25-23 over Pitt-Johnstown.
Pitt-Johnstown was actually poised to win the opening set, up 24-22, but the Knights rallied to score five of the next six points to take the set.
In the second set, Gannon scored the final two points on kills from Kren and Smith.
Ansec wasn’t the only Gannon player named MVP in recent weeks, as Kren was tabbed PSAC volleyball Athlete of the Year.
Kren has 324 kills this season along with 17 aces and 357 digs, and she started 105 sets.
Gannon’s Matt Darling was also named PSAC Coach of the Year for the third time, having earned the award in 2009 and 2012.
Darling guided the Knights to a 16-2 record in PSAC play and a first-place finish in the conference’s Northwest Division.
Friday will mark the second time that the Knights will have seen Fairmont State, as they prevailed in a 3-0 sweep when the two teams met in September.
The winner of Friday’s matchup will go on to face either No. 3 Edinboro University or No. 6 Shippensburg.
Two other PSAC teams — Cal U. and Pitt-Johnstown — also will be competing in this weekend’s regional tournament.