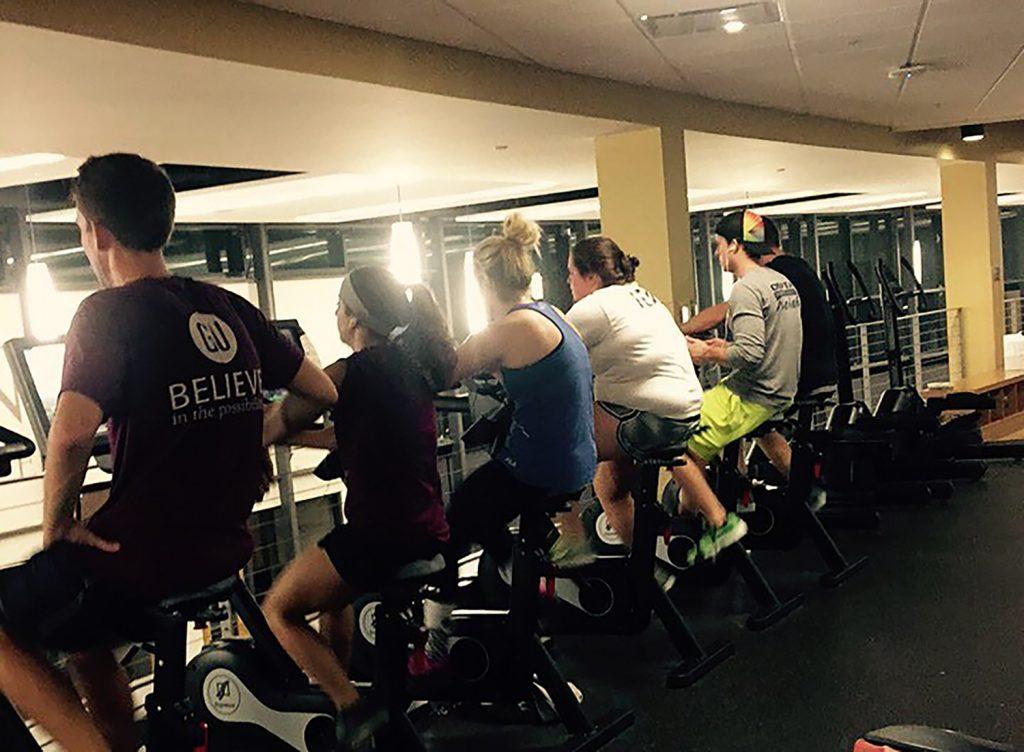 As the 2016 Fall Frenzy begins, Gannon University looks to win the “Golden Spokes” after an impressive third-place finish in last year’s annual tournament. Good for U, Gannon’s wellness initiative, is encouraging the entire campus to get involved in this highly interactive and energetic competition.
Fall Frenzy is an annual indoor-cycling tournament consisting of 153 collegiate schools throughout the nation, ranging from state universities to local colleges. The qualifying round of this competition began at midnight and continues for the next 48 hours, ending at midnight Thursday. The following rounds will follow this same schedule for an additional five weeks.
Similar to last year, the tournament is modeled after the NCAA March Madness Tournament – the top 16 schools with the most miles in the qualifying round will advance to knockout play and be seeded according to what place they finished in the qualifiers. The teams that advance by cycling the most miles in the knockout round will then compete head-to-head in the Super Sixteen, Electric Eight, Fearsome Four and the Championship.
The Recreation and Wellness Center will be hosting this event for the campus community. Participants will be riding on interactive Expresso exercise bikes, which are equipped with screens that portray a virtual course, located on the mezzanine level of the facility. To accumulate their miles, riders will be required to log-in to an Expresso account that tracks their pace over the virtual course they have ridden.
Ashley Kolniak, an administrative staff member at the Recreation and Wellness Center, said that Fall Frenzy is a fun and interactive way to engage your physical wellness.
“Fall Frenzy is a high energy, competitive event that unites the Gannon family to work together while promoting physical wellness,” Kolniak said.
In last year’s competition, Gannon biked over 1,000 miles during the qualifying round to be seeded third in the knockout play of the NCAA March Madness-style bracket. The Knight Riders then advanced to the finals, where they competed against Schoolcraft College of Michigan. Gannon logged 4,028 miles, which fell just short of Michigan’s 4,147 miles. With four of the tournament’s top 10 riders in mileage, however, Gannon is still looking to win the Golden Spokes in the 2016 competition.
For live event updates, follow the Gannon Recreation and Wellness Center on Facebook and Twitter or visit the Expresso Fall Frenzy homepage at https://expresso.com/fallfrenzy for more information.
Editor’s note: David Russo, sophomore sport & exercise science major, is the Recreation and Wellness Center marketing copywriter.