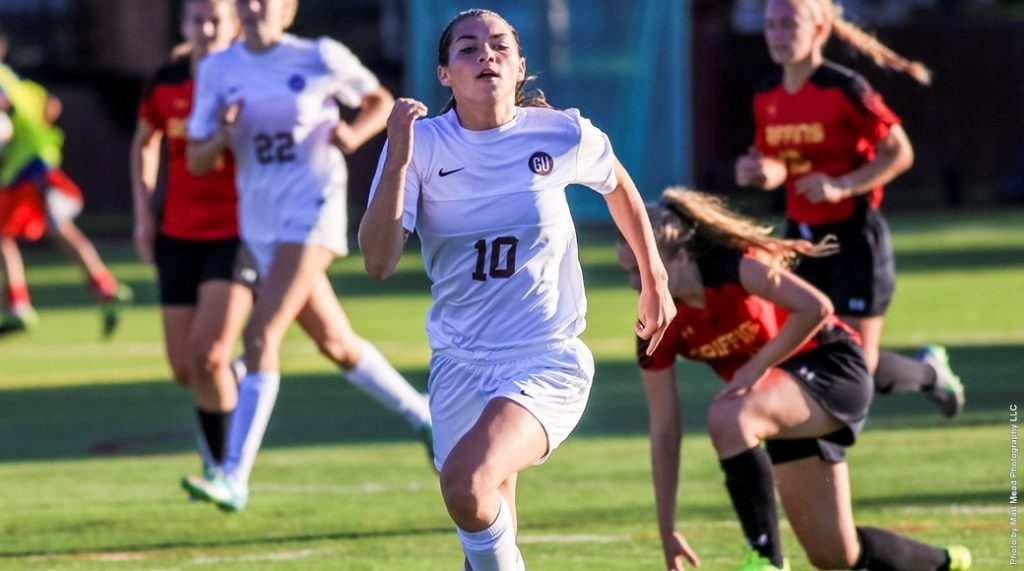 The Gannon University women’s soccer team lost two tough contests Friday and Saturday but followed them up with a 2-1 win over Indiana University of Pennsylvania Tuesday.

In the win against IUP the Knights wasted no time taking the lead as freshman Taylor Lewis scored off an assist from sophomore Kelsey O’Connor 3 minutes, 40 seconds into the match.

After that, there wasn’t much scoring until the 66-minute mark when IUP’s Lexie Palluconi tied the game at 1-1. Not even a minute later, Lewis answered with the game-winning goal on an assist from freshman Emily Cekella, giving the Knights the 2-1 victory.

On Friday, Gannon took a tough 2-0 loss against Bloomsburg. The team lost on two penalty shots that were taken by Taylor Zucco and Allie Camp.

It did not help that two Gannon players were given yellow cards, which helped to create easier opportunities for the Huskies to score. One was given to junior goalkeeper Danitza Indacochea and the other to senior Courtney Edwards.

Bloomsburg enjoyed a huge advantage in shots on goal at 15-6 and also had a 6-4 edge in corner kicks.

Bloomsburg was consistent in attacking Gannon and broke through to score its first goal in the 54th minute of the match. To put it out of reach, Bloomsburg’s Camp put in a penalty shot in the 74th minute.

The Gannon defense tried to limit the opportunities, but Bloomsburg had an extra gear to score more in the second half.

Gannon sophomore defender Nicole Felice took two shots that were outside the goal but were saved by Bloomsburg goalkeeper Devon Haviland.

Gannon did use two goalkeepers, Indacochea and senior Shannon Differ, and each gave up a goal. Indacochea played

most of the game until she received a yellow card, which resulted in Differ taking her place and allowing a goal soon after.

The Knights did have three shots on goal but Bloomsburg goalie Haviland shot down any chance of them going in. Those who registered shots on goal were Lewis, redshirt senior Britney Barry and junior Olivia Sharbaugh.

The Knights lost their second straight road game Saturday at West Chester, 5-0. The goals piled up early and later on in the second half.

Scarlett Walsh scored both first-half goals for West Chester and Brooke Morgan, Kaitlyn McFadden and Nikki Zaso each found the net in the second half. Walsh put her team ahead with a goal 14 minutes into the game and added her second a little more than 20 minutes later.

Gannon went into half trying to figure out how to come back but could not. The second half started out with West Chester scoring again to make it 3-0.

It was not a very close game, but Gannon competed hard until the end. The Knights had only one shot on goal but did have three shots recorded for the game.

Gannon did get one corner kick chance but the Rams had three corner kicks and a big advantage in firing 21 shots compared with Gannon’s three shots.

The Knights have a showdown with visiting Lock Haven at 5 p.m. Saturday at McConnell Family Stadium.