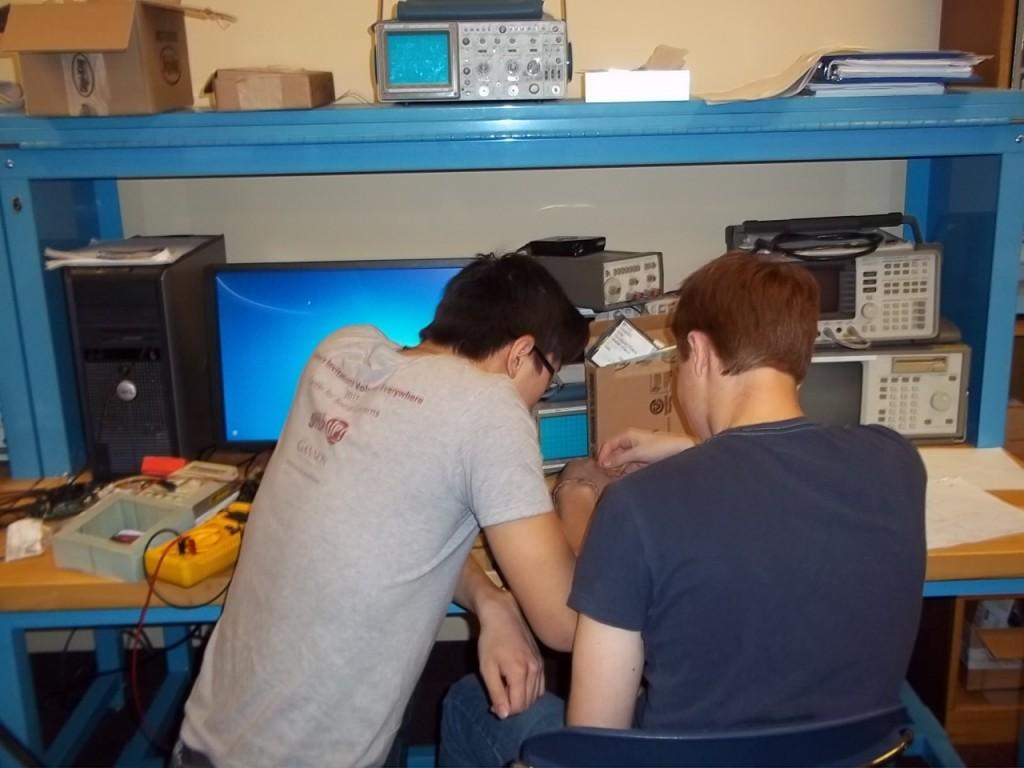 Wookwon Lee, Ph.D., an associate professor of electrical and computer engineering, led the grant proposal as the principal investigator alongside Nicholas Conklin, Ph.D., an assistant professor in the physics department.

Lee said he and Conklin applied for the grant to promote more undergraduate research in the engineering department and more multidisciplinary learning for other majors. The current grant is actually the second grant Gannon has received from the USIP program.

In 2013, Gannon was selected among 13 other schools to participate in the program. The research group has been running since Lee began working at Gannon in 2010 and is open to all science majors, and the faculty advisers make the final decision on who can participate.

“We want someone to be able to commit and get things done,” Lee said. The students involved are required to work for five hours each week, and the research lab is open Monday-Thursday to accommodate different schedules.

Kaitie Babiarz, a sophomore electrical engineering major and one of the team leaders for the group, said she joined last year because Lee asked her to get involved.

Babiarz said she likes working on the hands-on projects in the group’s research and she finds space fascinating.

This year, 11 students from the engineering and biology departments are working on a payload device, an instrument to measure the energy of cosmic rays. Cosmic rays are high energy radiation particles coming from space, Lee said.

These particles are cause for concern, since they can damage satellites, harm the health of astronauts and cause air showers if they hit Earth’s atmosphere. Usually, cosmic rays do not make it into the solar system because the heliosphere acts as a natural barrier of solar wind.

However, the solar system is in a period of low solar activity according to NASA, so this natural defense is weakened.

“We want to have a further, accurate version of that device,” Lee said.

Students will test the payload at NASA’s Columbia Scientific Balloon Facility in Palestine, Texas, the week of Aug. 17. Last year’s research team passed NASA’s testing early and was able to go sightseeing in Texas, which included the Johnson Space Center.

Other projects the students are working on include a solar eclipse tracking system that students plan to present during Celebrate Gannon, with more freshman and sophomore level students participating.

“The main purpose of it is to educate and make more successful students when they graduate,” Lee said.

Some of the skills he said he hopes students learn in the research are teamwork, building technical competency and leadership.

Babiarz, who attended last year’s conference, will be interning for NASA in Cleveland this summer. She said she believes this project will help her in the future by providing her with teamwork experience, a different learning environment and a different skill set that isn’t taught in the classroom.

Barbiarz said she would like to work for NASA and continue space exploration or work on bringing methods of sustainable transportation to the U.S., like electric cars.

“My favorite part about lab is the hands-on learning, figuring things out for yourself and implementing the concepts I’ve learned in class,” Babiarz said.