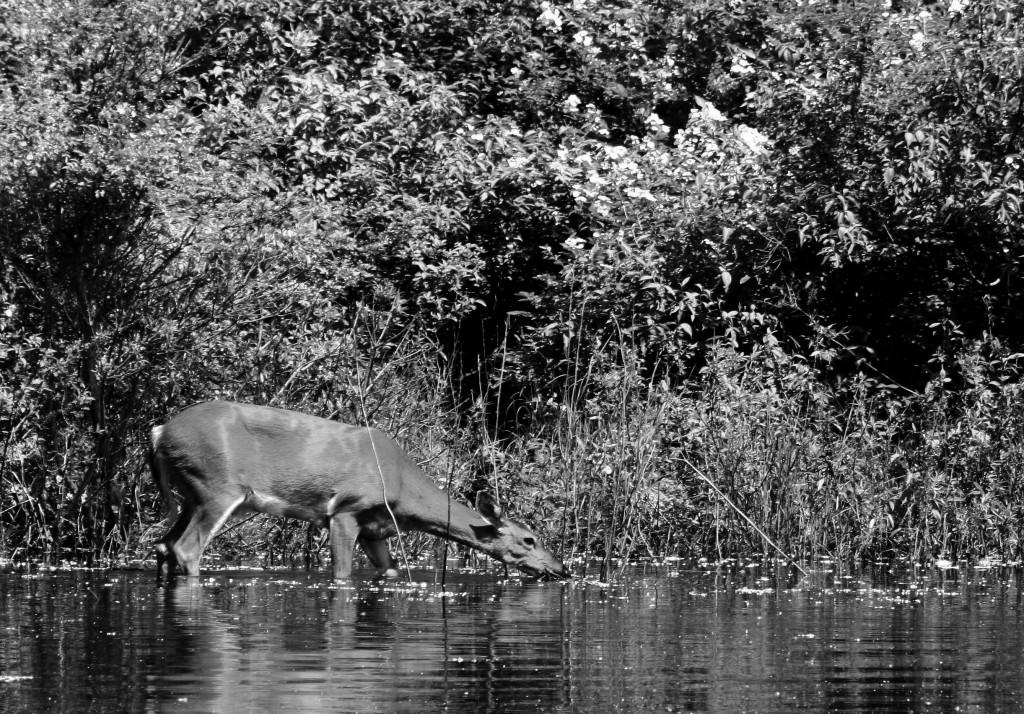 Gannon University’s department of environmental science and engineering recently received two grants, which totaled $148,454, from the Pennsylvania Sea Grant Program.
By 1998, the National Oceanic and Atmospheric Administration had set up Sea Grant programs in all costal and Great Lakes states with the exception of Pennsylvania.
In March of that year, Penn State Behrend received funding from the NOAA to begin a Sea Grant outreach project connected to the Lake Erie coastline of Pennsylvania.
Rick Diz, Ph.D., who is a professional engineer and the chairman of the environmental science and engineering department, will be conducting a 24-month research project to understand harmful algal blooms in Presque Isle Bay.
Algal blooms occur when an abundance of specific nutrients are introduced into lakes and rivers from human activities.
Algae have limiting – or scarce – chemicals. When there is a profuse addition of these chemicals into lakes and rivers by various human processes, it results in a particularly high response from the algae-causing blooms.
These blooms present a number of difficult problems related to the health and sustainability of the lakes and rivers.
In one case, blooms of toxic blue-green algae can make the water so dark that certain bacteria begin to form. These bacteria will then start to feed on the large number of dead algae and continue to grow even further as a result.
Bacteria from toxic algae can kill wildlife, make water undrinkable and even cause the water to produce a foul odor, keeping swimmers and fisherman far away.
“We want Lake Erie to be as clear and poorly fed as possible,” Diz said. “We want to put it on a diet, so to speak.”
According to Diz, humans tend to interrupt nature’s course and some extremists think the Earth would be much better off with the absence of the human race.
Presque Isle Bay will be Diz’s primary focus, but places like Detroit dump huge amounts of man-made nutrients daily into their rivers, which ultimately lead into Lake Erie.
With a company of other researchers, Diz and his team will conduct extensive fieldwork to monitor Presque Isle and the streams that flow into it.
His team will work not only to study the adverse affects of algal blooms, but also solutions as to how to prevent them. He will also continue to observe and find new ways they form, as well.
The team will have access to software developed by the United States Environmental Protection Agency to help discover the possible causes of toxic algal blooms and how to prevent them.
Environmental science and engineering professors Michelle Homan, Ph.D., and Hwidong Kim, Ph.D., in addition to biologist Steve Mauro, Ph.D, will be conducting another 24-month research project related to the effects of pharmaceuticals and personal care products on the water in Lake Erie, which provides drinking water for over 11 million people.
Homan said she is looking to find any unprocessed pharmaceuticals or personal care products that have been missed by the water treatment center and are in the raw lake water that is used for drinking.
If she finds them, the next step is to identify if they are at levels to be concerned about.
The department of environmental science and engineering is helping students understand how human activity has an adverse effect on the environment and how to control it.
There will be two or three students involved over the term of the project, according to Homan.
“Hopefully we will have a grad student take on the project as part of their master’s thesis,” Homan said.
Gannon’s first project in the Presque Isle Bay was in 1999 when researchers helped the EPA and the Pennsylvania Department of Environmental Protection determine if sediments in the water were toxic.
In 2005, Homan, along with Weslene Tallmadge, Ph. D., from Gannon’s chemistry department, received a similarly sized grant for $140,000 for an air-monitoring project from the Great Lakes Commission.