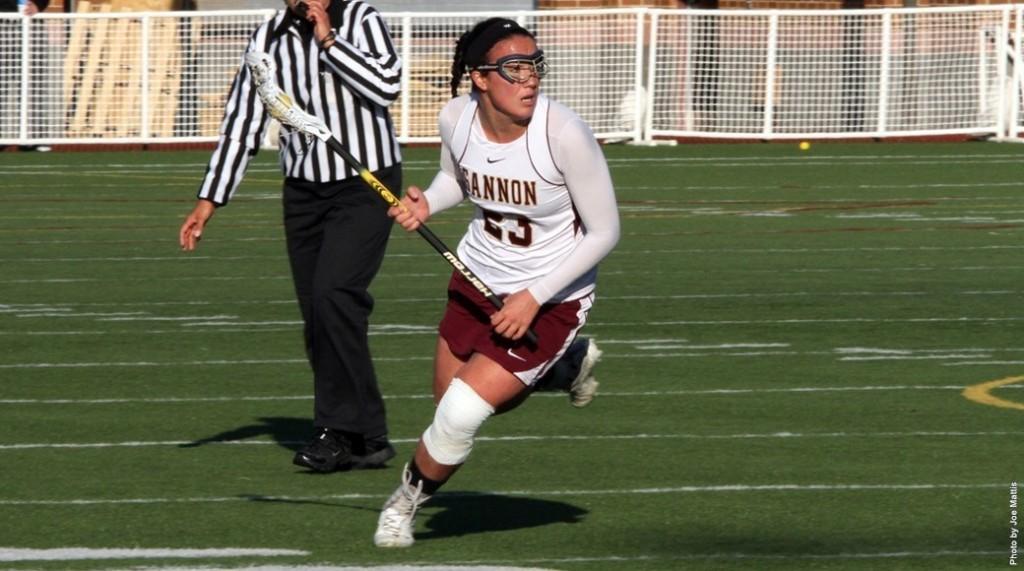 Gannon University lacrosse opened its season on Feb. 28 with a 12-9 win against Young Harris College in Georgia.
The Knights then lost their next two games to Florida Southern College, 13-4, and Saint Leo University, 11-7, both in Florida.
Young Harris came into the game with five matches under its belt and looked experienced early on in the game. The Mountain Lions snapped a 1-1 tie by scoring five consecutive goals to take a 6-1 lead with 14 minutes, 31 seconds left in the first half.
This was enough to light a fire in the Knights as sophomore Kaitie Babiarz and junior Tessa Mitchell scored back-to-back goals to make the score 6-3.
After halftime, Gannon netted three goals off the bat. Sophomore Kierstyn Haight started the rally with a goal 34 seconds into the half, which was followed up by a pair of goals from Mitchell to tie it at 6-6.
Young Harris answered the three goals with three of the next four goals, one being from Gannon, to move to a 9-7 lead.
However, the Knights held the Mountain Lions there while junior Ashley Mozingo and Haight scored consecutive goals. Then senior Kelsey Bright made the score 10-9 when she found the back of the net.
Freshman Micaela Capozzo padded the lead with a pair of goals during the final 5:28, improving the Knights’ record against Young Harris to 3-0.
This was Gannon coach Kerry O’Donnell’s first win in her new position and it was also the team’s first season-opening win since 2012. Mitchell scored at least five goals in a match for the fifth time during her last two seasons and also won at least six draws for the eighth time in her career.
Haight also set a career-high with three ground balls.
Gannon then dropped the next two games of its trip.
In the loss to Florida Southern, sophomore Alexis Strouse made 16 saves, reaching double digits for the eighth time in her career.
Senior Becky Hilker, Mozingo, Mitchell and Leilani King each had one goal apiece.
The next day, King had another great game as she scored her first hat trick of the season against Saint Leo, making it the eighth in her career. Haight contributed two goals, while Hilker and Babiarz had one each.
This was Haight’s second time scoring multiple goals in three matches. She also set career-highs in ground balls and turnovers.
The Knights finished 1-2 for their spring break trip for the third season in a row.
Next, the Knights will host Wheeling Jesuit at 7 p.m. Wednesday at the McConnell Family Stadium.