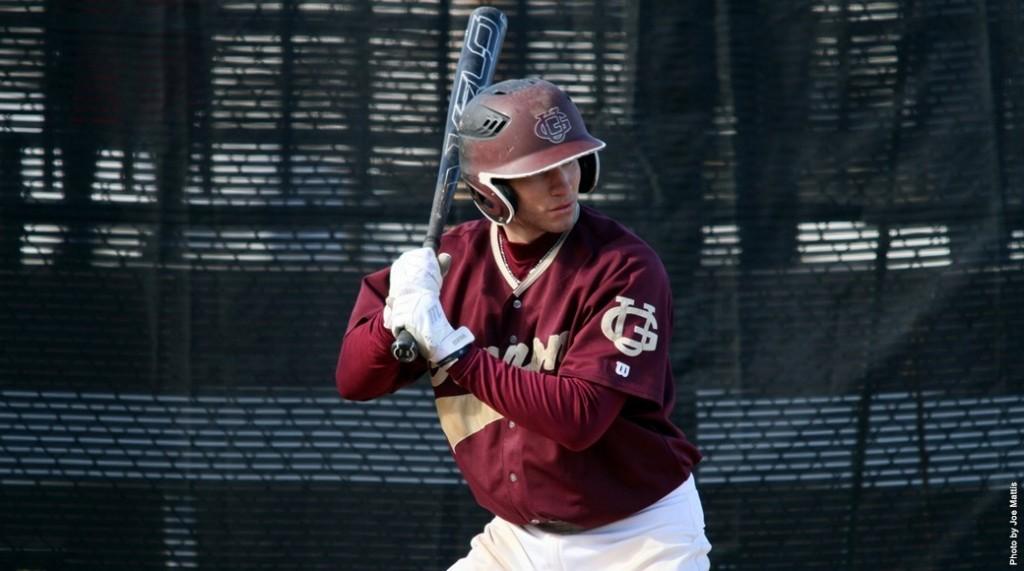 After splitting consecutive double headers against Limestone College in Gaffney, S.C., the Gannon University baseball team spent spring break in Winter Haven, Fla., for the Russ-Matt Invitational.
The team went 8-2 overall, losing to Pace College and splitting games with the University of Findlay.
The Knights’ 10-4 start to their season has bumped them into eighth place in the Atlantic region.
Millersville is the top team in the region with a 10-1 record.
Freshman infielder Matt Yough gives credit to the Knights’ good defense and consistent hitting for their recent success.
Conference play starts in 10 days, and the PSAC is very strong this year, according to Yough.
Gannon’s hometown rival Mercyhurst, which is ranked No. 1 in the PSAC West, will be one hurdle the Knights will want to prepare for.
Redshirt junior Colin McKee from Mercyhurst has an ERA of 0.00 after three starts on the mound.
Other teams in the conference like Seton Hill, Slippery Rock, and Indiana (Pa.) all pose serious threats for the Knights this season, Yough added.
Junior Santiago Mendez has been vital for the Knights so far this season, producing good results on the mound.
Mendez has an ERA of 1.32 and holds a current record of 2-0.
Nate Cardy and Jared Wiesen have been important offensively for the Knights.
Wiesen leads the team with a .532 batting average, and Cardy isn’t far behind with a .511 mark.
Midway through the Russ-Matt Invitational Gannon found itself down 10-1 to Wheeling Jesuit.
The game appeared out of reach until Cardy hit a three-run bomb to bring the Knights within five runs.
Gannon finished the bottom of the inning with three more home runs by Nick Restuccia, Anthony Grimone and Wiesen to tie the contest at 10-10.
What appeared to be a blowout by the Cardinals, turned into a victory after Gannon’s Chris Beer delivered the game-winning single.
The Knights rolled the rest of the way except for their losses to Pace and Findlay.
Against Findlay the Knights only managed to get two men on base, neither of whom scored.
Sophomore Kyle Cox allowed only two runs on six hits during his first pitching appearance of the season.
However, it was two runs too many with Gannon falling in its second game of the doubleheader 2-0.
After scoring double-digit runs during four of the last five games at the Russ-Matt Invitational, the Knights’ red-hot hitting finally cooled off a bit Saturday afternoon when they took on Pace.
Gannon fell behind 7-1 after four innings and could never recover.
The Knights ultimately fell to Pace 8-3 in their final game of the invitational.
Gannon returns to action Saturday with a doubleheader on the road against University of Findlay at 2 p.m. and 4 p.m. and then back at it Sunday with a doubleheader against Findlay at 1 p.m. and 3 p.m.
The Knights won’t play at home until March 18 when they take on the Indiana Pa. in a doubleheader at 1 and 3 p.m. at McConnell Family Stadium.