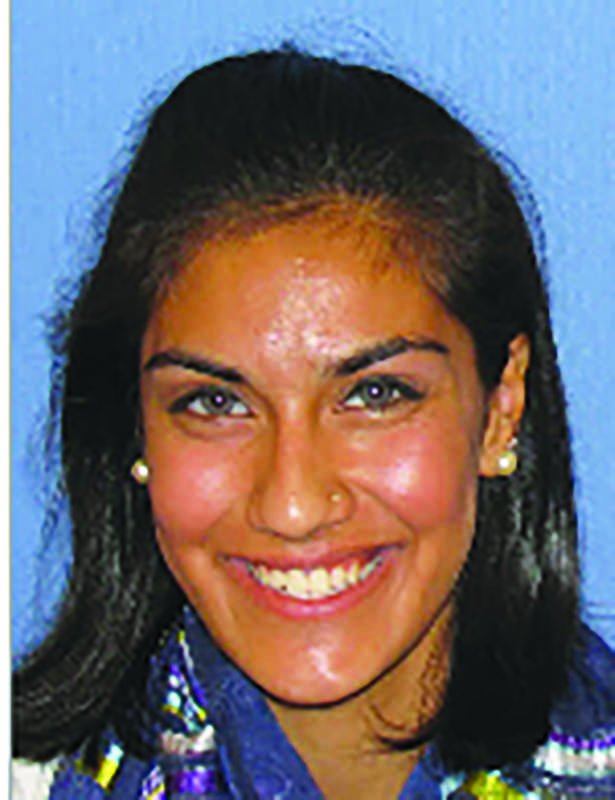 Why are you running for vice president of Academic Affairs?

Originally, I wanted to run for VP of PR/Marketing, but then I went to the info session. I got to learn about all the different positions, and I felt a lot more passionate about running for Academic Affairs as opposed to PR.

I run Sigma’s PR already and I know how to do that, and go about that, but I wanted to try something a little bit different, something that I found to be more meaningful than just PR. I feel passionate about the education system here in America, and I feel that it can be better. I guess that would be more about standardized exams, how a lot of how you get into college is your SATs.

Well, studies have shown that your SATs don’t correlate to your college GPA. So it’s looking at admissions and seeing what other kind of criteria can we do to use people that are well-rounded, that have aptitude, that are going to do well in college. But not solely base it off standardized exams. And looking into courses here at Gannon, I’ve had courses myself where your entire grade is based on four exams.

Now are those four exams a reflection of what I’ve learned in the whole semester, 13 however many weeks it is? That’s not always the case. So, finding that middle ground of what it is now, and is that a true reflection of what students are learning and have learned.

So maybe a way to implement that is teachers start uploading recorded lectures. They record their lectures during the lecture period time, and then upload it on Blackboard or whatever other tools we have.

I was actually just talking to one of the teachers in the chemistry department, Dr. Saber, and she said that’s what they did at her old school. She actually talked about the program they used, how the program showed her PowerPoint slides, and the other window showed her talking, and if she pointed to a certain diagram, you could then identify which diagram it was.

So I know that there’s already teachers that do that here at Gannon. One of the teachers wasn’t able to come to class, because of the snow, so she recorded herself speaking with the PowerPoint, going over it and uploaded it to Blackboard. So encouraging all teachers to do that, as a way for students just to kind of learn at their own pace as well.

I think it’s encouraging people that it’s not a bad thing. One of the teachers was talking about how she didn’t think a lot of people would be receptive because a lot of teachers are scared. You know, they’re saying what if this is taken out of line, they

they’re saying what if this is taken out of line, they get a viral. But I think it’s kind of coming back to in the education system, we need to realize that we are human. Teachers make mistakes. Students make mistakes. We can’t hold teachers to that standard of knowing, but sometimes things are taken out of context. If she does record herself, she can always review it back and pick up on her mistakes. So it’s a way that only can students learn, but it’s a way that teachers can check themselves. I think there’s way to encourage teachers that it’s not necessarily a bad thing. And perhaps it’s not a bad thing, they say they’re fearful if they say something wrong, well maybe it’s a good thing that now we can hold teachers accountable as well.

You know, if it is exams, then it should be at least students should have an equal opportunity to get the notes, to get the material. Because if the teacher’s going on for 55 minutes, not everyone can write at that speed. There’s students with disabilities who can’t focus for that entire time. So it’s making sure that, even if we can’t for whatever reason, change how it is, then let’s at least make it an even playing field. And I don’t think allowing everyone equal access to the teacher’s lectures is unfair.

What are your goals if you’re elected as vice president of Academic Affairs?

Definitely for me, personally, I don’t look at this position as my personal agenda. Like one of my personal goals would be to have really good communication with students to what they want to see. My personal experience with academics here at Gannon, they’re going to be independent to the bio department and chem department, and because of my major, my program, I haven’t really reached out beyond my field in the sciences. So, if there’s concerns in the business schools, from the communications, from other majors that I’m not as familiar with, is to be able to listen to the concerns of students and then get that back to SGA, and back to higher ups in Gannon.

As soon as I decided I wanted to run, I kind of started reaching out to the chem department and the teachers that are adjuncts there, and one of the main concerns they said they felt that a lot of other adjuncts aren’t getting enough hours. And there’s certain adjuncts that don’t want as many hours, and then they kind of started factoring the salary of adjuncts, and how it isn’t proportionate to teachers that work for Gannon as opposed to adjuncts. That was the main concern they said, was hours and wages, and relay that back to Gannon, to see what can we do? Is there middle ground, or why is it the way it is now, and see if it’s impossible to change it, if we can articulate that to the adjunct faculty. And see that everyone’s on the same page.

What have you accomplished during your time on campus/in SGA?

I’m not a part of SGA I’m heavily involved in Greek life here at Gannon. I’m a sister of Sigma Sigma Sigma, I’ve played rugby, I’m a part of Students United Against Human Trafficking, I help a lot with Active Minds. So I’m very involved on campus, especially through my sorority. I’ve been in Sigma since my sophomore year. Things I’ve accomplished on campus are I run PR on Sigma and every month I organize some sort of charity event that Sigma either tables to raise awareness, or we work with another sorority to raise awareness. Recently we worked with ASA (Alpha Sigma Alpha) for National Eating Disorder Week, and we kind of focused on college students and how eating disorders are prominent on college campuses despite it just being the college atmosphere. So focusing on philanthropy, I was the philanthropy chair for Sigma last semester so I organized the Turkey Bowl. And that’s going to become an annual thing. I’m actually really excited for that. I worked with the Greek Ball, and that was an inter-Greek sort of thing. We all came together and through the Greek Ball for the AJO Foundation, we raised thousands of dollars for that. So I’m not in the front lines in regards to SGA, but definitely through Greek life I’m heavily involved.

Is there anything else you’d like students to know about you?

Probably one thing I want to heavily emphasize is I’m one person, I can’t know everything wrong with Gannon. I want them to come forward to me and voice their concerns. I understand that SGA has their meetings, and if you have a concern, you don’t necessarily need to be a part of SGA. My understanding of SGA is that we work for the students. So you don’t need to be a part of SGA to have your voice heard. Reach out to me, let me know what your concerns are, and let’s see what we can do about it – or at least let me articulate to you why things are turning [out]. I’m going to be honest, not everything can be changed; not everyone can get what they want. But let me talk to the Gannon faculty, let’s at least understand why they do things the way they do.

One thing I’ve never had an issue with is approachability. I like to say I’m a very personable person. Email me. We don’t even need to meet in person. If you have a concern or further questions, I’ll reach back to you and then we can do it like that. So it doesn’t need to be anything formal, like setting up some sort of meeting. It can honestly be as informal as sending me an email, or just stopping by the hallway and letting me at least be aware of what your situation is and what you want to see happen. Through all the different clubs I’m in, I’d like to think that I’ve met a vast majority of people that I could relate to — people of different gender, class rank, races. One thing I want people to know is it doesn’t matter what your concern is, let’s meet [or] send me an email. Let’s see what we can do about it.