Growing up: Change in perspective 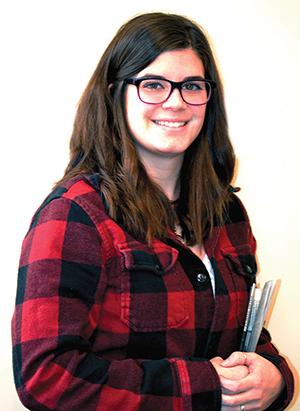 I spent my Valentine’s Day a little differently this year. My team held a high school lacrosse clinic in the Recreation and Wellness Center field house for girls who were interested in potentially becoming a Gannon Knight, wanted to develop their lacrosse skills or learn more about the recruitment process.
In total, around 17 girls were in attendance and the majority of them were in their junior or senior year of high school. Watching the girls play and hearing coach talk about recruiting, visiting campuses, the fundamentals of lacrosse and so on, made me think back to when I was in these girls’ shoes.
It feels like just yesterday that I was going to colleges on recruitment visits and sitting down to talk to the coaches of various Division I and Division II universities – but in reality it was almost six years ago. God I feel old.
I’ll be 22 on Monday, but I feel like being at college has aged me 50 years – both physically and mentally. I saw how excited, but nervous, these girls were on the weekend to be talking to my teammates and me and it made me reminisce on the good ole days where the most difficult decision I would have to make would be where I wanted to play.
I knew for sure I wasn’t going to be playing anywhere in Canada, not because Canada doesn’t have good lacrosse teams at the university level, but it just isn’t the same. The atmosphere of Canadian university sports is nowhere near the same as American universities and going to school in the states had always been a dream of mine ever since I started playing at a competitive level.
It’s hard to believe that at the age of 16 and 17, I was only stressed out about the decision of where I would be playing – it felt like my entire life depended on that decision. In a sense, it did because it would shape the experiences and opportunities I would have had and those are what shape you for the future.
The reason I said earlier that I feel like I have aged 50 years is simply because I have learned and have had to adapt to such a large amount of things during my four years. I have had a number of responsibilities I never even would have dreamed of having as a 16-year-old girl, and I have had opportunities I didn’t even know were possible.
I never thought I would become the person I am today. There have been challenges I have had to overcome personally and academically and as tough as they may have been while they were happening, I am glad I was able to experience them. The reason they call them life lessons is because they will carry on with you throughout your entire life.
You will always remember the one mistake that made you re-evaluate your lifestyle choices or that one job that maybe wasn’t the right choice for you – it builds the present and future you and that is something that shouldn’t be taken for granted. Mistakes happen, but it is what you do after the mistake that is the most important – change should not be feared, it should be welcomed.
Being a working, collegiate athlete has allowed me to mature and grow into a prepared 22-year-old woman who feels like she has over 50 years of experience, but can only honestly admit to having four when applying for jobs. I wonder how I will feel at 44.
BECKY HILKER
[email protected]