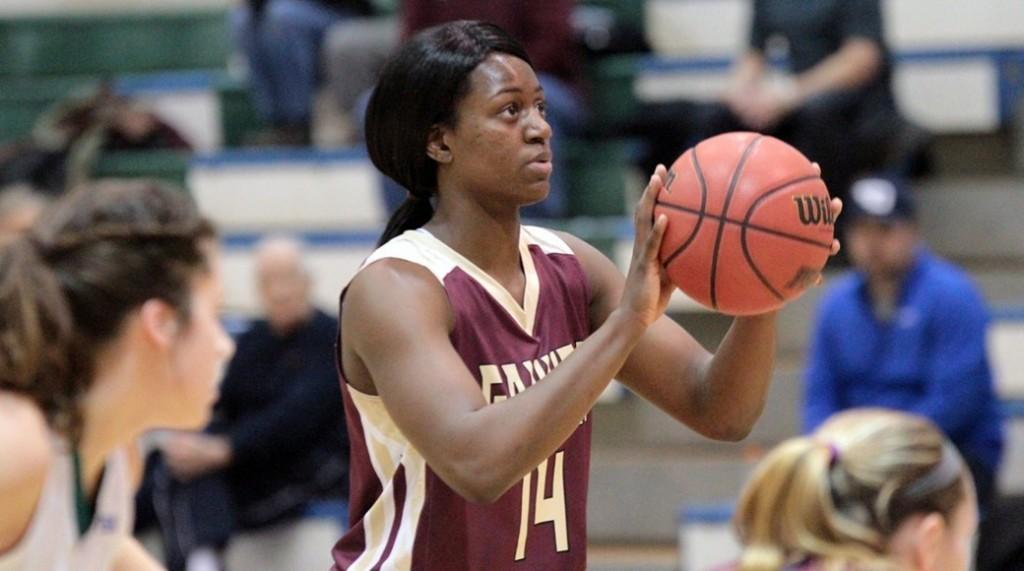 The Gannon University women’s basketball team will look to make a move in the PSAC West standings when it hosts California University of Pennsylvania at 5:30 p.m. Wednesday at the Hammermill Center.
The Knights, who improved to 16-7 overall and 14-5 in PSAC play with their 62-44 whipping of Seton Hill on Feb. 10, trail the PSAC West-leading Vulcans (18-5, 15-4) by one game and are a half-game in back of second-place Indiana University of Pennsylvania.
Gannon, which clinched a first-round home game in the PSAC Tournament with its victory over Seton ill last week, has two regular-season games remaining following Wednesday’s matchup with Cal – a road game with Slippery Rock Saturday and a home game with rival Mercyhurst on Wednesday, Feb. 24 for their senior night.
Gannon coach Jim Brunelli said one key aspect of Wednesday’s clash with Cal will be the Knights’ ability to value the ball better on the offensive side.
“We turned the ball over 18 times and lost by six in our first matchup with them,” Brunelli said in reference to the Vulcans’ 64-58 win over the Knights on Jan. 13.
“We’ve been doing a better job of taking care of the ball and also getting to the free-throw line since then.”
Gannon’s game with Seton Hill last week was the exact opposite of the first, as Gannon outscored the Griffins, 19-4, in the fourth quarter to secure the road win.
In the first game of the year between the two teams at the Hammermill Center, Seton Hill used a 22-5 run in the final period to beat the Knights.
Senior Jenny Thies recorded her sixth consecutive double-double in the Feb. 10 game, registering 18 points and 15 rebounds while adding three steals and finishing 6-of-7 from the free-throw line.
Sophomore McKenna Shives posted 12 points, and freshman Elissa Ellerbrock tied a season-high with 11 points.
Thies and fellow senior Morgan Neighbors have embraced their roles as leaders on the team, and Brunelli has noticed.
“They had to wait their turn behind some pretty great players,” Brunelli said. “They were ready when their time came, and haven’t looked back this entire season.”
Gannon held Seton Hill to 38 percent shooting, while not allowing the Griffins to shoot a single free throw in the game.
Brunelli believes the team’s chemistry and relationships off the court give them an advantage on it.
“Of the years I’ve been here so far, this is probably the most together group I’ve had,” Brunelli said.
“And we don’t claim everyone here has to hang out all the time and be best friends, but I think it says something about our program if we can stay together and understand who does what well, how we can best serve each other, and play to our ability as a team.”
Neighbors leads the Knights in scoring on the season, averaging 15.3 points per game. She’s one of four players averaging double-digits in scoring, as Thies is at 13.8, Shives at 12.1 and Brianna Brennan at 10.9 points per game. Thies also is the top rebounder at 12.7 per game.
MAX SENG
[email protected]