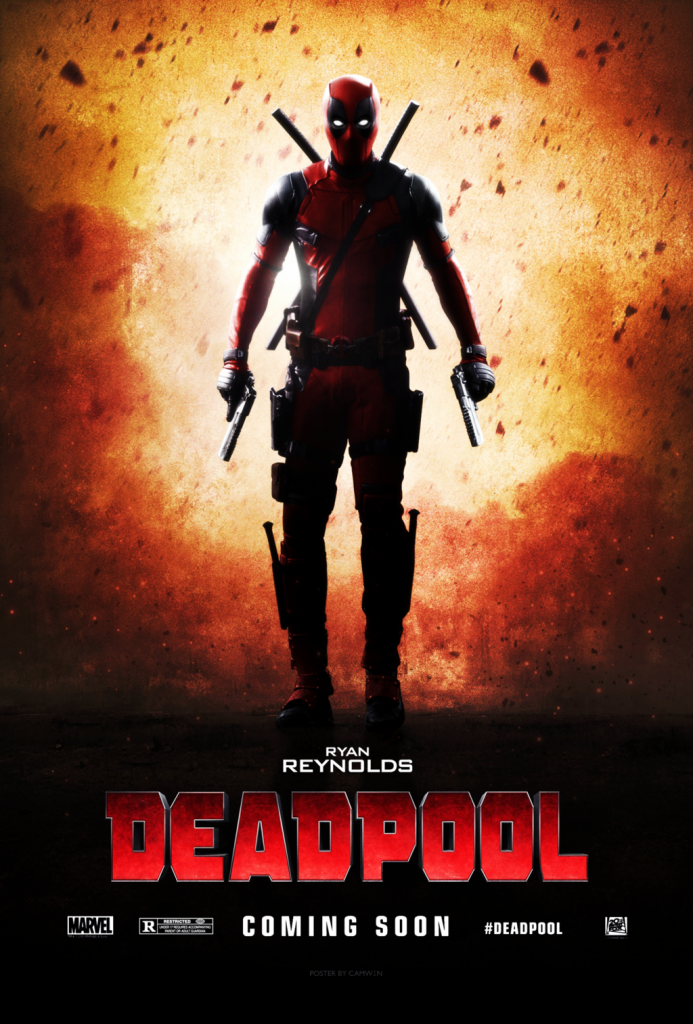 After the disgraceful Wade Wilson Marvel’s “X-Men Origins: Wolverine” presented in 2009, fans of the unconventional anti-hero were ecstatic when it was revealed that the character would be redeemed in a more authentic film.
From about mid-July to a few weeks prior to the release, it was near-impossible to scroll through a newsfeed without seeing a preview of Marvel’s latest film.
The marketing on “Deadpool” was hysterical — even going as far as using emojis (the skull, the pool and the letter L) on billboards and posters — and attention grabbing.
Without a doubt the comic powerhouse produced one of its funniest films to date, delivering the quick-witted zeal associated with one of its most underrated characters from the opening credits. Ryan Reynolds’ portrayal of the title character was hands down gut-busting.
Wade Wilson, aka Deadpool, is a man who spent his time defending teen girls from creepy guys.
He meets and falls in love with an escort, Vanessa (Morena Baccarin). Wade proposes and minutes later collapses due to terminal cancer — a diagnosis he learns at a later time.
Not wanting to put Vanessa through the agony of his deteriorating condition, he seeks help from a secret program.
The program is run by Francis Freeman, aka Ajax (Ed Skrein), who is making mutants. After torturing Wilson for weeks, he finally transitions into a mutant, curing his cancer and leaving him disfigured.
Essentially, Wilson claims the name Deadpool and seeks Freeman for a cure to get his old appearance back. In this process, Freeman takes Vanessa captive and Deadpool does everything in his power to get her back.
Deadpool and his best friend Weasel, portrayed by T.J. Miller, were the driving comedic force behind the film.
This movie left absolutely no prisoners when it came to cracking jokes.
Many jokes were made about Reynolds’ first appearance as Wade Wilson in 2009, which included multiple references to Hugh Jackman as Deadpool’s rival Wolverine.
At one point Deadpool even jokes about not being sure what actor should be portraying Professor Xavier of the X-Men because of the many films and generations associated with the franchise.
In the true nature of the famed character, a habit of breaking the fourth wall coupled with snarky remarks interspersed throughout the grotesquely graphic fight sequences ultimately made them tolerable.
The comedy kept the film fast paced and entertaining, but the plot itself was lackluster.
In true Marvel fashion, Wade Wilson’s backstory was presented; however, the presentation was done in a nonlinear fashion.
Usually this wouldn’t seem to drain the gusto of a film, but the placement of the flashbacks was somewhat random. This tactic could have been employed to supply longevity to the fight scenes.
Even with the backstory, it seemed like some aspects of the plot were glazed over to include more fighting.
Deadpool’s relationship with his blind roommate, Blind Al (Leslie Uggams), was horrifically rushed, leaving the audience with many questions.
It was clear that the intent of the film was to showcase the humor of the character instead of producing a solid plot.
A firm grasp on the Marvel universe is not needed to enjoy this hysterical film. R-rated violence, crude humor, explicit language and Reynolds’ comedic portrayal of Wade Wilson make “Deadpool” a must-see film.
TAYLOR WOLFF
[email protected]