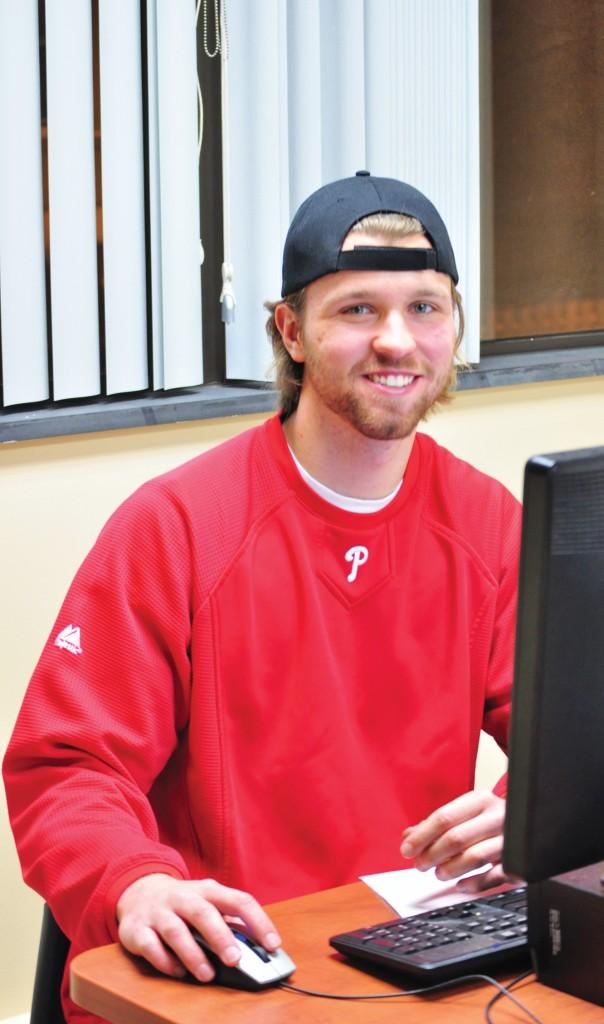 The Gannon University’s men’s club hockey team has been shredding up the ice lately, and after a 9-4 win against California University of Pennsylvania Saturday and a 5-5 tie with Daemen Friday, the men are now 9-4-5.
The weekend effort landed Gannon a formal invite to the College Hockey East playoffs. In the northern division, the Knights on ice are the top seed, which gives them a first-round bye. Overall the team is ranked No. 3.
Unfortunately, the padded men on skates don’t have any more home games to get rowdy during at the Erie Insurance Arena, but they have been keeping us proud as they gallivant around, checking teams left and right.
Just to give you some insight into what the Rev. Jason Glover and his disciples have been up to, here’s the scoop.
This past week, Gannon has been laying it down on the ice; although the Knights had an ugly game on Friday against Daemen, they still muscled out a tie and got the job done.
The next day, beaten down from the day before, they took away all the confidence that the Cal hockey team ever had and cut it up with their skates on the way to their 9-4 win.
However, that’s not the only offensive showcase the Knights have displayed this season, as they beat Carnegie Mellon, 14-5, earlier.
In the game against Daemen, the big scorers were Josh Green with two, Zak Tomblin had one, Greg Newman backhanded one and Patrick Korn netted one.
Their kryptonite was their overaggressiveness; they had 14 penalties for 42 minutes against Daemen. Korn received a DQ and a one-game suspension. I don’t know how you feel, but if you play hockey you have to expect contact, and I’m proud of their toughness out there.
On Saturday, the Knights cut back on the penalties and got to work. Even though they were short-benched with Eric Scott and Alec Battaglia being unavailable, they still put a whoopin’ on the Vulcans.
Blane Adams led the way with a hat trick while Green added two and Brennan Clouner, Newman, Tomblin and Zach Thibault each added one.
This time around, Gannon was only issued four penalties for eight minutes.
Sophomore left wing and defensive specialist John “Hockey” Roberts said he realizes that the Knights have some injuries and some guys unavailable but they have been managing the shorter bench.
“Hopefully we can keep everyone healthy for the rest of the season leading into playoffs,” Roberts said.
Coming up next, the men travel to Denison University in Granville, Ohio, for the annual I-70/71 Tournament. Their first game is at 3:45 p.m. Saturday against Xavier University. The rest of the tournament schedule can be found on their Facebook page.