Long anticipated ‘Death of a Bachelor’ released from band, Panic! at the Disco 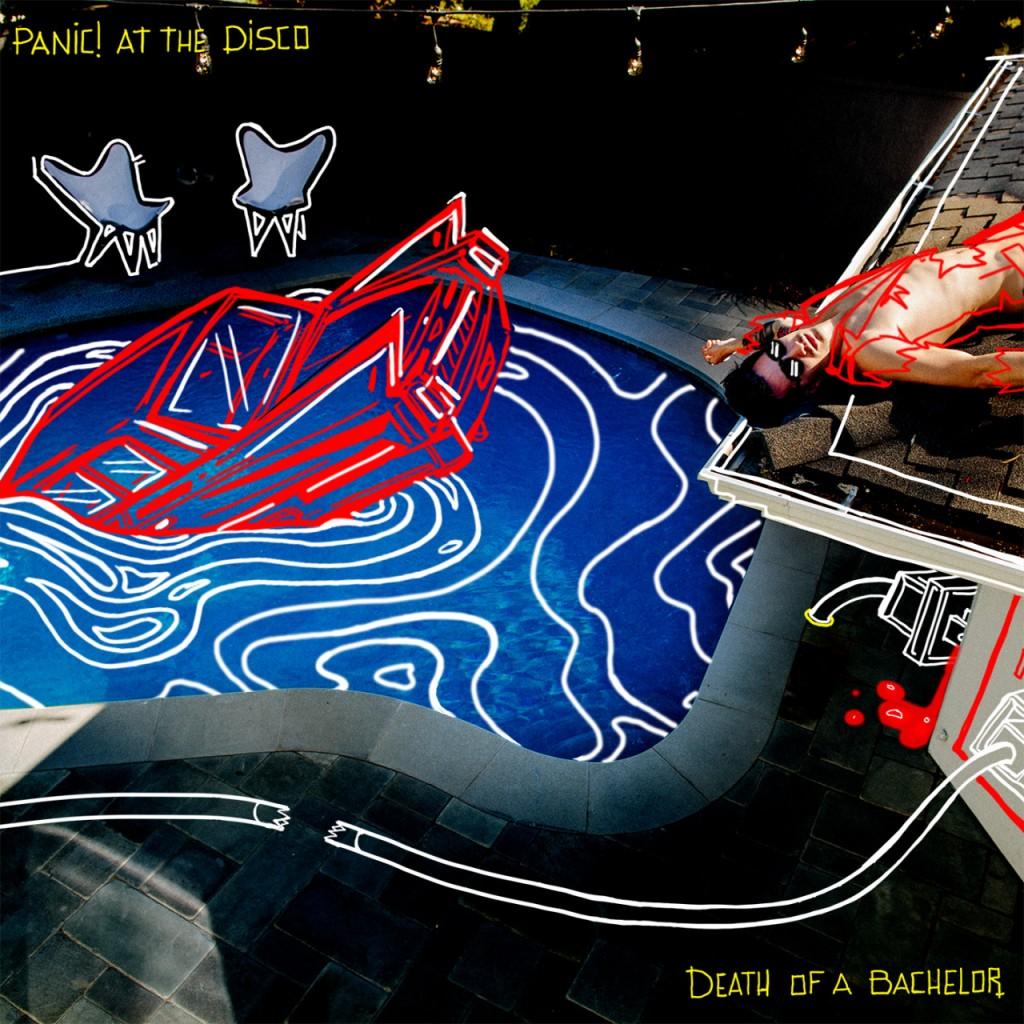 Panic! At The Disco released their fifth full length album, “Death of a Bachelor,” this past weekend. For individuals who have not spent the last 12 years following the Las Vegas-based, pop punk-emo band, one might say, “They’re still making music?”
Well yes, yes they are, and it is nothing short of fantastic.
Brendon Urie, the only remaining original member of Panic! At The Disco, describes his latest album as “a mix between Sinatra and Queen” and anyone who listens to it could have said the same thing.
Having finished writing it just before his wedding, there are hints of Urie’s own personal life dusted throughout the tracks.
The track “LA Devotee” is the most obvious, expressing Urie’s affection for the city he recently moved to.
For an artist who has been making music for over 10 years, Urie perfectly balanced “Death of a Bachelor” with the traditional Panic! At The Disco sound that has been woven into each of his five albums, while also incorporating a new and fresh flair that was first seen in his last album “Too Weird to Live, Too Rare to Die.”
Urie took a different approach with this album, however. It is evident that he spent more time making sure listeners’ focus was on his melted chocolate-like voice and goosebumps- inducing lyrics than the theatrical background sound that has been a part of his older albums. It is a new and refreshing change that anyone will enjoy.
Overall, “Death of a Bachelor” is a classic Panic! At The Disco work of art, while also mixed with a new sound that perfectly exemplifies the maturity and progression of the band.
Catch Panic! At The Disco on their summer tour this June and July with Weezer and Andrew McMahon in the Wilderness.
The concert is set to kick off June 10 at the Cynthia Woods Mitchell Pavilions in The Woodlands, Texas.