Pancakes to bring calm before storm for students 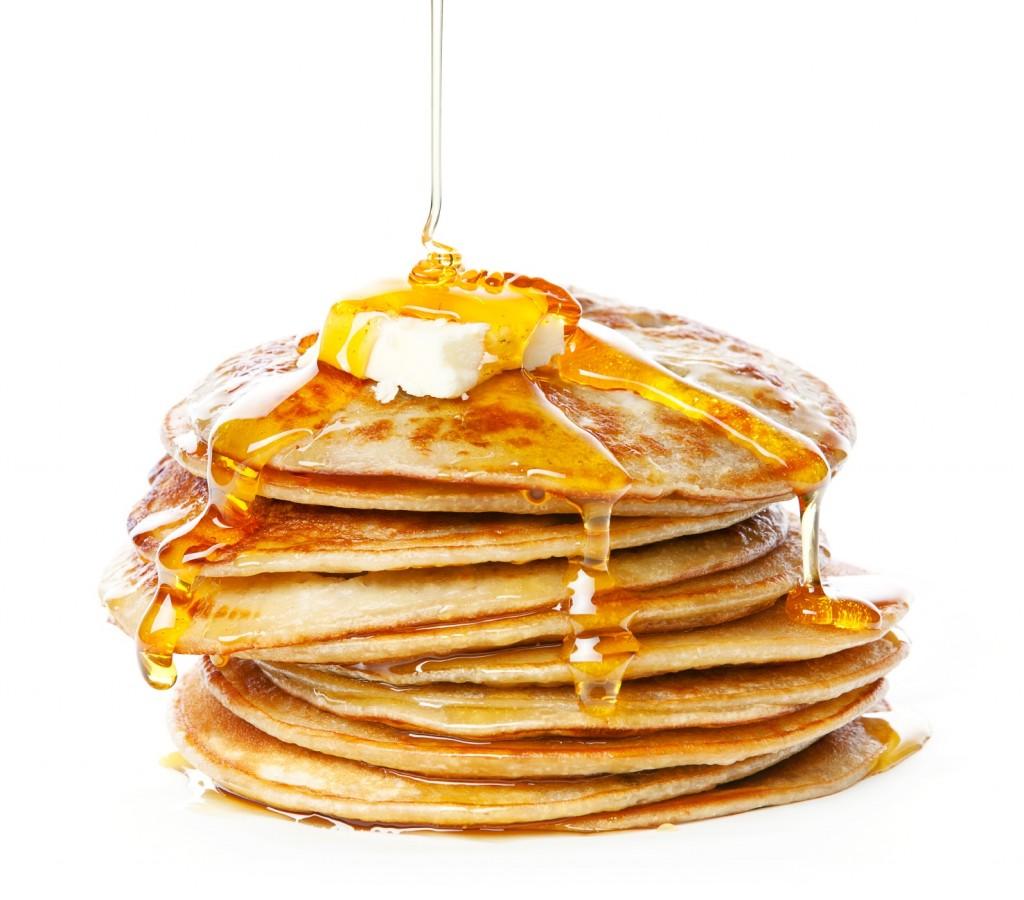 Stack of Small pancakes in syrup on white background

The Mid-Knight Pancake Breakfast is a university tradition, taking place the Sunday before the start of finals week courtesy of the President’s Office.

Jeannie Kloecker, executive secretary in the President’s Office, coordinates the entire pancake breakfast, making sure that every detail of the event falls into place.

“If it wasn’t for Jeannie, we’d all be kind of scrambling around wondering what day was the pancake dinner,” Taylor said. “Jeannie has been fantastic.”

Students are invited to dine on a pancake breakfast, as well as cheesesteak and milkshakes, served by Gannon faculty and staff at no cost with their Gannon ID card.

The cheesesteak and milkshake portion of the breakfast was added in the fall semester of 2012 and was met with much enthusiasm by both students and administration.

Janna Pizarchik, a junior occupational therapy major, is happy that the milkshakes have become a regular part of the tradition.

“I love the milkshakes,” Pizarchik said. “They’re just so good!”

Taylor said he likes the milkshakes as well.

“[For] the last couple years, one of the exciting things has been the official pre-tasting of the shakes because someone has to test the shakes out beforehand,” Taylor said.

Some students, like Nathan Demarest, a junior early childhood and special education major, prefer to dine on the more traditional breakfast foods.

“All you can eat pancakes – it doesn’t get any better than that,” Demarest said.

All of the food for the evening is provided by Metz Culinary Management.

In addition to the food, students also love the faculty presence at the event. Pizarchik, who has attended the event three times, enjoys the enthusiasm the faculty members show throughout the event.

“Every time [I’ve gone,] it’s just been amazing,” Pizarchik said. “I love that the faculty serves the food because they’re always so joyful to be there.”

“It’s really cool seeing that even the professors are willing to be there,” Peterson said.

Eric Dart, an instructor in the theology department, enjoys volunteering his time at the breakfast because it gives him an opportunity to experience time with his students outside of the classroom.

“People let their hair down a little bit,” Dart said. “You can tell students are stressed but it’s sort of a moment when they can take a deep breath and relax.”

Dart also enjoys helping students prepare for the week of finals by sharing in light-hearted conversation.

“You get to serve students in a little bit of a different way and laugh a little bit and to support them at the end of a long semester,” he said.

“[We get to] do something to sort of make the stress of finals week a little easier.”

According to Pizarchik and Taylor, the Mid-Knight Pancake Breakfast is a draw for a lot of students. Around 800-900 students attend the breakfast each semester.

“I don’t know that we have that percentage of students show up for much of anything else,” Taylor said.

Students are also eligible to win door prizes for attending the breakfast. Escorts will be available to and from all residence halls throughout the event.

Students wishing to participate in the festivities need only bring their student ID.