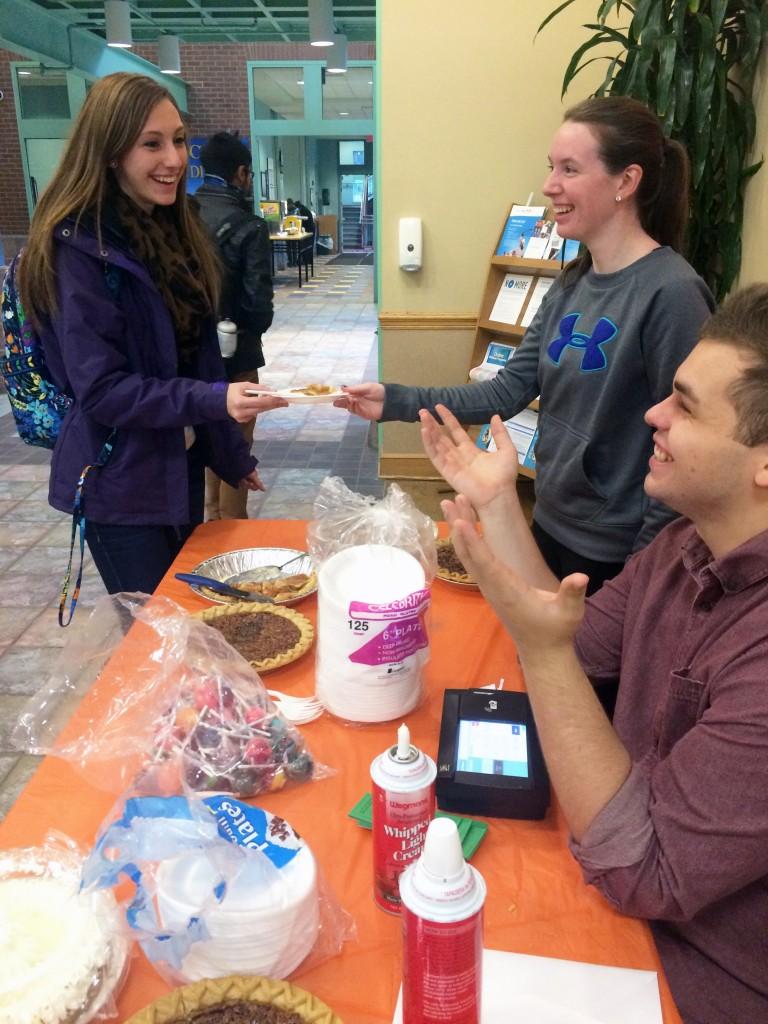 The Gannon University Social Work Club will be holding its 38th annual Christmas Dinner from 2-4 p.m. Saturday.
The dinner will be held at Club LaRiccia, located in Beyer Hall Cafeteria on the Gannon campus.
The event is free and open to everyone in the campus neighborhood, as well as everyone else in the Erie community.
The dinner is one of many examples of Gannon’s focus on service and volunteerism.
This event, which began in 1977, is specifically intended to bring holiday cheer to low-income families in the Erie area in an effort to provide them with a free Christmas dinner.
Attendance for the event will mostly be based on weather conditions and the economy, so the club is unable to predict how many guests will attend. However, in years past, the club has hosted over 600 guests.
To pull off such a large, free event, the Social Work Club must prepare months in advance in order to provide the community with a free meal. Planning began at the beginning of the school year.
In addition to the club members, assistance also comes from volunteers within Gannon faculty, sports teams, sororities, fraternities and other university-associated clubs.
To raise money for the event, members of the Social Work Club held Pie for All on Nov. 24.
Slices of pie and whole pies were sold in the hallway of Waldron from 11 a.m. to 1 p.m. and all the proceeds went toward the funding of the Christmas dinner.
The pies were baked by club members, Gannon faculty and staff and the event usually nets around $400-$500.
Lexus Frazier, a freshman pre-pharmacy major, supported the fundraiser by buying a piece of pie and was pleased to help with the event.
“It was a tasty way to help a good cause,” Frazier said.
In addition to fundraising, donations also play a big part in funding the event. Donated toys will be distributed to the children during a visit from Santa Claus during the dinner.
The club also typically gives away several donated bikes each year. Anyone who is interested in donating gifts or food items is encouraged to contact the Social Work Club.
Sara Lichtenwalter, Ph. D., an associate professor in the social work program, and Stacy Trayer, co-president of the Social Work Club, hope to be able to give back to the Erie community with this event.
“We want to establish relations with the community and give back to the community where we live, learn and labor,” they said in a joint statement.
“We just want to nourish folks with a great meal and good conversation.”
Those who would like more information on the dinner or would like to volunteer, are encouraged to contact Lichtenwalter at [email protected]
OLIVIA BURGER
[email protected]