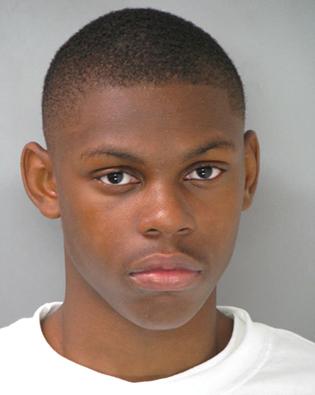 The Erie teen wanted in connection with two armed robberies near Gannon University’s campus has been arrested.
According to the Erie Police Department, Shawn Payne, 17, was arrested Tuesday on two counts of robbery with the threat of immediate serious bodily injury, two counts of theft by unlawful taking of movable property, two counts of receiving stolen property and one count of carrying an air rifle as a minor.
Payne, will be tried as an adult according to the two warrants signed by Erie 6th District Judge Dominick DiPaolo.
He is currently under investigation for his suspected involvement in a third incident that involved a Gannon student.
The first robbery that Payne is charged with occurred in the 200 block of West Eighth Street around 5:45 a.m. Nov. 4. An Erie woman, who is not a Gannon student, was walking to work when she said somebody came up behind her.
According to an affidavit of probable cause written by Erie Police Detective Chris Janus, she said she felt the suspect press a gun to the back of her neck and demanded her money and cell phone.
According to the affidavit, the victim said the robber took her purse off her shoulder and grabbed her phone from her back pocket.
Payne is also charged in a second event that occurred around 6:30 p.m. Nov. 16.
Police say Payne, on a bicycle, robbed a female Gannon student in the 400 block of West Sixth Street.
The suspect hit the victim on the shoulder with a handgun and demanded her phone, according to the affidavit. The victim gave him her phone and her purse.
Police issued a search warrant for Payne’s residence Friday, in which a pellet gun was found in Payne’s bedroom.
According to the Erie-Times News, police said they are also considering Payne as a suspect in another robbery of a Gannon student near campus but did not provide details.
A court date has not yet been set for Payne.