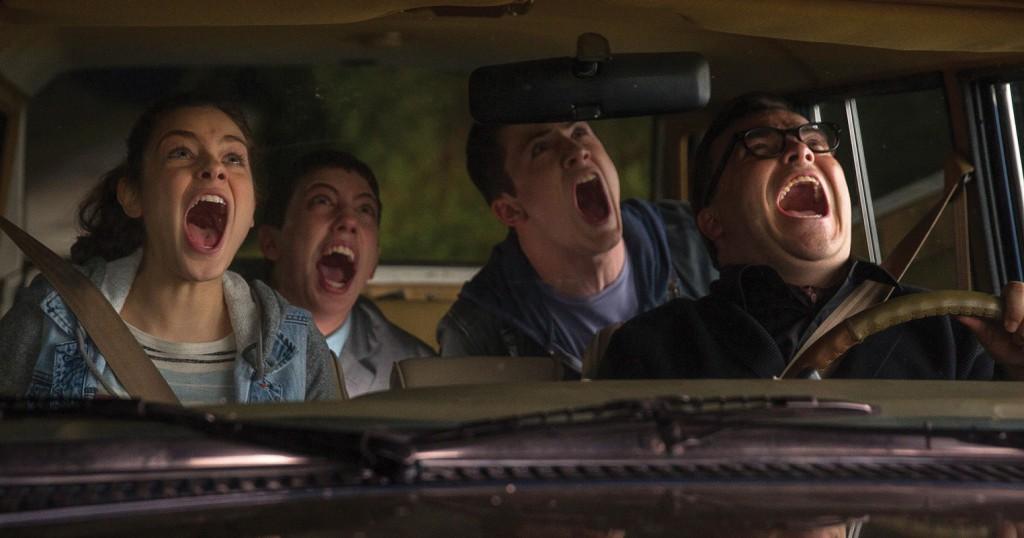 With over 400 million copies sold in 32 different languages worldwide, it’s no wonder the famous “Goosebumps,” novels have been turned into a motion picture.

Halloween is approaching swiftly, and that’s enough reason to relive your middle school days and watch the new “Goosebumps” movie.

Unlike every other film based on the infamous books, director Rob Letterman takes a new spin on these horrific stories. Compiled in 1 hour and 43 minutes are every “Goosebumps,” book ever written—all the danger, all the fright, all the suspense jammed into one movie.

Although depicted as a horror film, this movie brings a sense of chills only a child could experience alone in the dark and, as a growing adult, is just a good reminder of the late nights keeping an eye open before bed for the monsters I’d read about that night.

The movie opens with the main character Zach, played by Dylan Minnette, and his recently widowed mother, actress Amy Ryan, as they begin their move to Madison, Del. Zach is intrigued by his cute new neighbor, Hannah, played by actress Odeya Rush, but any attraction is quickly concealed when he meets her loud and protective father, actor Jack Black, who is really R.L. Stine in disguise.

Hannah sneaks out to meet her new neighbor, sparks fly between the two love-struck teens, but her father refuses to let any relationship happen and whisks her away to the house, forbidding her to leave.

Zach fears that he hears a household dispute and ventures into the house to find and save Hannah. Instead of being a hero though, Zach uncovers every “Goosebumps,” novel manuscript and discovers Hannah’s father is the author.

He cracks open the cover and unleashes a beast only believable in our imaginations, the “Abominable Snowman of Pasadena.” Hannah and Zach scramble to put the monster back in the book but end up unleashing a creature worse, Slappy, the ventriloquist dummy.

Slappy thinks up a plan to cause destruction to all of Madison as revenge for Stine locking him inside a book for so many years. As Slappy opens up all the books, Stine and the kids attempt to save the city before it becomes a complete nightmare.

Overall, the dialogue has simple and quick humor that will bring a chuckle or smile to anyone’s face. Animation was believable and fun to watch as the characters of “Goosebumps,” literally came off the page and into real life.

As stated before, the film wasn’t very scary, unless you were the 40-year-old woman who sat in front of me and screamed every time something popped on screen. I don’t know if she was honestly afraid or just didn’t get out much.

The movie appeared as more of an adventure, but those young at heart may be scared by zombies popping out of graves, man-eating plants or a werewolf in shorts — although I was expecting the werewolf to be Taylor Lautner making a guest appearance.

The movie was worth the price of admission with enough action to keep you entertained. Although entertaining to watch, don’t worry about going alone; the scares in this movie a baby could handle.