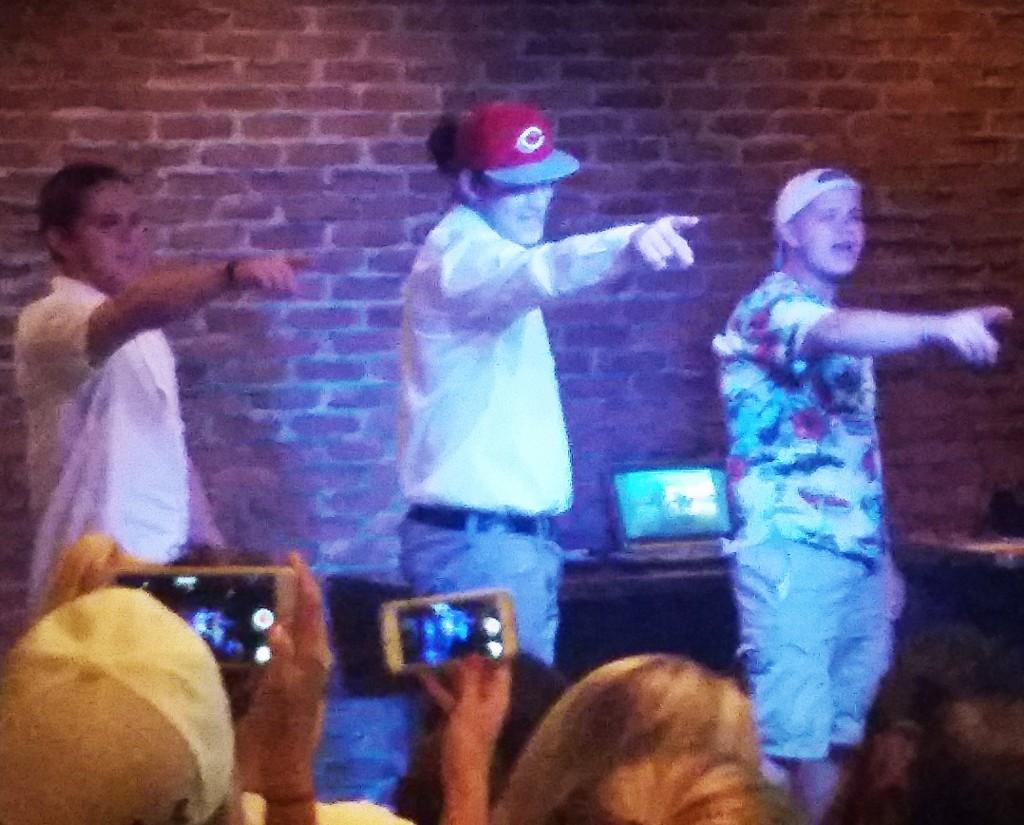 The Knight Club hosted the beautiful, melodic voices of young freshmen Thursday, but they weren’t the ones singing. Finegan Hall contributed its finest freshmen in a performance of a lifetime, a Lip-Sync Battle.

You may have seen celebrities face off on late night shows with Jimmy Fallon or Spike, but never have you witnessed a competition more hilarious than the one involving young Gannon freshmen jamming to Disney hits like “I’ll Make a Man Out of You.”

The Finegan staff organized this program as a way to let residents interact outside the academic area, but also in an alcohol-free environment. Their plan worked, bringing close to 120 residents.

The club was stuffed with freshmen, cheering on their friends, laughing with the performers and enjoying every bit of “singing talent” their classmates had to offer.

A variety of songs were performed, from today’s hits like “Call Me Maybe,” by Carlye Rae Jepsen and all-time crowd pleasers like “Hot in Herre,” by Nelly.

The battle consisted of two rounds; the first introduced all the contestants to the crowd, letting them perform their first prepared song. The competition was judged by Finegan staff, RA and sophomore nursing major Tierra Johnson, RA and psychology major Giona DiMarco and Finegan RD Maddy Hauck.

After tough deliberation, the judges narrowed the competition down to three groups. These groups performed one final number before the winner was announced.

The last round was neck and neck, with wild dancing, hair flipping and some stripping. It left the audience crying tears of laughter, unable to handle anymore.

After the last song, where the one group lip-synced “Everytime We Touch,” by Cascada, wearing three layers of T-shirts with her song lyrics on them, and ripping them off after each chorus, the judges had to make their final decision.

The judges gave out the awards for runner-up, which was given to a group called 2 A.M.ers, and Grand Champion, which went to the group BB’s and Connor.

Johnson, who helped organize this event, said they hoped to bring the Finegan community together in an exciting and active way.

“Encouraging residents to participate in this event was a vital piece to the puzzle,” Johnson said.

It’s clear to see the program was a hit. The crowd participated and sang along with each song selection, even making requests in between judging to lip-sync just for fun.

Freshman nursing major Katelynn Rice attended the battle and thought it was hysterical.

“I had a good time singing along to all the songs, and watching everyone rock out on stage,” Rice said.

Finegan Hall will continue to have more building-wide programs; this was just the start of all the fun that is yet to come.