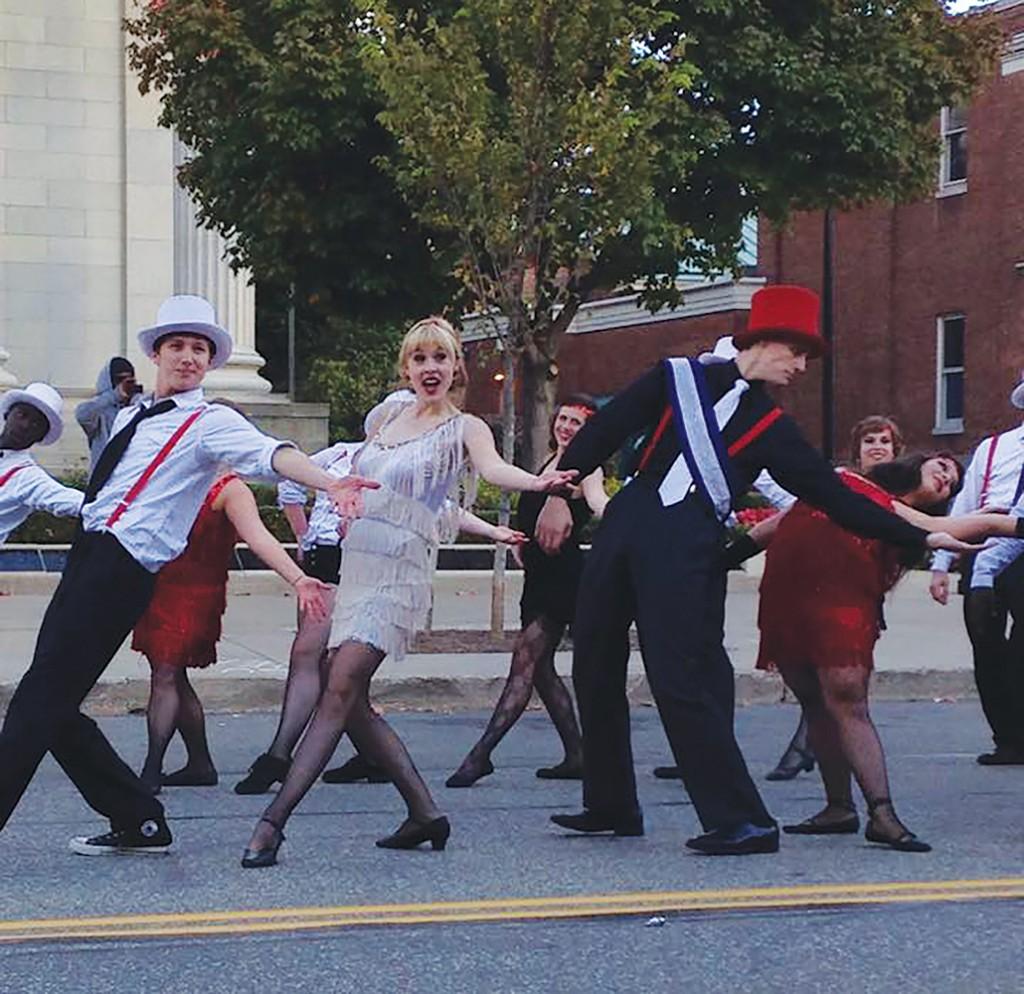 While baseball is often considered “America’s Pastime,” football quickly stepped up to the plate to become the most popular sport in the United States, currently holding a 30-year streak of being the most beloved sport in America.

In a Harris Poll conducted in 2014, 35 percent of sports fans identified American football as their favorite sport, with baseball trailing behind at 14 percent and college football ranking in at 11 percent.

So it’s no surprise, considering the magnitude of football mania in the U.S., that the tradition of Homecoming is long-lasting and such a staple in the world of higher education.

Coming from high school, we expect the cheesy balloon arches and awkward dance dates, but Homecoming is much larger and grander than that.

Sure, there is still awkward dancing and a plethora of sequined shoes, but the whole week of Homecoming plays host to special events and activities around campus.

The main event is the Golden Knights Homecoming game, which will take place at noon on Saturday against Slippery Rock at the McConnell Family Stadium.

Aside from the game, the most anticipated parts of the weekend are the Homecoming Parade on Saturday morning and the actual dance at night (although many will contest that the midnight pancake breakfast is the highlight of the evening).

The parade itself is more than just a parade. It’s a competition. For various organizations on campus, it’s the time to play their “A Knight in Hollywood,” themed mixtape and cut a rug for a chance to win the coveted “Best Dance” award.

Each group gets up to six minutes to “wow” the judges with its moves, costumes/outfits, creativity and enthusiasm. What ensues after the parade and through the day until the dance is an air of anticipation. Who won for best banner and who will take home the “Best Dance” trophy?

Tom Barton, a junior theatre and communication arts major, said his favorite part of participating in the Homecoming Parade is just being able to get together with a bunch of other people and let loose.

While it is a competition, Barton’s words exemplify the true spirit of the Homecoming Parade.

It is a time for Gannon students, faculty and the Erie community to come together, enjoy good company, enjoy good music and a good game of football.

For all who have participated in the dance aspect of the parade, there is an anticipation and fear associated with the approaching show time.

In the late hours of the night, there is a blur of learning choreography for untrained feet and hoping that no major mishap will occur the morning of the parade.

While each bone in a person’s body is exhausted and some inevitable forgotten dance move occurs, the end result is amazing no matter the actual aesthetics – camaraderie and the true spirit of Homecoming week.

The Homecoming Parade will start at 9 a.m. Saturday in front of the Courthouse on West Sixth Street. For more information go to gannonalumni.org.