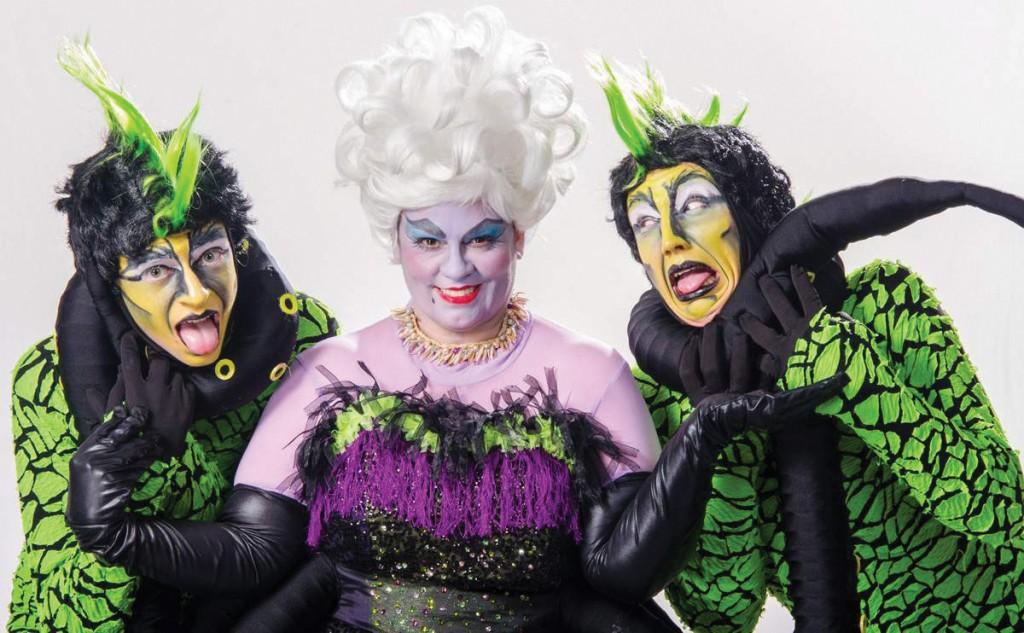 From “The Lion King” to “Cinderella,” the timeless fairytales and stories of Disney are continually adapted to fit the challenges of live theater. The Erie Playhouse has taken on that challenge, bringing the animated world of “The Little Mermaid,” to life.
Though certain limitations exist, the Playhouse managed to create a production that was one of its most impressive this year. Nicole Lossie, a Gannon alumna and current enrollment communications coordinator, portrays the iconic mermaid princess, Ariel, with the poise and giddiness a true professional should bring to the role.
Her vocal strength and physicality brings the character straight from screen to stage, much to the delight of the hordes of excited children at a recent performance.
The stage adaptation incorporates additional musical numbers that are not part of the movie. Though these may have been added to broaden the storyline and lengthen the production for a full show, the extra songs are not cohesive with the original music and lend to a few tiresome scenes.
Even with the exhaustive nature of the extensive added scenes, the actors bring forth impressive vocal and acting talents. Ursula, portrayed by Lizdel Collado, is as sassy and as menacing as her animated counterpart.
Collado’s singing brings awe and engagement for the sheer power and beauty it unleashes. The scenes at Ursula’s lair with her eel minions, portrayed by Zak Westfall and Ross Fagan, captures the eerie, dank, villainous mood without having to rely on elaborate scenery.
One added scene in particular is the opposite of exhaustive. Chef Louis, beloved comedic relief and performer of “Les Poissons,” leads a silly slapstick scene involving the crab Sebastian, a plethora of waiters, one table and a whole lot of laughs.
Kyle Filbeck, the amusing man behind the moustache, brings to life the entertaining supporting character with more ease than most could do.
Of the multitude of technical workings, possibly one of the most impressive aspects of the production is the costume design. Costume designers Angela Howell and Richard Davis visually created the vibrancy and playfulness the characters of the undersea world display in their personalities and movements.
In particular, each sea creature within the “Under the Sea,” number has a costume that creatively modifies the look of the underwater lifeform to fit the human body portraying it.
Even with the impressive nature of the various ensemble costumes, the most remarkable display is in the elegance of the mermaid outfits. The difficulties posed in making a finned female stand on two legs without destroying the illusion of being legless was no match for the innovativeness and strong design abilities of Howell and Davis.
There are upcoming performances Thursday, Friday and Saturday at 8 p.m. as well as 2 p.m. Sunday. For more information, visit www.erieplayhouse.org.
CASSIE BIELECKI
[email protected]