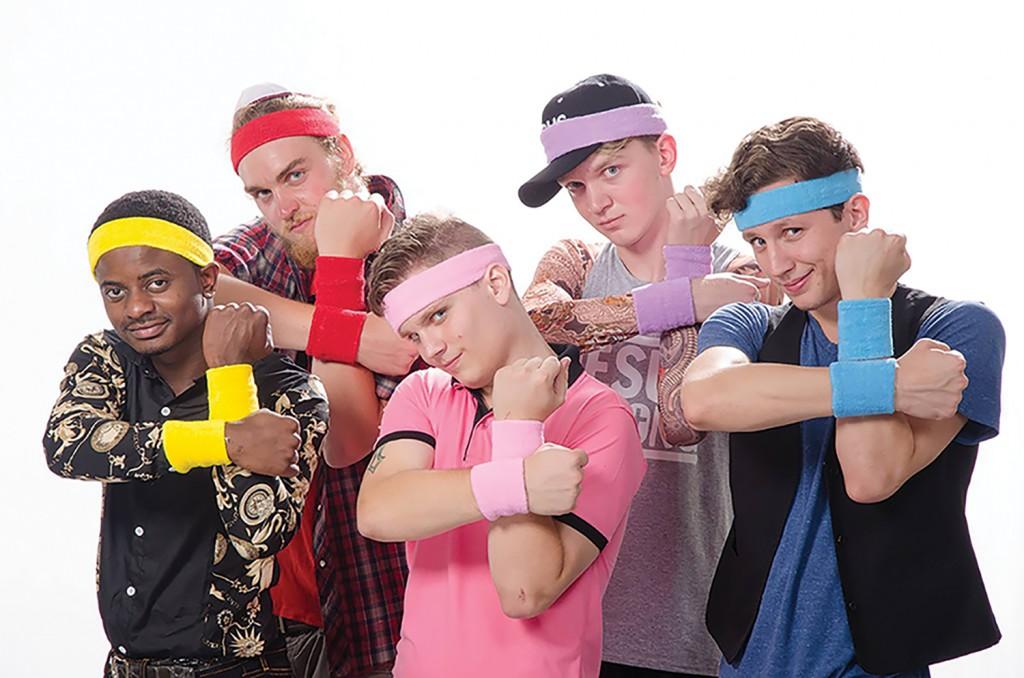 Gannon University’s Schuster Theatre started its 2015-2016 Main Stage Season on a strong note with its production of “Altar Boyz.”

With a style similar to “The Book of Mormon,” this musical comedy focuses on the fictional religious boyband from Ohio known as the Altar Boyz.

The members of the band, Matthew, played by Zak Westfall; Mark, played by Chase Miles; Luke, played by Seamus Clerkin; Juan, played by Will Atonfack; and Abraham, played by Zach Hyman; came together through their love of music, fashion and choreography to spread the word of God.

While on their “Raise the Praise” tour the boy band uses its machine the “Soul Sensor DX-12,” sponsored by Sony, to detect the corrupt souls of the audience members. In order to save the souls of their fans they must inspire them to change their sinful ways through Christian pop songs.

From the moment they walked out on stage, every member of the cast was filled with high energy that lasted from start to finish which, in turn, caused the crowd to crave more of their foot-tapping tunes.

Two of the many memorable songs were “I Am A Catholic,” where Mark proclaims who he truly is to the world, and “The Miracle Song,” in which all the Altar Boyz reenact some of the miracles performed by Jesus.

Both of these songs encapsulated the satirical style of comedy that could be found throughout the entire show.

An element used that heightened the performance was the choreography. Many of the dance moves that appeared in the show were inspired by aerobic workout videos from the ‘80s and some popularized modern dance moves like “whip” and “nae nae.”

To some, the choreography may seem like a minor part on the grand scale of things, but in this case it elevated the songs in a way that made them even funnier.

It was very easy to tell that the cast enjoyed one another’s company and that they worked very well together.

They played off each other’s energy and created a fun upbeat atmosphere that was perfect for this concert-style musical.

The cast members also knew how to play up the crowd to their advantage. Even before the show actually started, Westfall, Miles, Clerkin, Atonfack and Hyman were out greeting the audience members as their characters.

This was a small detail that could have been easily overlooked, but it made the crowd feel as though they knew who the characters were and felt comfortable enough to get involved in the production.

From the songs to the choreography this production had everything you would see at an actual concert.

The cast knew what they had to do to pull off a successful performance and they were able to work together to fulfill that goal.

Overall, “Altar Boyz” was a highly entertaining performance and a great way to start out the Schuster Theatre’s season.