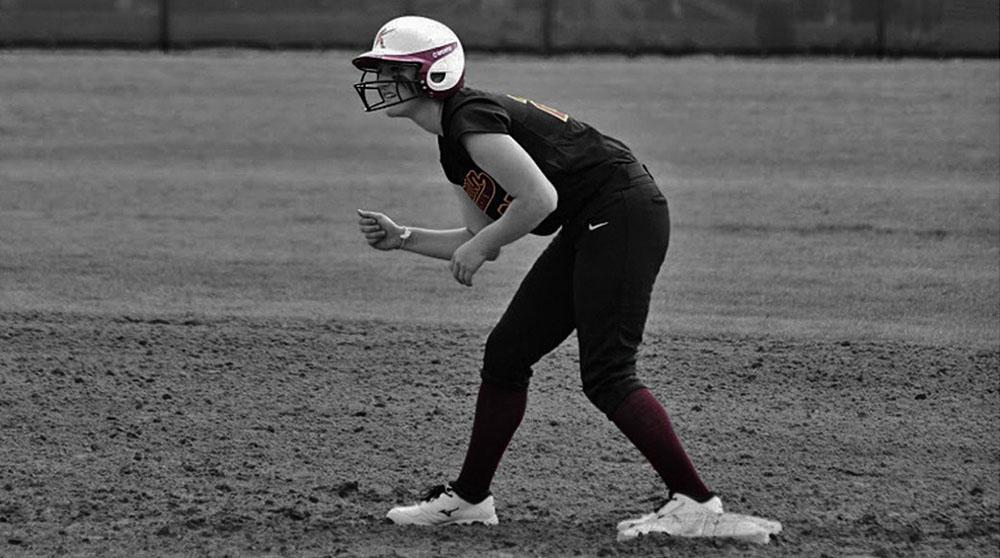 The Gannon University softball team split a doubleheader with Indiana University of Pennsylvania Monday in the regular-season finale at Podbielski Field.

Junior Rachel deGuia drove in the game-winning run in the top of the eighth inning, as Gannon held off the Crimson Hawks, 4-3, in game one of the double header, before dropping game two, 6-4.

The Knights (25-12, 19-7 PSAC), who open play in the PSAC playoffs on Thursday against Bloomsburg, got on the board first with one run in the top of the third when Allie Salerno scored on a wild pitch.

Alyssa Bates expanded the Gannon lead with a two-run single in the top of the fifth to give the Knights a 3-0 lead.

After Gannon went in front on deGuia’s single in the top of the eighth, IUP failed to get any batters on base in the bottom of the eighth.

Gannon saw a 4-1 lead in the top of the third disappear, as the Hawks came from behind to grab game two of the doubleheader, 6-4.

IUP pulled within one on a two-run home run by Rachel Francis in the bottom of the fourth inning.

Francis would do it again in the bottom of the sixth, this time with a solo shot to right center, to tie the game 4-4. Amanda Parrish hit a two-run single to give Indiana a 6-4 lead.

California University of Pennsylvania swept Gannon on Friday, handing the Knights 12-2 and 6-2 losses in a PSAC doubleheader.

Gannon bounced back on Saturday with a split with Seton Hill at Gannon University Field.

A sweep of Pitt-Johnstown on Sunday gave the Knights back-to-back wins for the first time since taking both games against Slippery Rock on April 21.

The Knights enter the PSAC Tournament winning eight of their last 12 contests.

Gannon will take on Bloomsburg Thursday in round one of the playoffs at Quakertown, Pa.

The Knights will enter the tournament with a No. 3 seed from the West in the eight-team field with the top-four teams from each division.