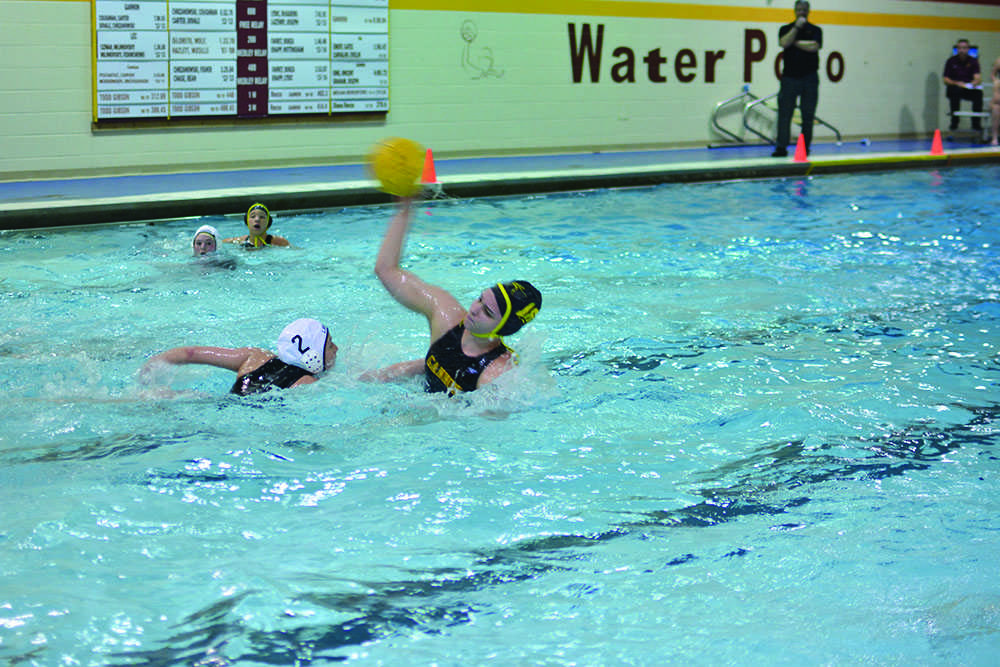 The Knights were able to bring the game within one goal late in the fourth quarter with their home crowd behind them, but the Lakers (10-7) were able to hold off a late Gannon surge in the first game of the Gannon-hosted tournament.

Coach Don Sherman said he was disappointed with the outcome, but added that he was thankful to the loyal Knights fan base that makes Gannon and Mercyhurst matchups such an awesome rivalry.

“When we go out there, we fill up their stands with our fans, and when they come here we load up our stands,” he said. “It’s always a great game.”

The Knights (2-11) fell behind 4-1 in the first quarter, but were able to bounce back in the second. Junior Shanen Lazenby netted a goal in second quarter to cut the Lakers’ lead to 4-3 with 5 minutes, 12 seconds remaining.

Lazenby, who finished the game with three goals, said it’s always exciting to be a part of such a historic rivalry. “It’s definitely a big one,” she said. “This game is always hyped up and we had a huge crowd.”

Mercyhurst scored two more goals before Lazenby added another to limit the Lakers to a 6-4 advantage at halftime.

Lazenby opened the third quarter by netting her third goal to cut the lead to 6-5. Sophomore goalkeeper Emily Rodriguez made three big blocks in a row before conceding a goal to give Mercyhurst a 7-5 lead going into the fourth quarter.

Each time Rodriguez, who finished the game with 14 blocks, made a save her mother, Amy Rodriguez, rang a cowbell. As the sound reverberated throughout the Carneval Athletic Pavilion, it fired up the Gannon supporters as well as the Knights.

“The fans were fantastic,” Rodriguez said. “And my mom with the cow bell really pumped me up a lot. It really gets me going to see so many people at this university support us.”

Rodriguez said it was difficult when reconstruction of the Carneval Athletic Pavilion left the Knights without a home pool for the 2014 season, but now – with the renovations complete – the home crowd is able to be a part of the game again.

Sherman said the support by the Knights fans hasn’t gone unnoticed by other water polo programs that have ventured to Gannon.

“Even Princeton, Harvard and Bucknell comment on how huge our crowd is,” he said.

Freshman Alison Cooney scored three of her team-high four goals in the fourth quarter to give Gannon a chance to win the game. She limited Mercyhurst’s lead to 10-9 with 3:55 left, but the Lady Knights were unable to close the gap.

Sherman said despite the loss, the rivalry will continue until both teams meet again.

“We found a nice niche here and I appreciate every fan who comes out and gives their support,” Sherman said.  “It makes it a wonderful thing only being three miles apart.”

The Knights finished the Gannon tournament with a pair of losses to Hartwick College, 19-10, and Bucknell University, 14-10, Saturday. Liz Barr led the Knights with a combined seven goals in the two games, and Rodriguez finished the contests with six blocks.

Gannon will be back in the pool at 5:20 p.m. Saturday to take on the University of Michigan at the Indiana Tournament in Bloomington, Ind.

The Knights will then faceoff at 10:20 a.m. against Notre Dame College and at 2 p.m. against Indiana University Sunday.