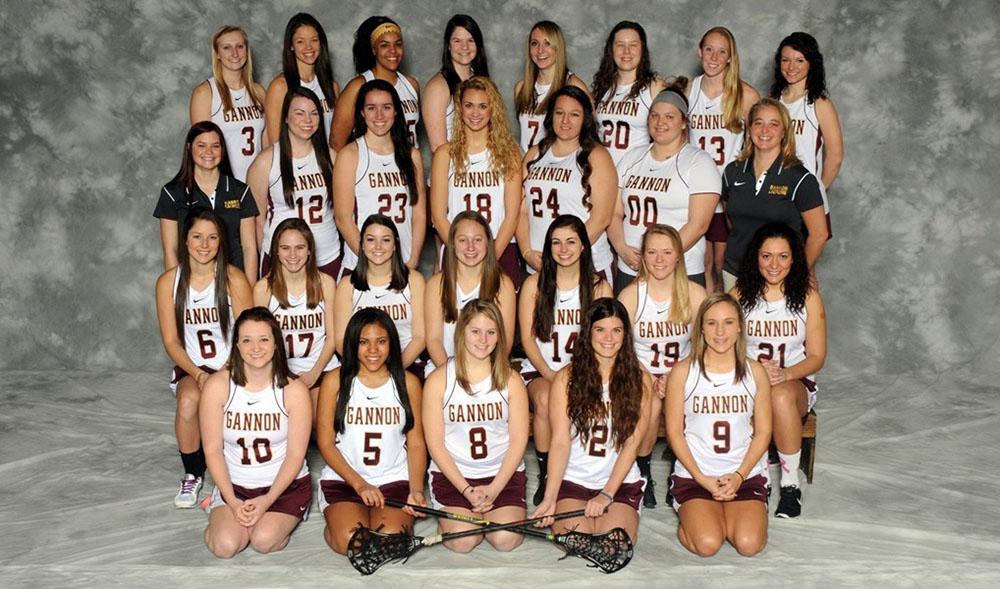 The Gannon University women’s lacrosse team has had a full plate since the start of Spring break, and the past few weeks haven’t been any different.

The Knights dominated the field last Thursday in their 2015 home opener with an 18-7 nonconference victory over Lake Erie College, marking the team’s third consecutive win.

Sophomore Tessa Mitchell, who also scored two goals that helped contribute to the initial 9-0 lead, said the Knights just had the right mentality to put them in the winning spot.

“We came out working together and playing a complete game,” she said. “Our defense and offense were both doing what they needed to do and the combination of the two helped us get such a strong start.”

The Knights pulled together two days later in their matchup against Seton Hill to come back from a 14-7 deficit, but still fell to the Griffins, 14-12, in the PSAC season opener.

Gannon trailed twice by as many as seven goals, but jump-started its offense midway through the second half and closed the game by scoring five straight goals. But by that point, it was too late.

“We went into the game with the wrong mindset,” said Mitchell, who had continued her impressive scoring trend from the previous two games with a two-point contribution against the Griffins. “We came out thinking that they were the better team.

“Once we realized that we had the chance to win, we went for it and scored a couple of quick goals, but it was already too late in the game to finish with a win.”

The losses continued on the road with the Knights’ falling to Indiana University of Pennsylvania Tuesday evening, 17-10.

Although Gannon started strong and trailed just 9-7 at halftime, the Knights couldn’t quite keep up in the second half. With no way to stop the Hawks’ hustle, the Knights were outscored 8-3 in the final 30 minutes and fell to 3-4 overall and 0-2 in PSAC play.

Gannon returns to action at 3 p.m. Friday against Bloomsburg University at Gannon University Field and follows that game with another matchup at home at 3 p.m. Saturday against East Stroudsburg.